PHILIPPINES, JANUARY 19, 2018 – Lenovo, the world’s leading PC manufacturer, announced that it will once again host “Legion of Champions Series II” (LoC) (formerly League of Champions), a major gaming competition in the region. In collaboration with Intel, the second edition of this gaming battle is expected to bring even more excitement to Asia’s gaming scene with three new markets joining the championship. Teams from eight markets competed in their local finals, and winning teams will gather in Bangkok, Thailand, later this month for the ultimate show down.

In the Philippines, the series of exciting recruitment activities for LoC teams kick-started in November 2017, in partnership with Garena PH.

A total of 565 passionate gamers and 113 teams went through 7 elimination rounds / phases. The in-market finals, which was held last December 9, 2017, saw highly talented gamers in the Philippines battle it out. The last team left standing – Wargods Redlyt – will be representing the Philippines in the finals. 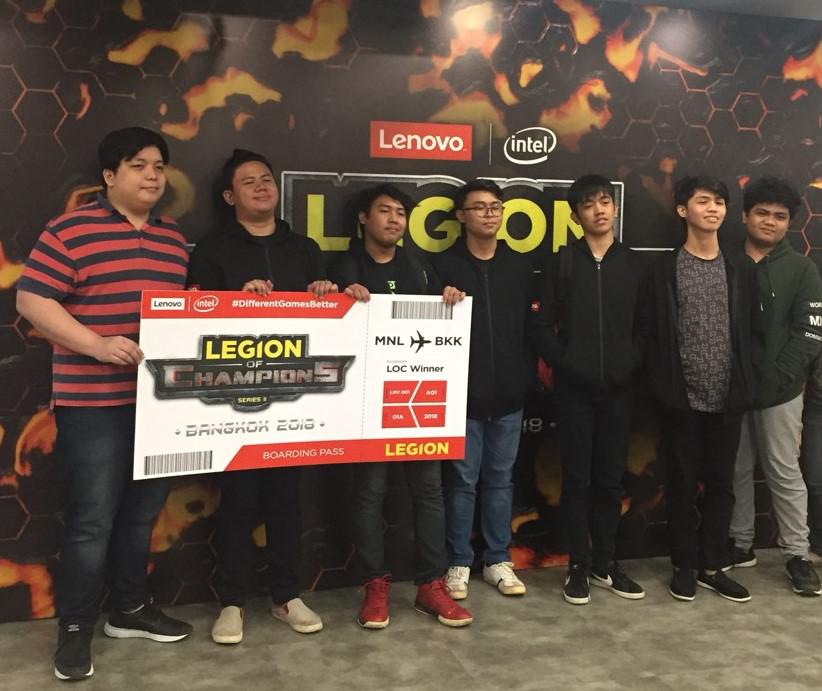 Edrian “WG DoeDoii RL” Brancia from Redlyt said, “Gaming has become such a huge and vibrant community in Asia. This is possible only because of the support from brands like Lenovo, who provides us with a platform to realize our potential as gamers. I am looking forward to meeting fellow gamers in the region at the finals.”

Kevin Joseph “WG Persona RL” Ramos added, “I was very impressed with the quality and scale of last year’s tournament and I’m thrilled to hear that it will be even bigger this year. I am honored to get this opportunity to meet other top-notch gamers in the region.”