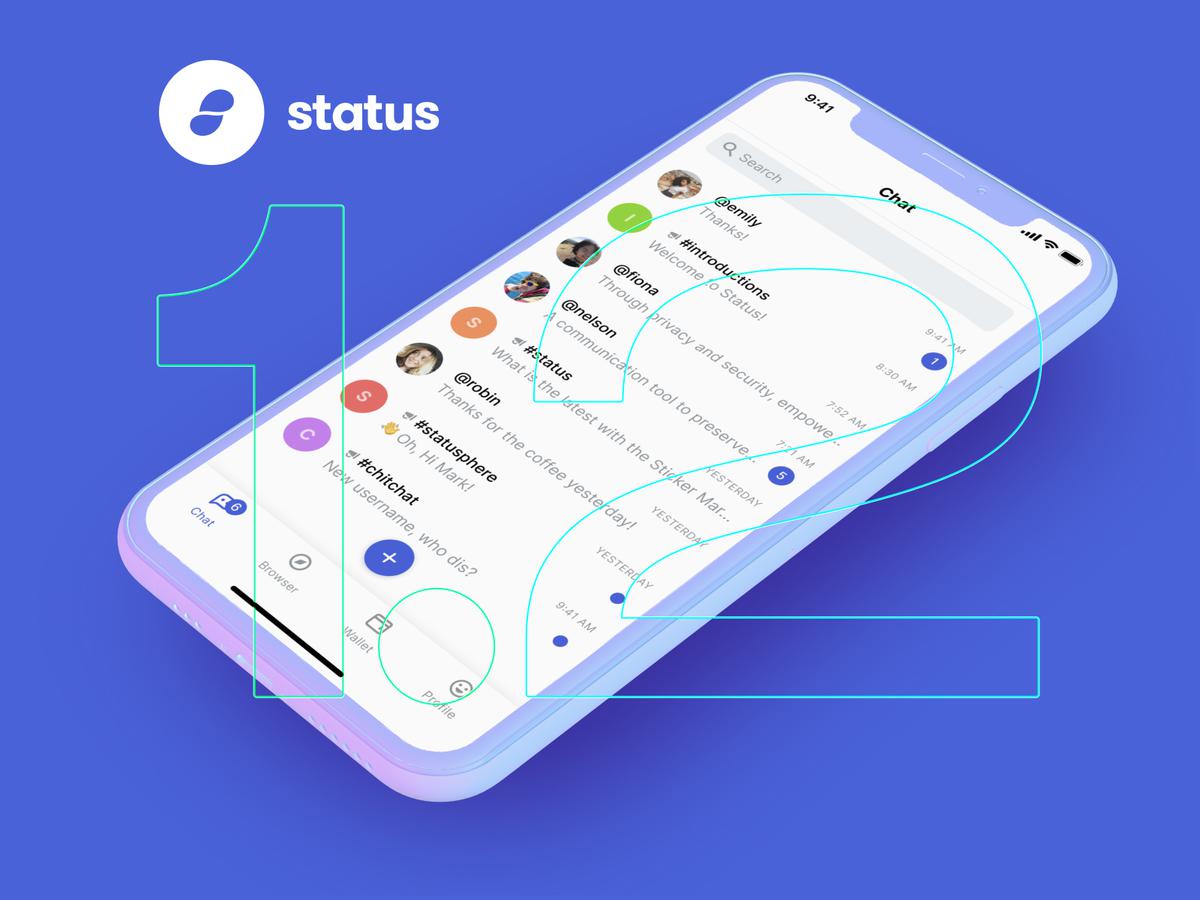 This iOS and Android app brings the benefits of blockchain to regions with unreliable payment systems, censorship, and surveillance

The Status Network, a blockchain infrastructure builder, has released version 1.2 of its flagship consumer mobile application, the Status App. This update to the secure peer-to-peer messenger, Web3 browser, and crypto wallet arrives less than two months after the version 1.0 release and introduces Waku, a fork of the Whisper peer-to-peer messaging protocol. Waku can handle ten times as many daily active users as Whisper before bandwidth consumption becomes an issue, and with upcoming releases Status expects to push this number even further.

Status messaging employs a peer-to-peer protocol to ensure better privacy, user data ownership, and resistance to censorship. Whisper was originally designed as the peer-to-peer messaging layer of the Ethereum stack. However, with general scalability a growing challenge and much of the Ethereum ecosystem’s efforts and resources focused on Eth1.X and Eth2.0, Status willingly picked the Messaging mantle and began work on its own implementation of Whisper.

The team quickly realized that Whisper presented a number of design issues; almost immediately when it comes to scalability and bandwidth usage. The Status Network’s Vac team took quick action to address these shortcomings.

Oskar Thorén, head of engineering at Status Network, said: “Whisper was originally the messaging pillar for Web3. However, it had many shortcomings, especially for running on mobile. With Waku, we are evolving the protocol to address many of these shortcomings and make it much better suited for running on mobile phones, especially when it comes to users with a limited data plan. There is still a lot of work to be done, and this is just the first step. Stay tuned for future updates.”

The Status App is available on iOS and Android. The app provides seamless access to a peer-to-peer messenger with private and public channels, a secure crypto wallet, and a secure Web3 browser.

To download the Status App for free, visit the Google Play or the App Store. For developers, Status Network infrastructure is open source and available everywhere through Status.im/docs.

About The Status Network

The Status Network is a globally distributed collective working to build products, tools, and infrastructure for resilient, sustainable and inclusive communities:

The Status Network team is working to combat financial and political oppression using blockchain and other emerging technologies.

Safer Internet Day 2021: Creating a better internet for all

Just as Safer Internet Day has grown from being a European event in 2004 to being celebrated globally 17 years later, Twitter has also...
Read more

The latest MyKuya 5.0 update promises to extend even more on-demand services to their clientele. A benefit to MyKuya users, it’s also helpful for...
Read more

With a strong presence in over 190 countries, worldwide exchanging a total of 100 billion messages and call minutes in the past decade, Rakuten...
Read more

Need appliance repair? There’s an app for that!