ABS-CBN Studio XP: Be one with Kapamilya Stars

Amusement parks are great places for dates and bonding with the family. They take you to a whole new dimension through their themed attractions and adrenaline-pumping rides. Unfortunately, such theme parks require large, open spaces, and are mostly found far from the metro. ABS-CBN saw this as an opportunity to reach their fans, giving the audience a unique, immersive studio experience.

The ABS-CBN Studio Experience, or Studio XP for short, is the latest collaborative project of the TV network giant’s Themed Experiences as well as Retail and Licensing divisions. Strategically built at the fourth floor of TriNoma, the 1,400 sqm property houses 15 themed attractions which feature the best of the entertainment giant’s content. Two years in the making, it’s a one-of-a-kind venue for fans to look behind the curtain and see what it’s like at the network.

Divided into three main parts–Reality, Fantasy, and Retail–the state-of-the-art facility showcases what it’s like to be in Kapamilya programs. “We took inspiration from Kapamilyas who are curious to feel what it’s like to be in our studios. The vision was really to bring ABS-CBN closer to the people,” ABS-CBN Themed Experience Inc. head Cookie Bartolome shared during the media press conference. 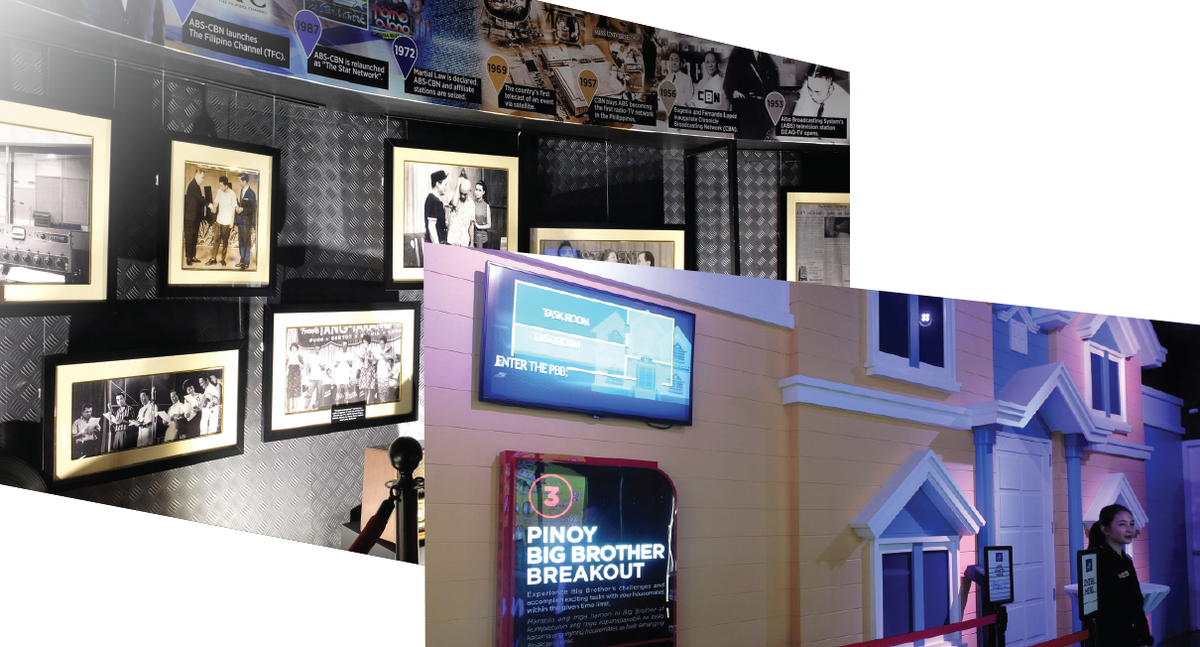 Our journey started with the Walk of Fame, where a gigantic LED wall welcomes every guest that enters the studio city. A mini exhibit of memorabilia like films, photos, props, and costumes of previous Kapamilya shows like La Luna Sangre, can be found in the Heritage Hall. It also houses an actual wide-angle camera that they use in broadcasting their live shows, and a scale-model replica of the network’s iconic Millenium Transmitter.

Passing the hall leads you to the Reality Studio, which showcases themed attractions based on Kapamilya shows. There’s the challenging Pinoy Big Brother Breakout for courageous, aspiring housemates who are willing to accomplish challenges within a 20-minute time limit. Mimicking the real PBB house, the structure is divided into separate rooms, including a mini-confession room where participants can talk to Kuya himself. 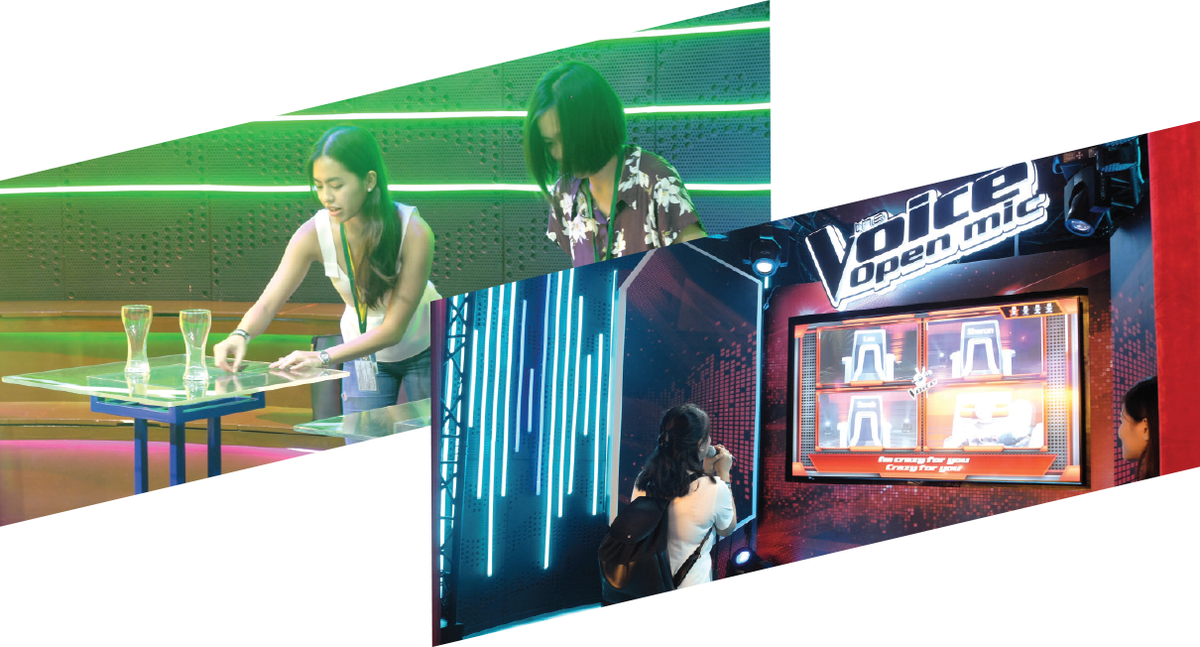 Explore the magic of working behind the camera as your crew takes over the Showtime director’s booth. Promoting teamwork and alertness, this arcade-style RPG gives everyone a chance to become the actual crew of the noontime show, providing a firsthand experience on the technical side of production.

Another themed experience that you should not miss is the nerve-wracking Minute To Win It: The Experience. Be the ultimate last man standing as you race against time along with your opponents, to finish tasks just like an actual contestant in the game show franchise.

Talented guests could also unleash their vocal prowess in the simulated blind auditions of The Voice Open Mic. All you have to do is choose a song from the list and sing your heart out to find who among the virtual coaches– OPM rock icon Bamboo, pop-star princess Sarah Geronimo, international broadway icon Leah Salonga, and mega star Sharon Cuneta– will turn their chairs for you. They will also give you some pro-tips as they do in the actual program.

StarLab, as it name suggests, turns the spotlight on hopeful actors and actresses. It lets you step into your favorite Kapamilya teleseryes and movies, and act out memorable scenes, sing a duet with world-class Kapamilya singers, throw funny punchlines with adorable Goin’ Bulilit kids, or answer intriguing questions as a special guest on Fast Talk with Boy Abunda.

Lucky visitors may also get a chance to talk with celebrities through a live video call from the Celebrity Calling booth, and even bring home merchandise signed by ABS-CBN talents at the Star Catcher machine. There’s also a photo booth called #StarSnaps where you can strike a pose with your idols. Each print costs PHP 50. 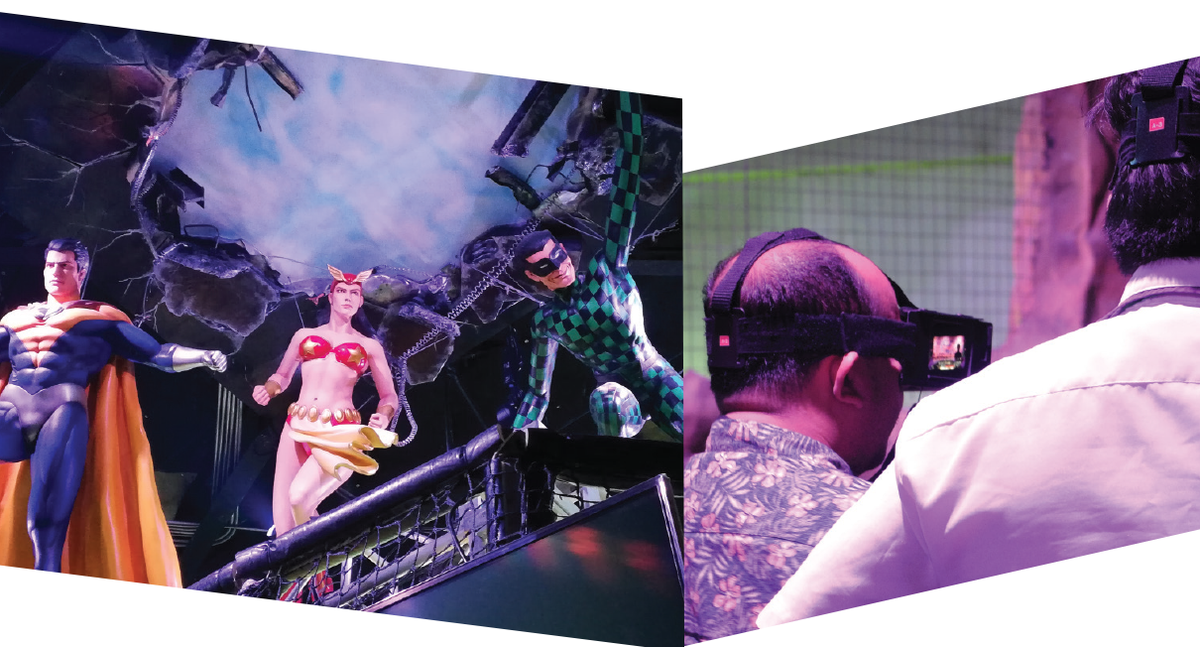 The Fantasy Studio, meanwhile, has thrilling attractions for the more adventurous visitors. Take a crash course in parkour from professional stunt trainees from the Action Academy, a challenging obstacle course that tests your endurance and speed ala Cardo Dalisay. Suspended above the academy is a life-size statue of local comic superheroes, spearheaded by Darna, Captain Barbell, and Lastikman. For younger guests aged 12 years old and below, there’s the expansive Superheroes Playground that offers up to 45 minutes of playtime. On its second floor lies the augmented reality game ARX, which involves physical and mental challenges. Featuring the Japanese game Hado, participants hunt and defeat different monsters by using their respective superpowers.

To cap off the whole Kapamilya experience, visitors may shop for souvenirs and other merchandise from the Retail area. If walking through the center worked up an appetite, you can grab an organic burger right within Studio XP. Offering affordable and Pinoy komiks-themed burger meals, Heroes Burger is a great way to end your visit. Their best-seller, the double cheeseburger Captain Barbell meal, is a mouth-watering treat served with crispy fries and a refreshing drink.

Everyone is free to explore the ABS-CBN Studio Experience for up to two and a half hours. Customers may book early reservations through Kapamilya Tickets, or avail of reloadable XPass cards in-store. Starting at PHP 375, the XPass Prime grants access to all attractions excluding the #StarSnaps and Star Catcher, while the PHP 350 XPass Lite limits guest to enter the Kapamilya Theater. Should you wish to return, just present your previous XPass card at the ticketing counter to slash PHP 25 off your entrance fee.