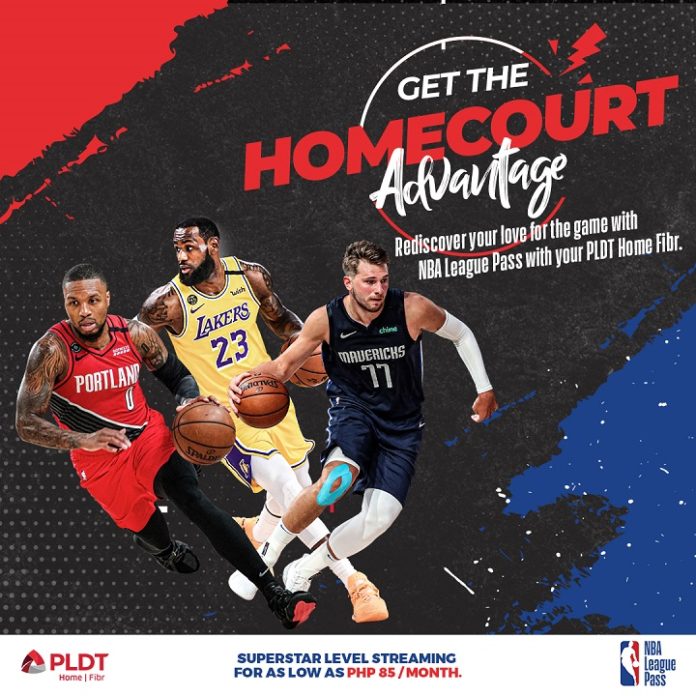 With the second half of the 2020-21 season underway, the NBA is once again welcoming the world’s best basketball players back on the hardwood. Fresh from the NBA All-Star 2021 festivities, teams are now fighting for homecourt advantage in the race to the NBA Playoffs. Mark your calendars and catch all the exciting NBA action with the league’s premium subscription service – NBA League Pass powered by PLDT Home Fibr!

A rematch of last year’s first-round playoff matchup, the Dallas Mavericks will host the LA Clippers (March 16, Tuesday, 9 am) as they look to build on their impressive win during their Dec. 28 meeting that set an NBA-record 50-point lead at the half en route to a 124-73 win for their first victory of the season. Both teams are set to integrate a key missing player in the first meeting: Kawhi Leonard for LA and Kristaps Porzingis for Dallas.

Bringing the spotlight on all-time records, James Harden currently sits in fifth place all-time in 3-pointers made with 2,425 in 864 games played and needs 26 treys to pass Kyle Korver for fourth place. At his current 3-point rate of 3.3 3PM per game in 23 games with the Brooklyn Nets, it would take Harden eight games to pass Korver, which would come against the Jazz at Utah (March 25, Thursday, 10 am). Additionally, Chris Paul passed Oscar Robertson to climb to sixth place on the NBA’s all-time assists list and needs 188 assists to pass NBA Legend Magic Johnson. Paul currently ranks fifth in the league in assists at 8.8 per game for the Suns and would need 21 games to pass Johnson for fifth place at this current pace.

Finally, LeBron James and the Los Angeles Lakers are set to duel with Damian Lillard and the Portland Trail Blazers on May 8, Saturday, 10 am. Outside of the 2020 Western Conference first-round rematch, the matchup between James and Lillard will showcase a showdown between this season’s top MVP candidates.

Live NBA games are accessible with a click of your finger by subscribing to NBA League Pass with your existing PLDT Home Fibr plan. With the Monthly and Three-Game Choice packages starting as low as PHP 85 per month, PLDT Home Fibr customers can enjoy NBA League Pass anytime, anywhere, and on every device to get their regular NBA fix.

With the most powerful and fastest Fibr connection at home, enjoy all the NBA games live and on-demand and in high-definition! Visit www.pldthome.com/nbaleaguepass to know more.