6 secrets of Philippine cities on the road to sustainability 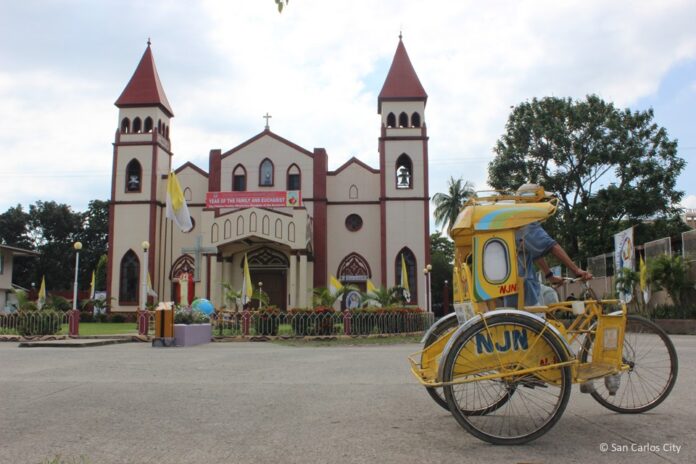 Many urban areas in the country have led the push for climate action in the Philippines as cities across the world continue to adopt sustainable practices.

The World Wide Fund for Nature (WWF) through its One Planet City Challenge (OPCC) recognizes cities across the globe for their efforts to address climate change. The project works with these cities to develop and realize their climate ambitions and targets, while providing them a platform to inspire other cities in the world.

Titled Six Secrets of Successful Cities, a WWF report lists key points that the best-performing OPCC cities across the globe possessed to build their capacity for sustainability and successfully meet the climate crisis that their cities face.

Home to over half the world’s population—and responsible for approximately 70% of the world’s emissions—cities play a significant role in tackling climate change. This role is further highlighted in Sustainable Development Goal 11 on Sustainable Cities and Communities outlining the United Nations’ commitment to this goal.

As per the WWF Cities, a sustainable city measures what matters, shows political leadership, leads by example, utilizes inspiring networks, forms university partnerships, and highlights the co-benefits of joint efforts in building the cities’ capacities.

With the Six Secrets in mind, the current batch of Philippine OPCC cities shows how each is uniquely positioned to address the various challenges that a sustainable city faces.

Having data on the city’s emissions helps cities to identify the sources of their high-emitting sectors while providing key information on how to manage these sectors  and to define both mitigation and adaptation plans. Batangas City measures what matters as it refers to its Greenhouse Gas (GHG) Emissions Inventory to guide them in creating climate solutions, sustainability actions and enabling policies that help in emission reductions, as the city sets its sights to attain carbon neutrality by 2030 – aiming to be the first carbon-neutral city in the Philippines. Meanwhile, Santa Rosa City uses its GHG Emissions Inventory to guide the city towards a low emission development pathway, even with a growing economy and population due to accelerated industrialization in the city. For OPCC cities like San Carlos, Cagayan de Oro, Pasig, Muntinlupa and Tagum, while these cities have already developed their GHG Emissions Inventories, external verification for completeness and accuracy is still ongoing. Quezon City has the most updated GHG emissions inventory with a base year of 2016 while Parañaque City intends to update its GHG inventory to further assist them on their city-wide emissions reduction target. And, as a first-class, highly-urbanized city, Davao City is currently undertaking their GHG emissions inventory to establish its baseline emissions data in order to explore opportunities that come by pursuing low emission and climate-resilient development strategies.

A number of emerging cities have led by example with projects and practices that have promoted local sustainability, while taking advantage of opportunities to implement actions and policies on the use of renewable energy in their cities. La Carlota City went solar, installing panels in all public buildings and facilities, while San Carlos City built an attractive environment for RE investments to supplement their already-robust clean energy capacity of over 100MW. Dipolog City made similar commitments, vowing to increase the share of renewable energy by 25% for all their LGU operations by the year 2022.

As a member of the C40 Cities Climate Leadership Group, Quezon City has made use of an inspiring network to undergo the C40 Climate Action Programme (CAP) to develop and improve their climate action plans to align with ambitions of the Paris Agreement.  Expert climate city planners and organizations, such as ICLEI Southeast Asia, have lended their technical expertise, including peer-to-peer collaboration, stakeholder engagement, planning tools, among others, to the Quezon City local government, to help them realize their climate action plans.

The City of Santa Rosa has been a prime example of what can be achieved through university partnerships. Utilizing around hundred senior students from the Polytechnic University of the Philippines for household data gathering, the Santa Rosa local government has been able to establish their city’s emission patterns. Through working with PUP, the city has increased its capacity to understand their climate situation, and what areas to work on to achieve effective climate action. Further cooperation with Clean Air Asia, its partner the National Center for Transportation Studies, and ICLEI Southeast Asia, have resulted in data gathering, sampling, and data processing, that will feed into the formulation of the Santa Rosa City’s Clean Air Action Plan.

Finally, cities like Pasig, Muntinlupa, Malolos, and Tagum have highlighted the multiple co-benefits of their climate action efforts. Transport initiatives such as a bike sharing program, free shuttle bus services, and river ferry services in Pasig City have led to cleaner air and a higher quality of life, while mandatory composting in all city-government buildings and urban farms in barangays have worked to address food insecurity. Efforts aimed at addressing urban heat island phenomenon such as dedicating space to urban gardening to sustain soil moisture, investing in waterless fixtures to address water demand, and first-aid training for all city staff, has led to an increase in quality of life for the people of Muntinlupa City. Adaptation actions, particularly involving drainage and flood measures are saving both people and sites of cultural and historical importance in Malolos City, while Tagum City, a first-class city in Mindanao, pursues projects that address social inclusion, economic growth, and improved public health aimed at improving the lives of vulnerable sectors like its local farmers, fisherfolk, and livestock growers. For example, the use of solar driven water pump motors benefits the local farmers in Tagum City as it delivers an efficient, no emission irrigation, while improving their profit.

“Currently, we have around 145 cities, 33 of which are considered as highly-urbanized cities. While a total of 1,489 are still defined as municipalities, these areas are moving in the path of becoming cities as they continue to aim for progress. These local governments are frontrunners in responding to climate resiliency, adaptive management and sustainable development, providing options for transformative consumption and production patterns. They offer an interesting space to reduce environmental impacts and to deliver on a number of SDGs,” said WWF-Philippines One Planet Cities project manager, Imee Bellen.

Across the globe, the WWF Network promotes sustainability, in both rural and urban communities. WWF works with local and national governments to help them meet the commitments they made during the 2016 Paris Agreement.

The Philippines is among the countries most vulnerable to climate change. Climate action is needed to both combat and prepare for the coming change, and cities stand at the forefront of these efforts. Many cities have risen to the challenge of planning for a future of climate uncertainty. However, the challenges are great and concerted efforts and action is needed. Follow WWF-Philippines, and support our cities as they work to #ChangeTheEnding of the climate crisis.

Schneider Electric, the leader in the digital transformation of energy management and automation, has doubled down on its long-standing strategy to embed environmental, social,...
Read more

LONGi has set a new record for being the first solar brand to exceed 20GW in shipments of PV modules in 2020. Since its foundation...
Read more

The World Wide Fund for Nature (WWF) Philippines, together with GCash, completed the reforestation of 75 hectares of Ipo Watershed as of the end...
Read more