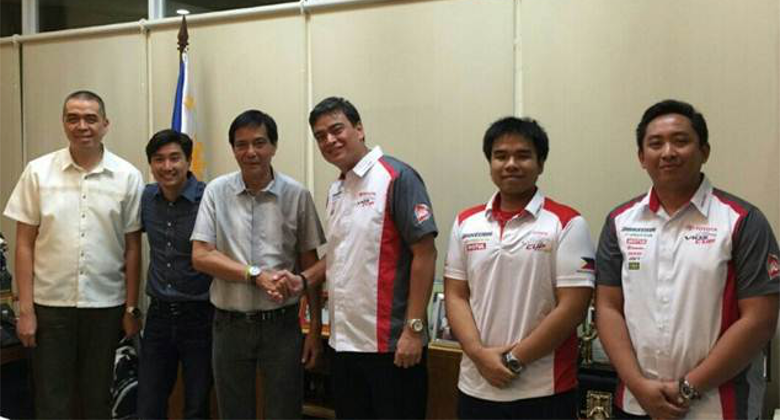 Toyota Motor Philippines (TMP) will be bringing the spirit of Waku-Doki to the Queen City of the South this coming May 16 to 17 as the company gears up for the second leg of the Toyota Vios Cup. The weekend will see local motorsports elevated to greater heights with 4 Cebu-based racers joining the roster for a total of 44 drivers.

In a statement, TMP president Michinobu Sugata exclaimed “I am thrilled to announce that we are now bringing the Vios Cup to Cebu City! This Waku-Doki experience was staged in Manila last year and now to the beautiful city of Cebu, taking this local motorsports program another step further. This would not be possible if not for the support of the Government of Cebu City under the leadership of Mayor Michael Rama. I am delighted to know that Mayor Rama and myself share the same interest towards local motorsports. In partnership with the South Road Property (SRP) Administration, Cebu City Traffic Operations Management (CITOM), DPWH Cebu, and Toyota Cebu-Mandaue South, the dream of bringing the Vios Cup to Cebu City has finally become a reality.”

The Vios Cup will also see celebrity drivers Derek Ramsay, Jasmine Curtis, Kylie Padilla, Joyce Pring, DJ Sam YG, Jinno Rufino, and Phoemela Baranda competing with 37 other registered racers during the dates. Qualifying Time Trials will be held on Saturday while race day and other activities are slated for Sunday.  Gates open at 10:00 AM. The event is open to the public and admission is free.