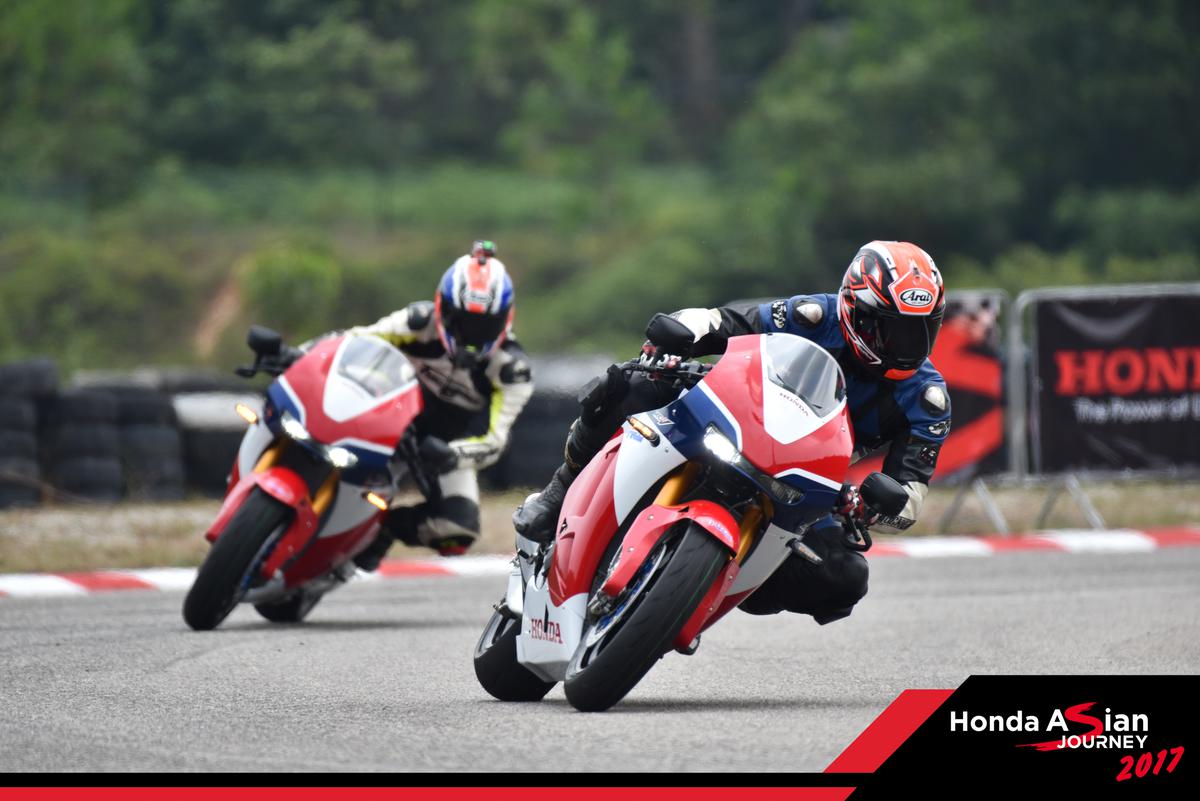 Kicking off at the Malacca Circuit,  the Honda Asian Journey began with a safe riding training program followed by test rides of over 60 Honda big bikes which included the  CB500, CBR650R, CBR1000RR, X-ADV, VFR1200X, Africa Twin, and Goldwing. By noon, the Honda RC213V-S made its way to the spotlight. Based on Marq Marquez’s RC213V winning machine at the  2013 and 2014 MotoGP, the  RC213V-S quickly gained popularity, especially after eight units of the supersport model were made available for testing.

After a day of travel for the qualifying round of the Malaysian MotoGP in Kuala Lumpur, participants were warmly greeted with a welcome dinner during the journey’s third day. The star-studded night included special appearances of MotoGP riders Marc Marquez, Dani Pedrosa of the  Repson Team, Taaki Nakagami and Khairul Idham Pawi of the Idemitsu Honda team.

On the event’s fourth and last day on October 29th, the Asian Journey consisted of yet another ride for the MotoGP Malaysia round at the Sepang International Circuit.