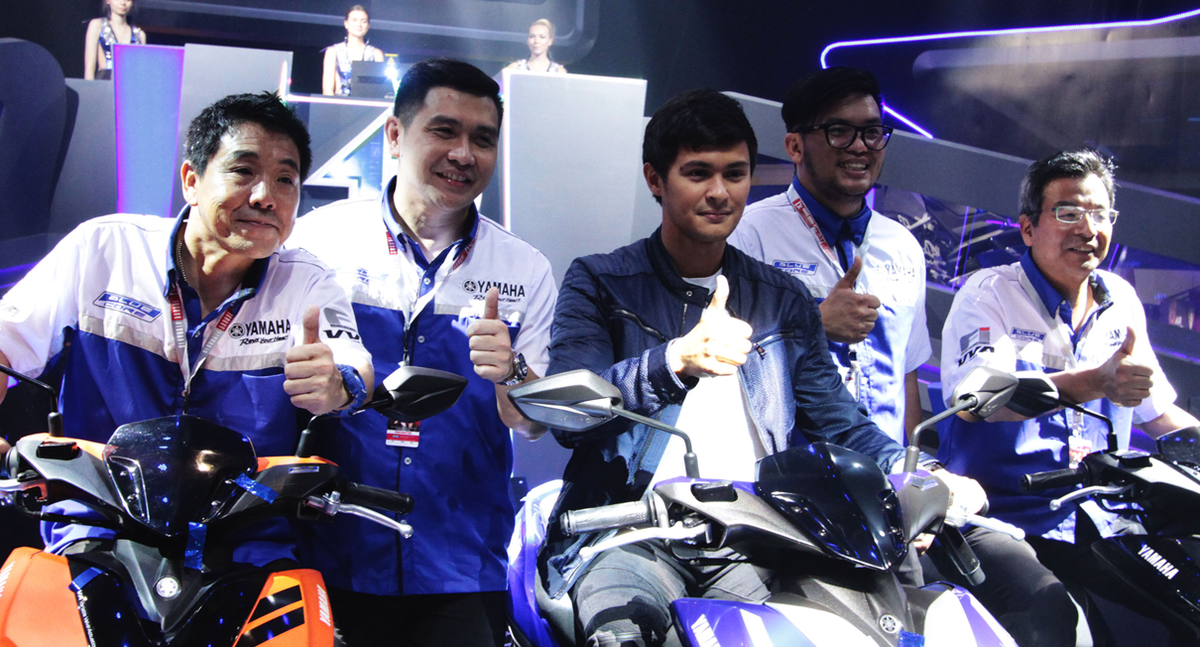 With a decade in the industry, Yamaha Motor Philippines proudly showcased its innovation and ingenuity at the 2017 Inside Racing Bikefest held from March 22 to 26 at the World Trade Center in Pasay City.

Yamaha’s full updated Blue Core line-up was on display at its booth in the bike show. The Mio i 125 and Mio Soul i 125 received new graphic decals while the NMAX urban commuter gets a new matte red color option.

The new Mio i 125s and Mio Soul i 125s variants sport the company’s Stop and Start System. When this feature is turned on, the ignition will automatically switch off after five seconds in idle as to avoid unnecessary fuel consumption and decrease emissions.

The highlight of the automatic motorcycle showcase, however, was the much-awaited launch of the next-generation Mio Aerox 155. And as a special treat to the fans, the opening show was graced by Matteo Guidicelli, the brand’s new ambassador.