Home Mobility Motorcycles OWN IT: The music of MIO, the rhythm of your culture

Have you ever gotten lost in your world? It’s when time slows down and the number of opportunities seem infinite. Everyone has their version of getting away from reality but one of the most common escapes is music. Every genre, lyric, and melody reflects one’s emotion – just like how Careless Music Manila produced their recent track, “OWN IT”, an upbeat house song that balances the urban and the tropical vibe inspired by the Yamaha Mio Own the Culture Campaign.

With the goal of keeping the representation of what AT riding culture is, Yamaha Motor Philippines partnered with Careless to create a track that showcased how vibrant, cool, and diverse the world of MIO is. The track was uniquely written and produced aiming to reflect how unstoppable you can be when you finally own your ride – it lets you dream about what awaits you next. Complimenting the lyrics, the music video portrays a secret world where the Careless Music Artists Nadine Lustre, Massiah, and James Reid perform their hearts out influencing the crowd to jive into the rhythm of their culture. ‘Pave the way. Redefine. Breaking through the borderline’ as said in the lyrics, that’s what riding a Mio motorcycle should feel like – it takes you from anywhere you want to be while letting you express yourself with no hesitations.

The world projected in the music video is a glimpse of how important it is to own the culture. Getting lost in the scene and immersing yourself in a new and exciting environment is even better. That’s what the AT riding culture is; with the Yamaha Mio Sporty, Mio i125, Mio Soul i125, Mio Gear, Mio Gravis, and Mio Aerox, you can explore, redefine, and OWN IT. 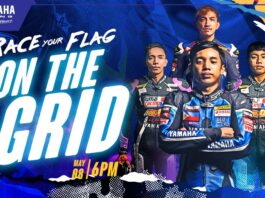 Solid showing for Yamaha’s Kyle Paz in Round 1 of FIM... 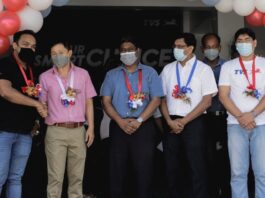 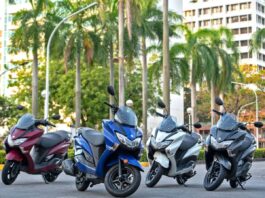