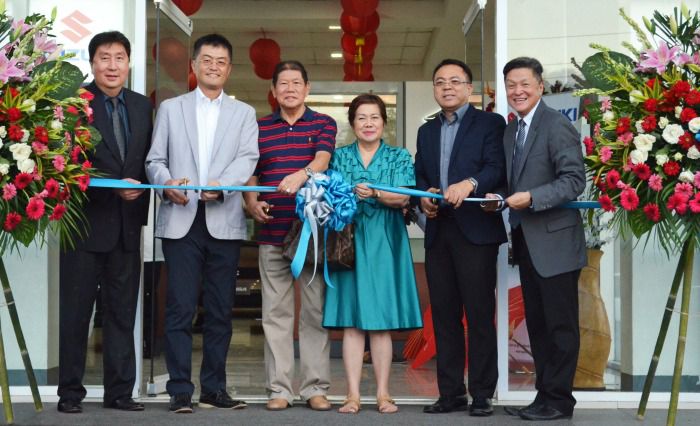 Suzuki Philippines, Inc. recorded one of the biggest sales growths in the industry last year with its massive 52% year-on-year growth and 10,000 retail sales, and aims to repeat this 2015 performance by carrying out successive dealership openings in 2016 starting this February.

Last February 24, the pioneer manufacturer of compact cars and one of the top automotive brands in the Philippines inaugurates one 3S dealership and two satellite branches—the Suzuki Auto Pulilan, the Suzuki Auto Malolos satellite, and the Suzuki Auto Quezon Avenue. This was the second set of auto shop launches in February, and the ribbon cutting ceremonies were led by Suzuki Philippines Managing Director and Treasurer Mr. Mojica, General Manager for Automobiles Mr. Shuzo Hoshikura, Mt. Sinai Motors Corporation, and ETNA Motors Inc.

Pulilan City currently experiences robust commercialization and industrialization, with a growing number of manufacturing companies establishing their presence here. Recognizing its development potential, SPH brings a 3S outlet in the area to offer existing and new customers the same high-quality vehicles, repairs and parts which Suzuki patrons enjoy all over the country. Suzuki Auto Pulilan, owned and managed by Mt. Sinai Motors Corporation, started sales operations in June 2015. It is strategically located along Doña Remedios Trinidad Highway and is the first dealership in Bulacan that offers sales, spare parts and services.

The back-to-back dealership inaugurations are part of the Japanese car maker’s game plan to once again achieve high sales volume this year, as well as to expand and increase the company’s reach to its clients nationwide. SPH strives to make this a great and historic year starting off with the sequent dealership expansions and introduction of its first sedan, the all-new Ciaz.

SPH General Manager for Automobile, Mr. Shuzo Hoshikura remarked, “Our dedication and commitment to reaching out to a wider Suzuki market is no more evident than with the inauguration of these three new networks. I am confident that these three newly-inaugurated outlets will perform excellently and help us achieve greater sales figures this year.”

Mr. Hoshikura added, “We at Suzuki Philippines are taking every possible opportunity to share the Suzuki Way of Life through the continuous expansion of the Suzuki Automobile Dealer Network nationwide. We are determined to make more customers experience the difference, and make a positive mark in the industry.”

In the Philippines, commuters see motorcycles as one of the most reliable and convenient modes of transportation amid the current health crisis....
Read more