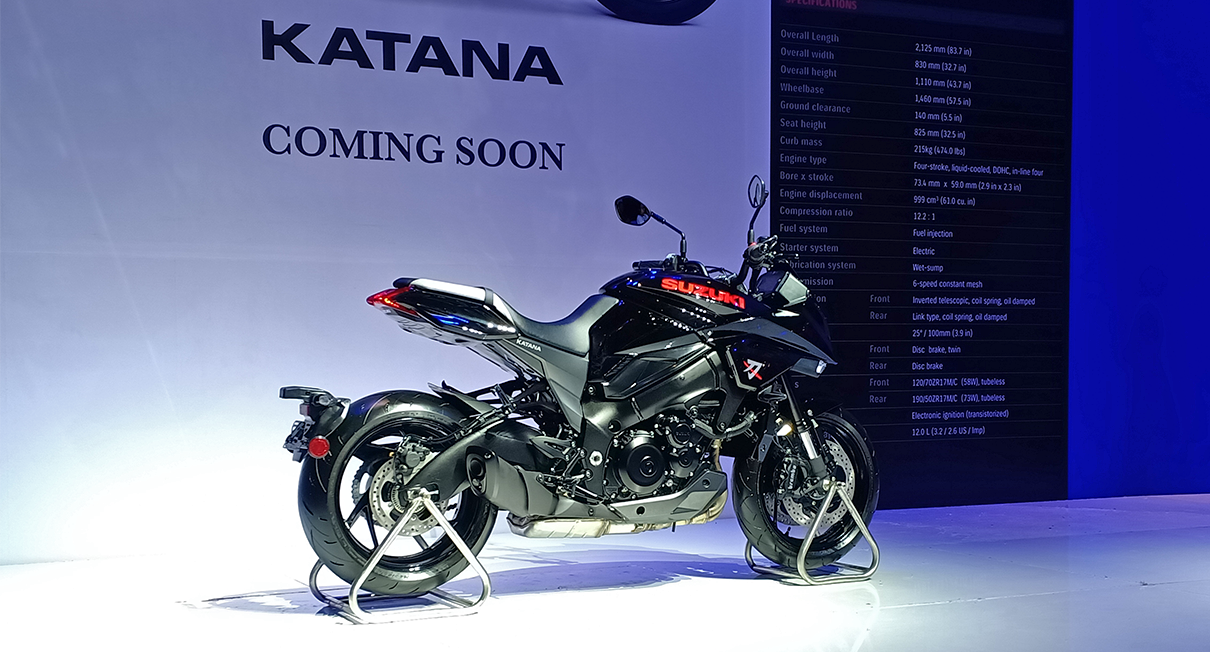 Suzuki Philippines heated up the 2019 IR Bike Festival and Trade Show with its reveal of the new Katana, the iconic steed which stole the hearts of riders the world over in the 80s.

The new Katana is set for official rollout on 2020 and would be powered by a four-stroke, liquid-cooled, DOHC, inline-four 999cc engine.

Joining the Katana are Suzuki favorites Skydrive Sport and Smash featuring their new color variants, as well as other motorbikes from the brand visitors would love to get a good look at.

Suzuki’s booth is packed with activities, spare parts counter, design elements that are on brand, as well as accommodating staff that would help interested parties in purchasing a Suzuki motorcycle of their liking.

Entertainment is also on top of Suzuki’s priorities with Jaki Gonzaga of Showtime launching the Suzuki Fashion and Style Booth on the first day of the trade show. The second day saw visitors marvel at the Skydrive Sport Dance Contest Grand Finals contestants and sing along rock icons Raimund Marasigan, Buddy Zabala & Marcus Adoro of Ultracombo.

On March 24, Suzuki will be holding a fashion show in partnership with Bench and special performance from ABS-CBN’s primetime actress Yassi Pressman

Get to test ride Suzuki motorcycles, and a chance to win freebies and more at the IR Bike Fest 2019. The three-day festival, held at World Trade Center, will conclude on 24 March, tomorrow.