Yamaha Club: Riding the changes beyond all limits

2 Jun 2021
MobilityMotorcyclesYamaha Club: Riding the changes beyond all limits 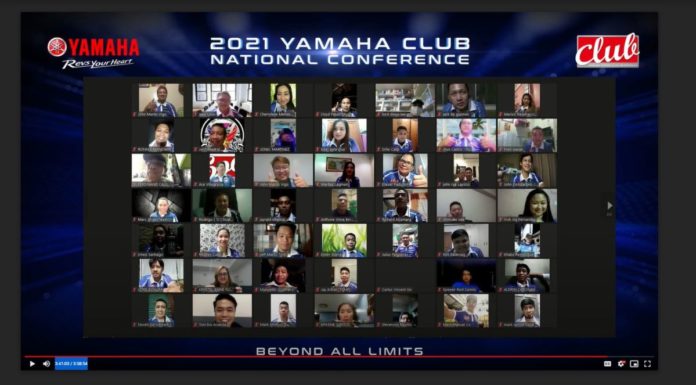 It’s been a while since Yamaha Club had a ride together. While social limitations are still in place, nothing defeats the brotherhood of a lifetime. Thus, Yamaha Motor Philippines organized the annual Yamaha National Conference online, a departure from the usual physical events.

United on their screens, club members from Luzon, Visayas, and Mindanao participated in the digital program which allowed them to plan and create a new story for this year. Despite present circumstances, the lively discussion among the participating clubs resulted in competitive and compelling ideas.

One point of consensus was that they could not wait to have a ride together soon. Recognizing the eager anticipation for the next adventures, YMPH also acknowledged the loyalty and support of the clubs that had been with the brand for more than 5 years.

Despite the novelty of the online conference, the night was still alive with the friendships that go beyond riding, friendships that distance could not keep apart. A hundred attendees represented the excitement and passion of the riding community for more years of adventure with Yamaha.

Ride above the rest with the new Yamaha Sniper155