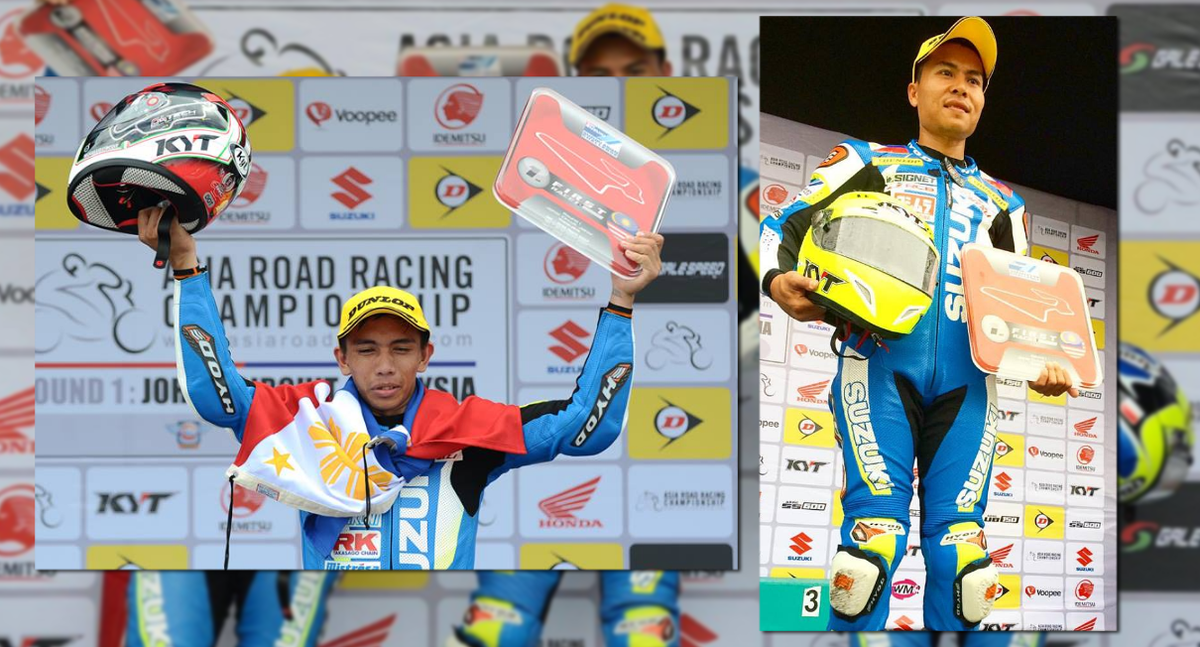 The first and second races saw Team Suzuki Pilipinas’ Mario Borbon Jr. and April King Mascardo taking the top spots on the podium for the first round of SAC. It was the first time the Philippine national anthem played at the Johor track and continued on to the second day at the circuit with the team’s second win.

The team already showed promise in the qualifier with Mascardo clinching the pole position with the fastest lap time of 1’57.66, breaking last year’s record by just under two seconds. He was followed in the third spot by Eane Jay Sobretodo.

Borbon managed to stay ahead of the pack during race number one through wet track conditions, taking the first top podium win of the season.

Race two saw Mascardo and Sobretodo exchanging the first and second positions in the first few laps. Sobretodo got tangled with other racers, however, which gave Mascardo a clear path to victory.

The team is headed to the Chang International Circuit in Thailand for the second round of the racing season.

The SAC is a single-make competition that seeks to hone participants to ultimately become MotoGP racers. This season, the SAC pits 16 riders from nine countries including the Philippines, Australia, India and Japan in a series of races in five different tracks.