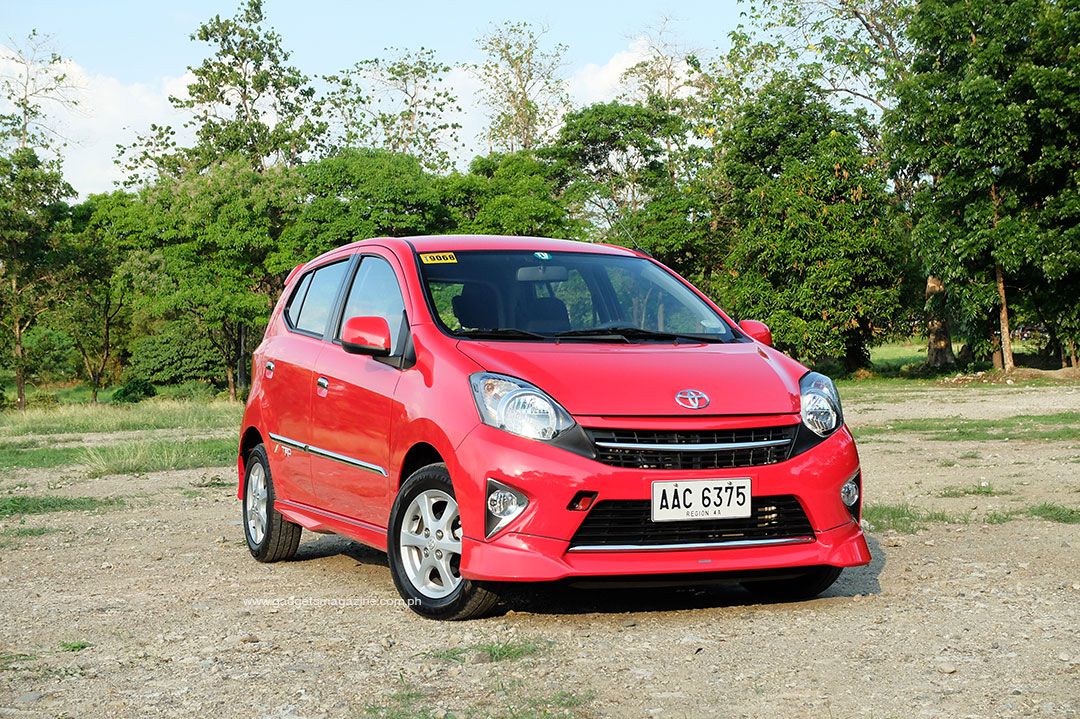 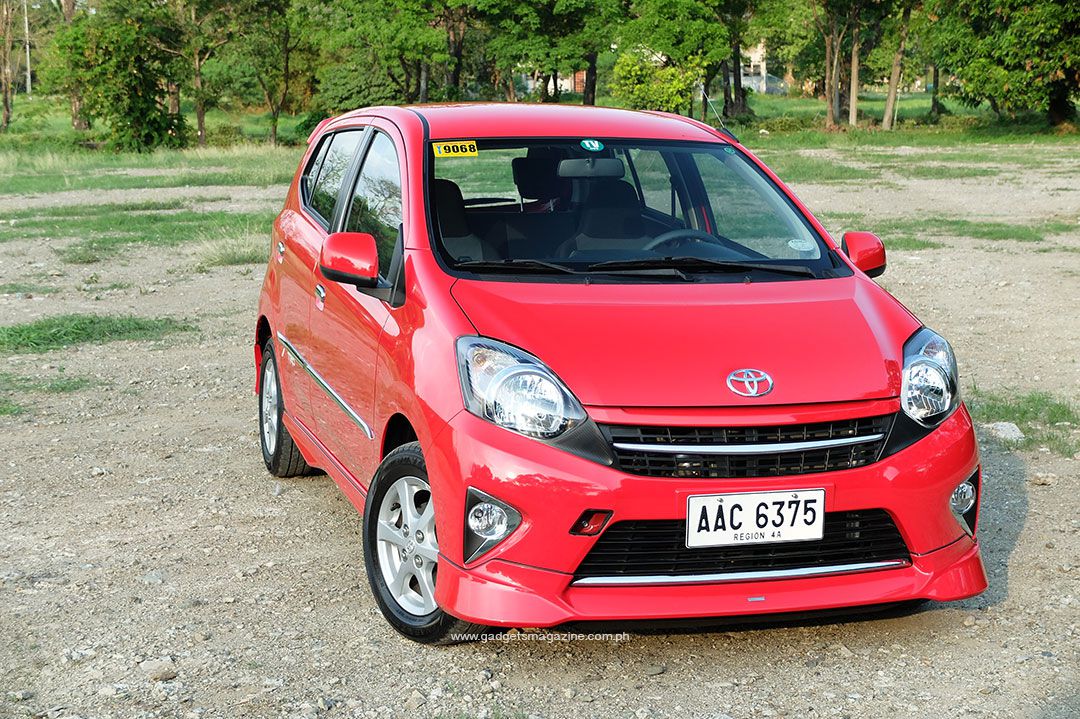 When the Toyota Wigo was launched in Cebu last year, it was pretty hard to ignore the fact that you could buy a brand new car – a Toyota at that – with less than half a million bucks. More than a year since its introduction and after thousands of units sold, we took the limited edition TRD Wigo for a spin, and here is what we thought. 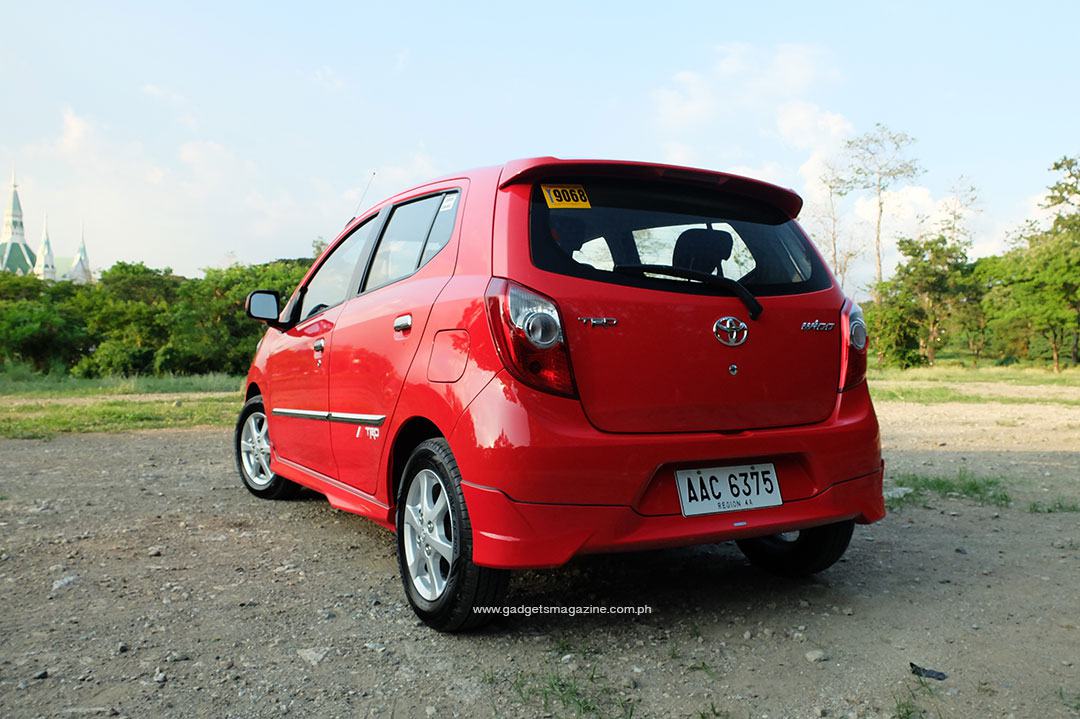 Built in the Astra Daihatsu factory in Jakarta, Indonesia, the Wigo is sold in the Indonesian market as the Toyota Agya and the Daihatsu Ayla. With its versatile hatch form factor and sporty styling, it’s not a bad looking car, even though it is so tiny. The Wigo shares obvious design cues with the Toyota Avanza and Yaris. Outside, the Wigo sports chrome accented foglamps, color keyed power mirrors, 14-inch alloy wheels, chrome side door moldings, a spoiler integrated LED stop lamp (for the G variant), and a rear wiper. Inside, it is equipped with an easy-to-read instrument panel, and comes with GPS-ready multi-information touch panel display, silver accented center console, and power windows, locks and mirrors, and exceptional rear-passenger legroom. The Wigo is the longest and largest among its class, and has the largest opening height and width for easy ingress and egress. The limited edition Wigo with TRD body kit comes with branded front, side, and rear skirts, as well as a TRD spoiler and additional decals. 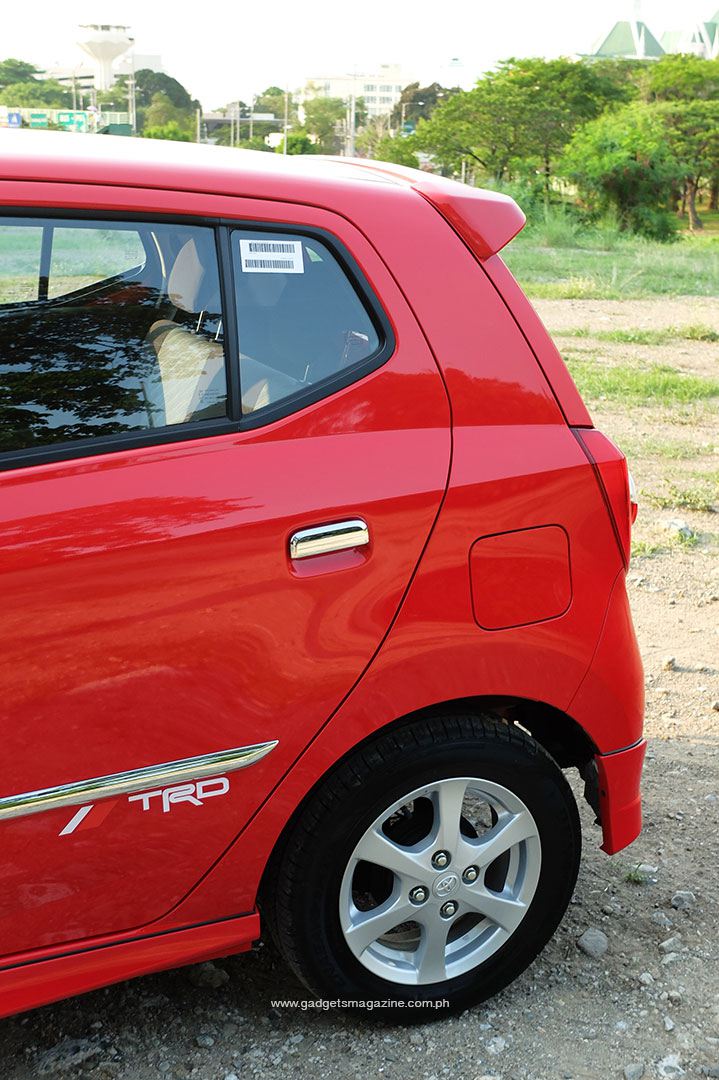 The Wigo is powered by the Toyota 1KR-FE, which is an inline-3 cylinder 12V DOHC engine that provides a balance of power and efficiency and makes it easy to drive. While this doesn’t seem like much, it’s actually par for the course for its segment. The tiny engine is rated to produce maximum output of 66Ps @ 6,000rpm and a maximum torque of 85Nm @ 3,600rpm, and is paired either with a 4-speed automatic, or 5-speed manual gearbox. The unit we tested had 14-inch x 5j alloy wheels, and were fitted with ventilated disc fronts and drum brakes in the rear. Suspension is courtesy of MacPherson strut with coil springs fronts and semi-independent torsion axle beam, coil springs at the rear.

Safety features include standard SRS airbags for both the driver and passenger and the top of the line grade is equipped with Anti-Lock Brake System (ABS). 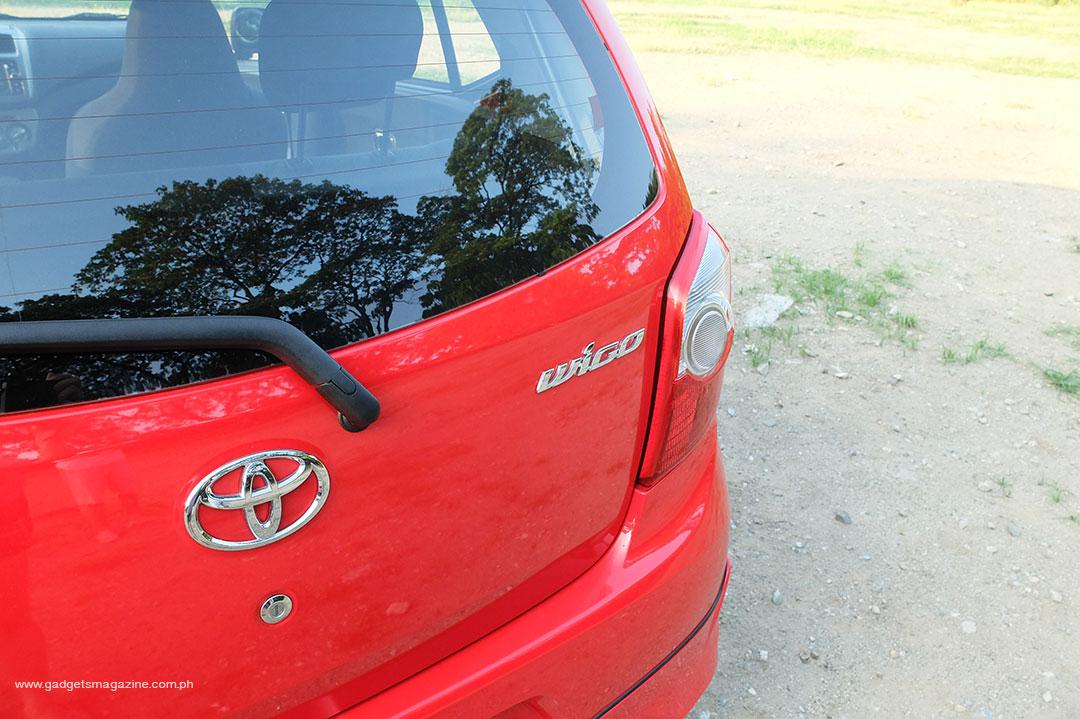 Driving around the city is a breeze with the Wigo. Because of its size, it is easy to negotiate around busy streets and find parking that will fit its miniscule exterior. It isn’t the most powerful hatch in the market, but it is enough to get you to where you are going, at a decent speed and fuel consumption. It’s a capable vehicle loaded with amenities that provide excellent value for money. However, since the main selling point of the Wigo is its ticket price, I think I would forego the TRD package, keeping things simple and more affordable. 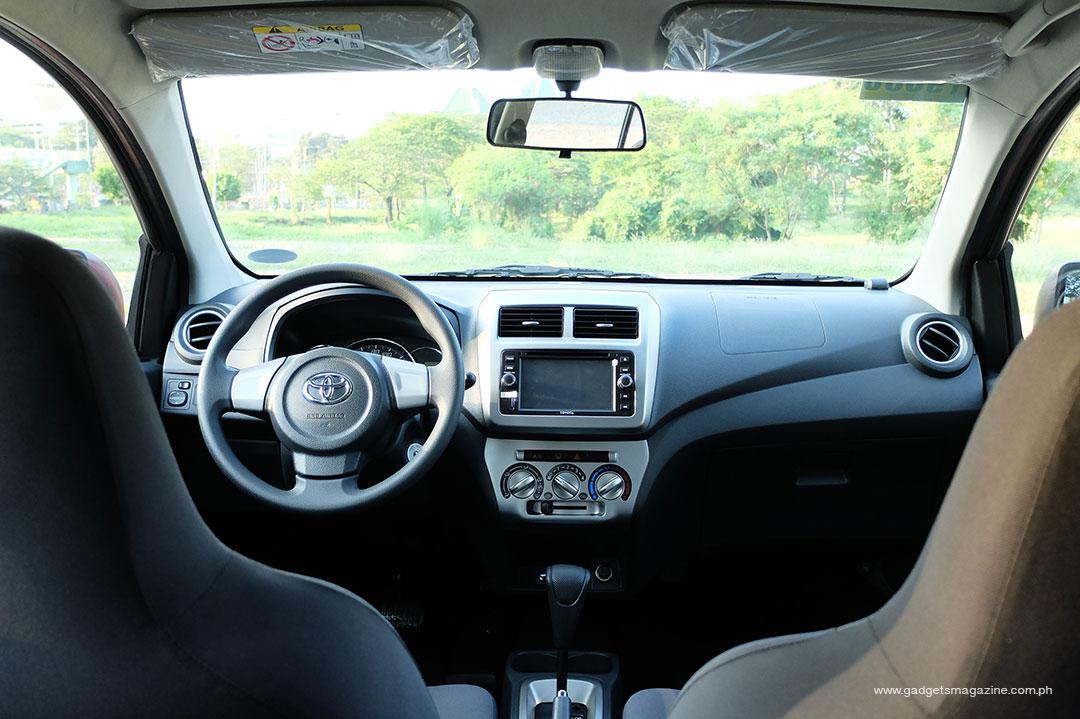 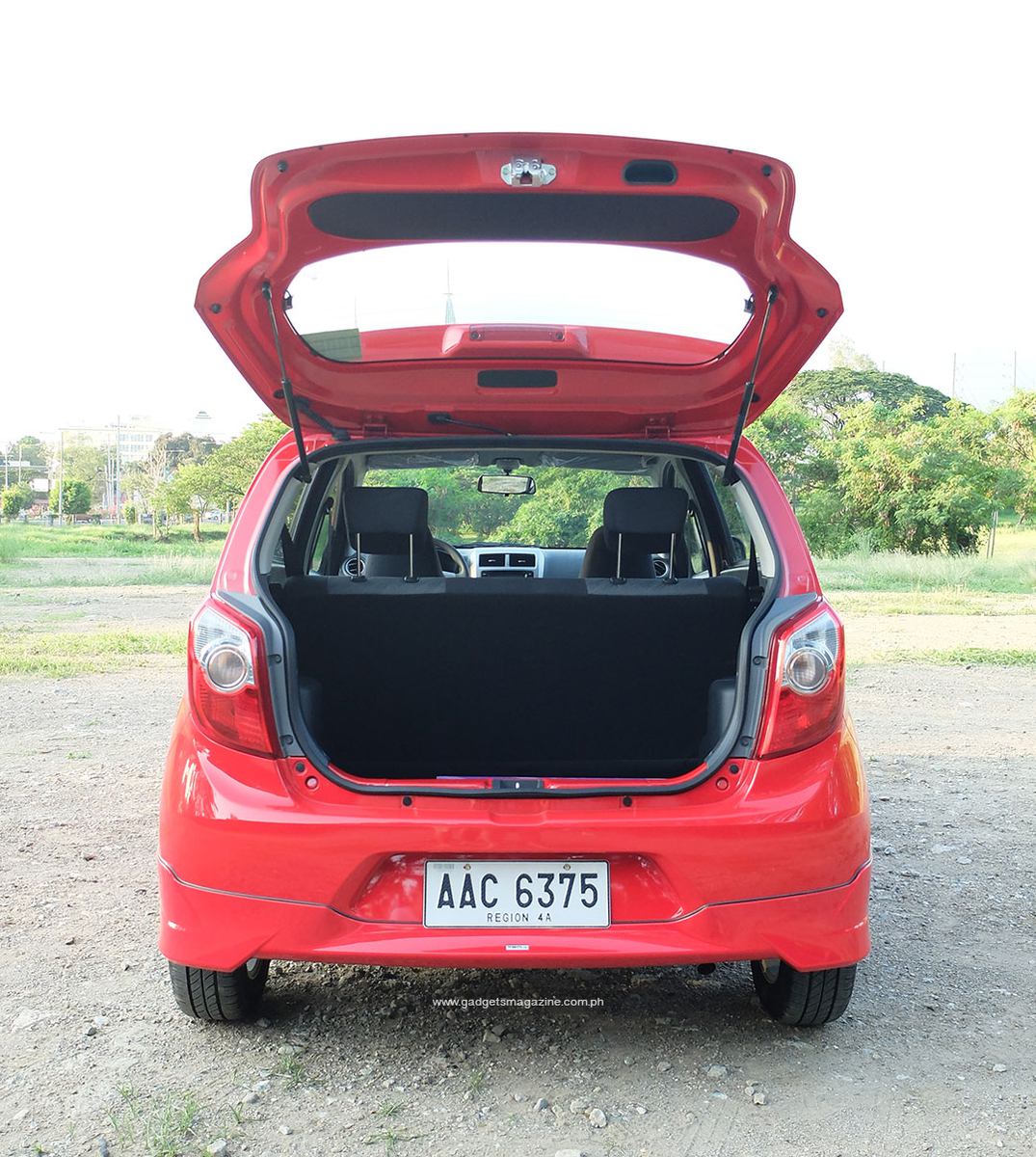 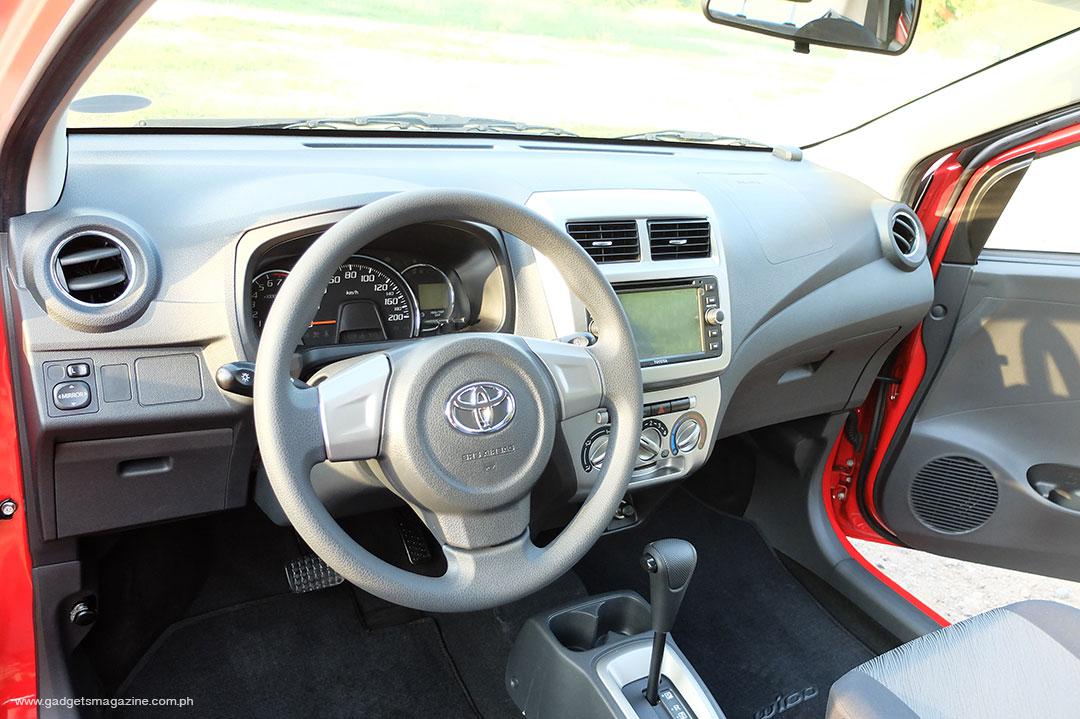 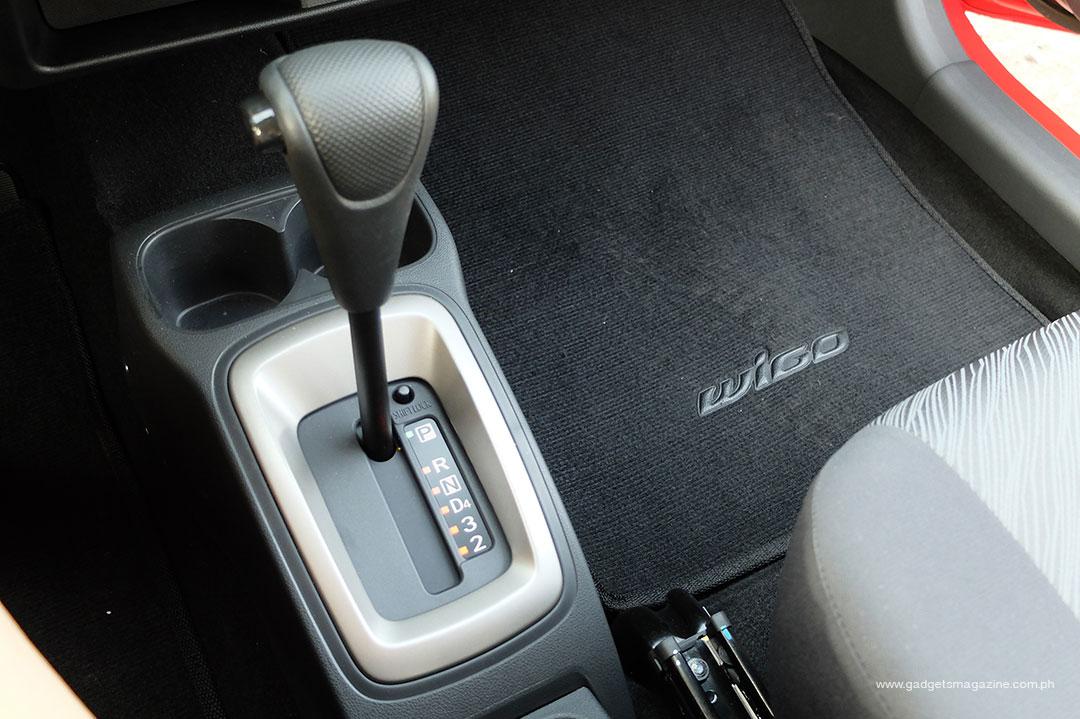 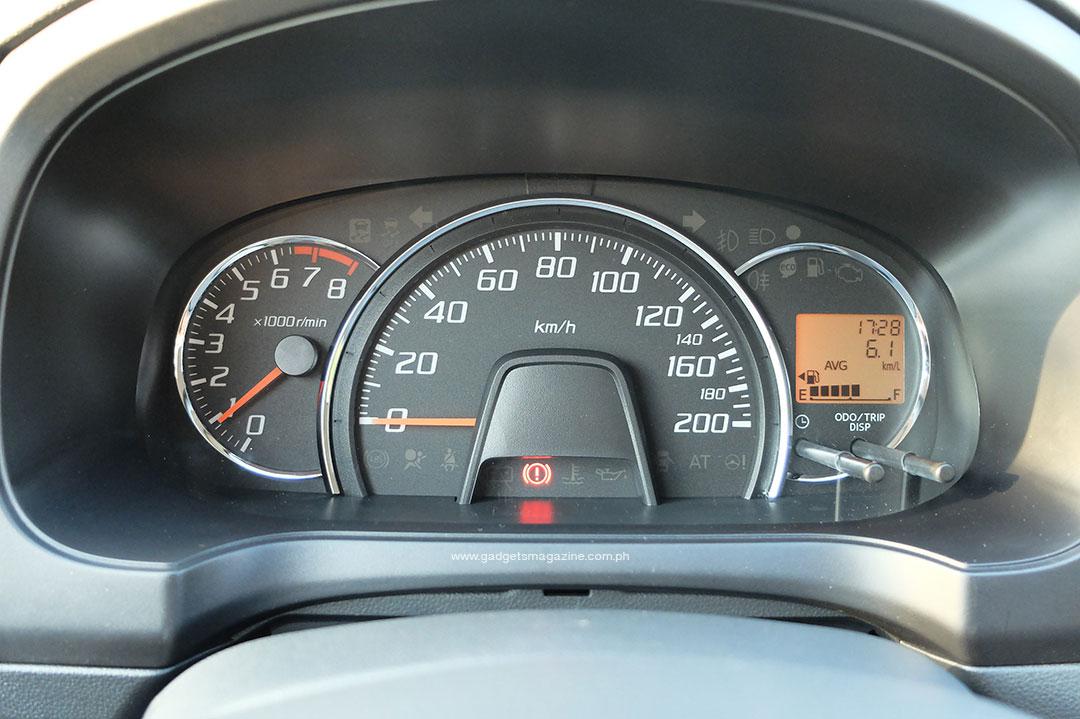 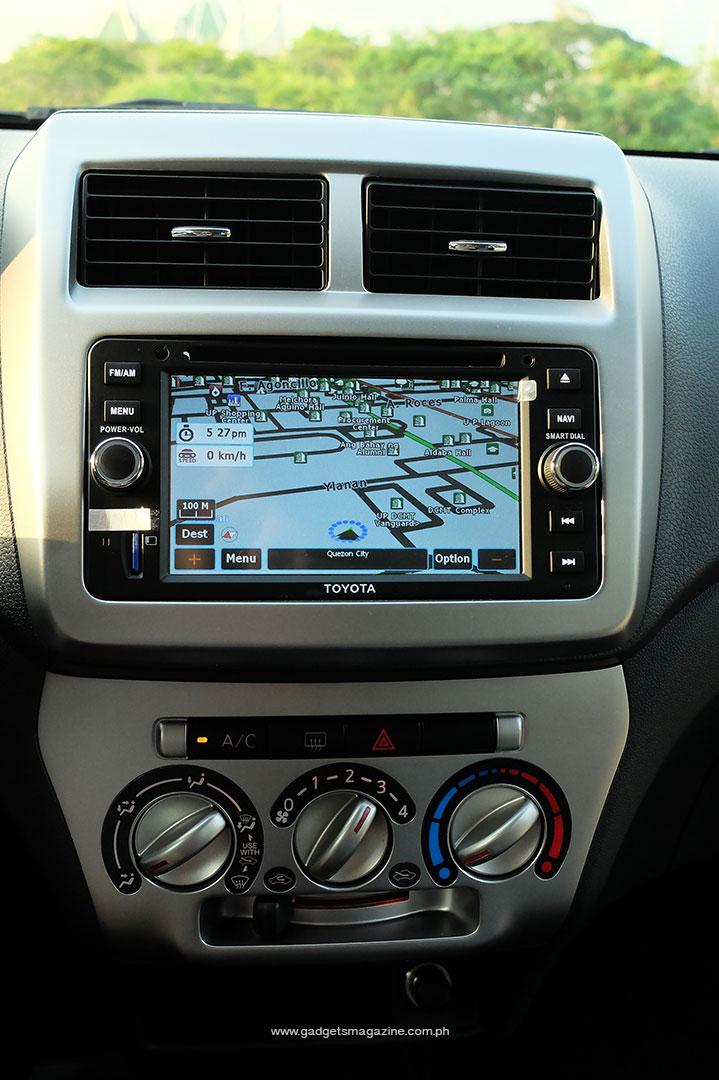 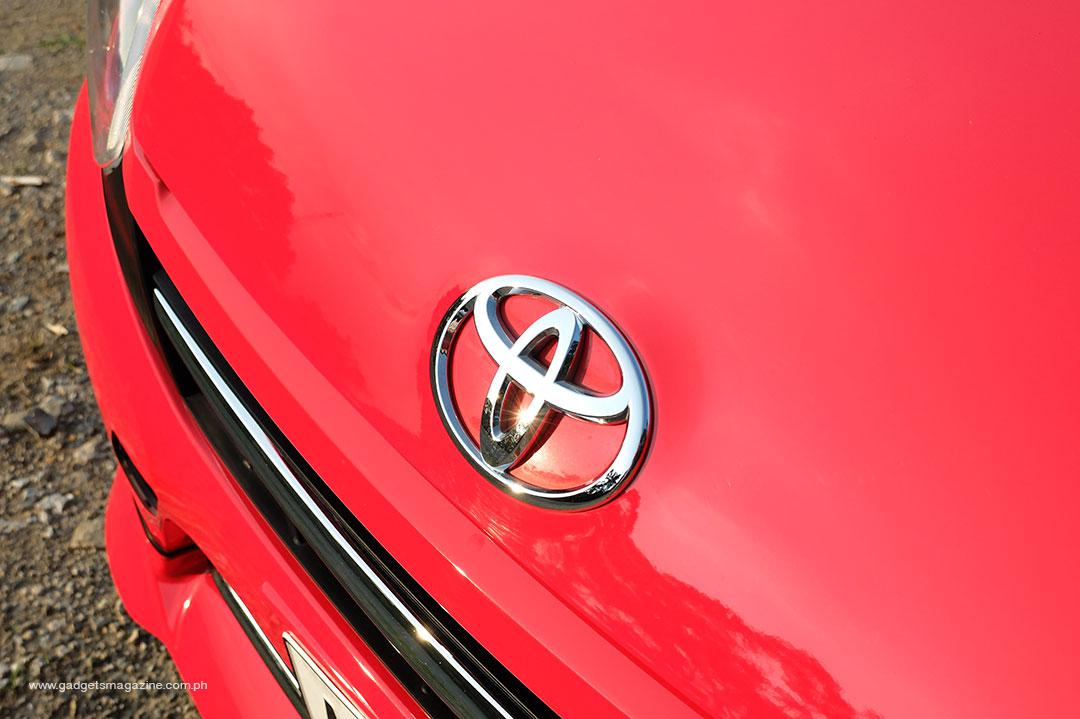 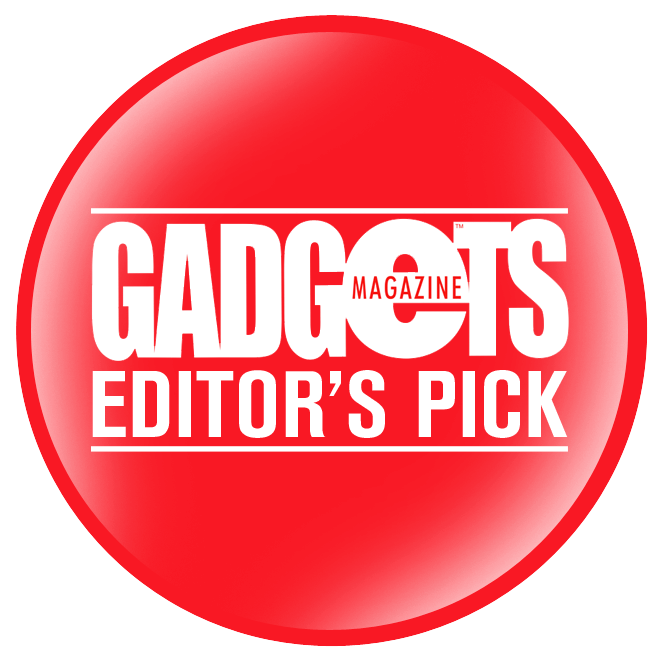