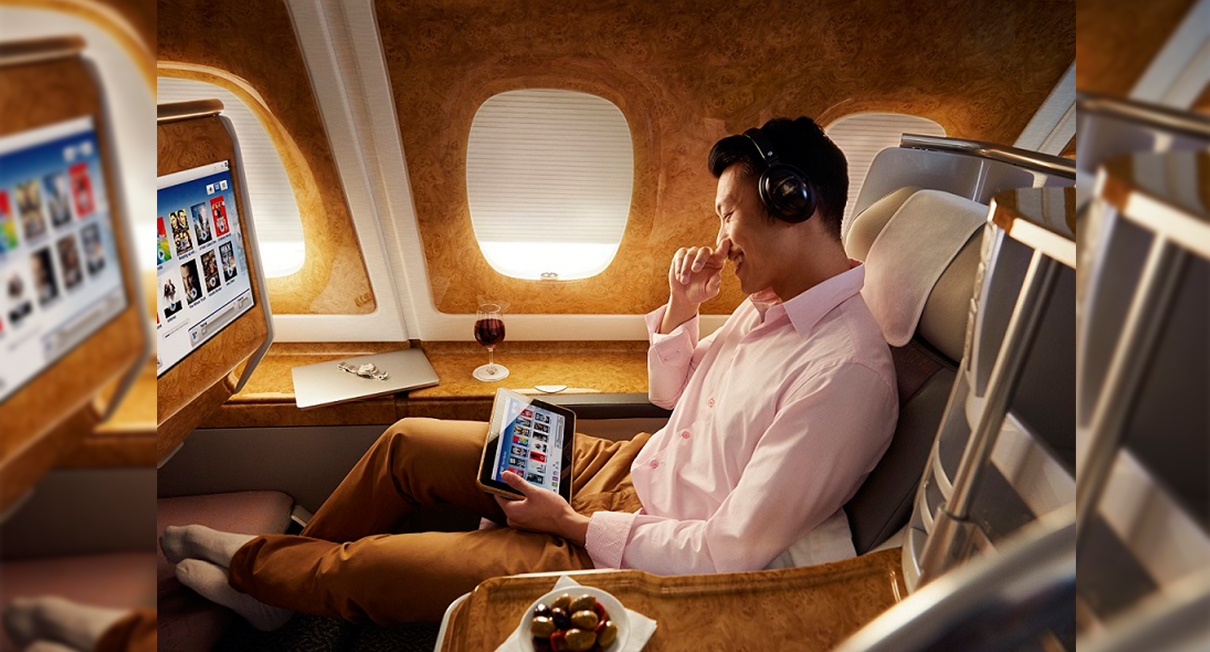 This April, Emirates has got a whole new list of movie-inspired travel locations to add to your own wish list. These wonderful storylines inspire us to journey into their worlds, whether it’s dancing in Los Angeles’ Griffith Observatory in La La Land, attending a Singaporean wedding at the Gardens by the Bay in Crazy Rich Asians, or bathing on the pristine shores of the Philippines’ very own Zambales in the Cathy Molina-directed My Perfect You. With 4,000 channels and over 1,000 movies on select flights to choose from on ice, including all-time Filipino favorites, find out where wanderlust will take you next with our award-winning inflight entertainment!

Philippines (My Perfect You, Siargao, The Hows of Us, Miss Granny)

Be entertained like you never left home, with dozens of new titles that are proudly Filipino-made. Be mesmerized by the beautiful beaches of Zambales in My Perfect You or be enthralled by the waves of Siargao in Siargao. If you would rather explore the city, titles like The Hows of Us and the Filipino remake of Korean hit Miss Granny might just be right up your alley, set in the sprawling urban jungle that is Metro Manila.

A screenplay favorite, New York City is home to many Marvel superheroes at the Flat Iron Building, grand romantic gestures at the top of the Empire State Building and plot turning points at Grand Central Station. This month on ice, you can arrive in 1920s Ellis Island with Newt Scamander in Fantastic Beasts and Where to Find Them and continue the action-packed sequel in Paris with Fantastic Beasts: The Crimes of Grindelwald. You can also await an FBI trial decision by ice-skating in Central Park with Molly’s Game and find your confidence with Amy Schumer in fashion heartland Fifth Avenue in I Feel Pretty.

“City of Stars, are you shining just for me?” Hollywood comes alive for Ryan Gosling and Emma Stone in the award-winning musical, La La Land about an aspiring pianist and struggling actress who fall in love. Tap dance under the stars in Griffith Observatory and catch a behind-the-scenes tour of Hollywood at Universal Studios or Grauman’s Chinese Theatre. Movie buffs can also hunt for their favorite celebrities’ names on the Hollywood Walk of Fame and tour the Dolby Theatre where the Academy Awards are hosted annually.

While Crazy Rich Asians is set against a backdrop of opulence in Singapore, you can follow Rachel and Nick’s footsteps to many of the locations in the film! Savor Michelin star-winning hawker’s cuisine in Newton Food Centre, tour CHIJMES cathedral where Araminta and Colin’s grand wedding takes place, and feel awe-inspired by the sculptural supertrees at the iconic Gardens by the Bay where the wedding reception in the final scene is set. Other memorable glimpses of Singapore that you’ll want to catch for your Instagram include the city’s emblem Merlion on Sentosa Island, bustling heart of Orchard Road and for the animal lovers: Jurong Bird Park and the Night Safari.

Rami Malek won Best Actor for his biopic role as Queen’s lead singer, Freddie Mercury in Bohemian Rhapsody. The band’s original day-long Live AID concert in 1985 took place at the legendary Wembley Stadium. London of course has many more notable places to visit. In Mary Poppins Returns, Emily Blunt bikes past Buckingham Palace, the Tower of London and St. Paul’s Cathedral while Mr. Banks is shown working at the Bank of England. Other supercalifragilisticexpialidocious locations to visit in London include Westminster Abbey, Madame Tussauds, Big Ben and for the shopping lovers, Oxford and Regent Street to name a few!

Comedy espionage-thriller, Spy follows Melissa McCarthy’s Susan and Jude Law’s Fine as CIA agents to Paris, Budapest, and Rome – and you can do the same! Track their whereabouts at Lake Balaton and the Hungarian State Opera House. Susan’s civilian cover is put to the test at the Four Seasons’ Gresham Palace, one of the most opulent hotels in Europe, and more so when she pursues an assassin on Zrinyi Street near St. Stephen’s Basilica.

Known as “The Pink City” for its rose-colored architecture, Jaipur and its fellow Rajput “City of Lakes” Udaipur, are as whimsical, historical, and lovable as The Best Exotic Marigold Hotel and its sequel. The hotel scenes were filmed at the Ravla Khempur, a heritage Marwari equestrian palace you can visit northeast of Udaipur, while the five-star bar where Madge pretends to be royalty is actually the Hotel Narain Niwas Palace in Jaipur. The hotel guests later journey to the famous Taj Lake Palace Hotel (also seen in a 1983 James Bond movie) notable for its exquisite high tea service. Other beautiful places to visit for the history and architecture fans, are the Hawa Mahal, Amber Palace and City Palace.

Though Mamma Mia is set in a fictitious Greek island, you can visit Athens and sing-along to the soundtrack! This capital city offers breathtaking ancient civilization sites like the Acropolis, the Parthenon, and the Temple of Zeus, in addition to family-owned restaurants in Plaka, much like the hotel and restaurant Sophie plans to launch in honor of Donna.

After a difficult divorce, Julia Roberts’ character journeys to Italy, India, and Indonesia to eat, pray, and find love. You can endeavor to find the same inner balance with her at the traditional Ubud Traditional Art Market, Gunung Kawi temple, and Ubud Palace in Bali. A backpacker’s delight, you can also journey to the tiny island of Gili Meno, where the original novel concludes, for beautiful beaches, barbequed seafood, and snorkeling.

Tom Cruise’s Ethan Hunt sets out on a particularly daring mission spanning parts of Queenstown, New Zealand; Abu Dhabi, United Arab Emirates; and Pulpit Rock, Norway in addition to scenes in Paris, France. Mission Impossible: Fallout features car chases through quintessential Paris landmarks such as the Arc de Triomphe, Eiffel Tower, and Notre Dame cathedral while he lands on the glass roof of the Grand Palais with a parachute. Other scenes include a moment of treachery revealed at vantage point Trocadero and speed boat escape through the trendy waters of Canal St. Martin.

Where will your travels take you to next, movie lovers? Book your next film-inspired holiday with Emirates at: www.emirates.com.