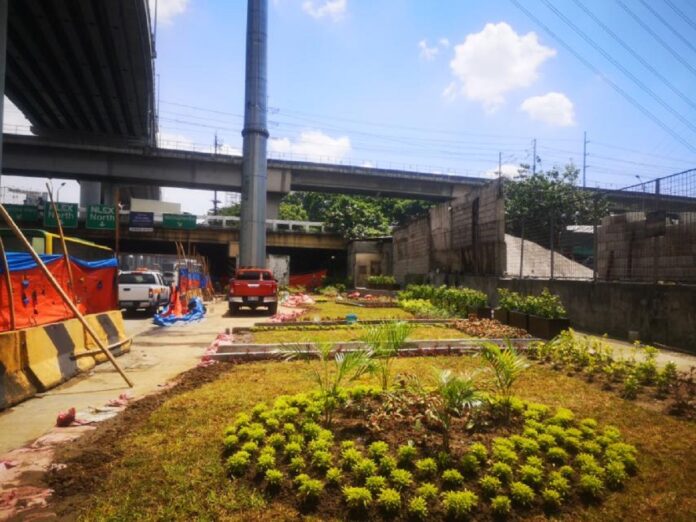 NLEX Corporation is bringing a new life to the southeast quadrant of Balintawak Cloverleaf as it sets up a green space in the area.

“Being the main junction between NLEX and EDSA, it is fitting that we maintain the safety, mobility, security, and even the aesthetics within the Balintawak Cloverleaf,” said NLEX Corporation president and general manager J. Luigi L. Bautista.

Bautista said, “The company is taking sustainability seriously, and wants to strike a balance between economic development and environmental protection by improving urban aesthetics and helping reduce air pollution through greening initiatives.”

The southeast portion of the cloverleaf has been a busy place as it is surrounded by wet markets, commercial establishments, and public transportation systems. From 2022 and beyond, the tollway company is keen on transforming the southeast quadrant of the Balintawak Cloverleaf into an orderly, lively, and welcoming green space.

“We are working together with our government partners in undertaking this revitalization initiative. This is not just a one-time project as we aim to continue maintaining the area so we can provide a safe and pleasant place for the public amidst the hustle and bustle in the city,” Bautista added.

In the previous years, NLEX also made other enhancements in the Balintawak Cloverleaf such as the construction of detention tank at the southeast quadrant and the replacement of drainage covers at the southwest quadrant to prevent flooding. Routine maintenance works and pavement enhancements were also conducted in both the northeast and northwest sections.

NLEX Corporation exercises jurisdiction over the northern half of the Cloverleaf while the Department of Public Works and Highways (DPWH) and the Quezon City local government maintain the road and manage traffic at the other half.

The tollway company has been implementing different environmental initiatives since it started operations in 2005.  These include the planting of more than 100,000 trees in some areas of NLEX-SCTEX and the cleaning of the Tullahan River to mitigate the effects of global warming and environmental imbalance.

From campers to domes: unique Airbnb stays to spice up your next vacation