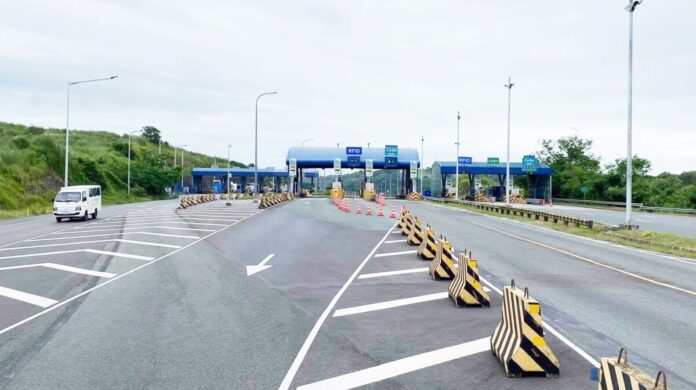 Significant improvements that are expected to boost customer experience are set for SCTEX as the programmed toll system upgrade totaling PHP162M will be completed within the year, the NLEX Corporation announced.

“These comprehensive and integrated enhancements are part of our goal to serve our motorists more efficiently. We always ensure that we continually upgrade our system and equipment to deliver convenient and reliable service to our motorists,” said NLEX Corporation president and general manager J. Luigi L. Bautista.

This year, all toll lanes in SCTEX will be furnished with new toll system equipment once the replacement of 46 units of old equipment for 33 toll lanes is completed.

To facilitate faster and more accurate transactions, 10 loop detectors and eight TCGs in Clark South A, Tipo, and SFEX, and eight AVC devices in Clark North A (Dolores), San Miguel, Dinalupihan, Floridablanca, and Tipo will be upgraded.

Ten toll fare indicators in SFEX, Tipo, Clark South A, and Tarlac will also be replaced for better viewing of tollway fees, while 10 lane status indicators in Clark South B, Tarlac, and SFEX will be changed for greater visibility, especially for those driving at night.

In 2021, the company replaced 76 units of the said lane equipment covering 39 lanes of the entire expressway system and finished the network switch upgrade in all lanes, which has since resulted in quicker processing of transactions due to the improved network latency and increased bandwidth.

The RFID lanes in SCTEX have also been equipped with upgraded RFID early detection features, and contactless card readers since 2020. Initial implementation of the automatic license plate recognition (ALPR) was also done in Tarlac Toll Plaza.

Aside from the technology enhancements, the tollway company is also undertaking infrastructure improvements along the SCTEX such as the annual pavement repair program, the ongoing repair, and strengthening of Pasig Potrero Bridge, and the road raising project at Dinalupihan for motorists’ safety.

Klook and GCash team up so you can book your next trip for up to 50% off!