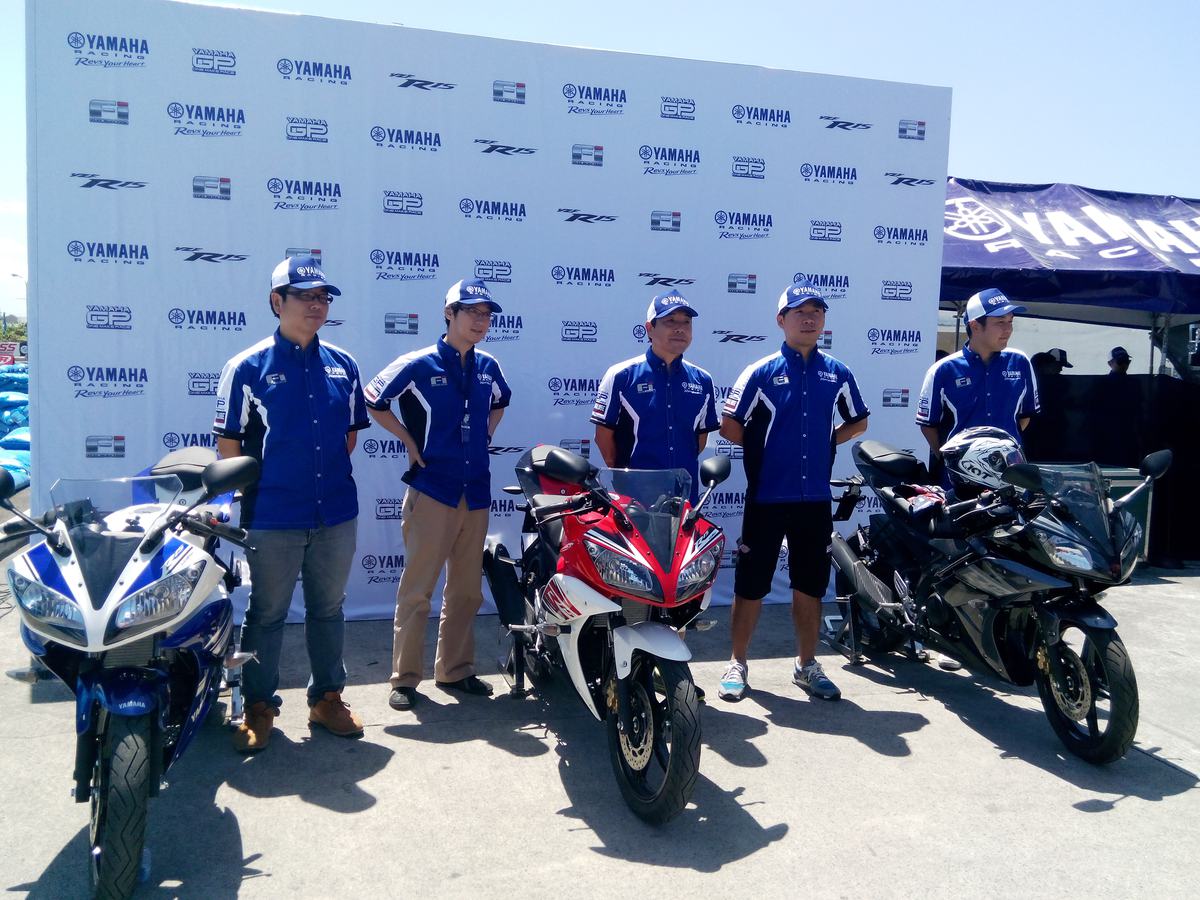 Yamaha Motor Philippines, Inc. recently held the first leg of the Yamaha Grand Prix last March 29, 2015 at SM City Santa Rosa, Laguna, wherein racers competed against each other to move on to the next round. As one of the country’s banner motorcycle racing competitions, the Grand Prix will feature F.I.-strutting makes to showcase Yamaha’s innovative engine technology.

YMPH Motorsports head, Jordan Cornista, reiterated Yamaha’s commitment to finding and cultivating Filipino riders who have what it takes to make a mark on the global scene. Meanwhile, YMPH sales and marketing director Kaoru Ogura fired the starting gun for the Grand Prix, signalling the start of races in the Automatic Inter-Club, Underbone Inter-Club, 115 Superstock AT, Vega Force I SS, Sniper 150 Open UB, 130 Open UB, and the Mio 125 MX i categories.

The race also saw the launch of the YZF-R15, an R-series bike with a powerful engine giving it unmatched revs both on and off the racetrack. Specifically, it has a 149.8cc single cylinder, liquid-cooled, 4-stroke, SOHC, 4-valve, fuel-injected engine capable of 17Ps @ 8500rpm and 15Nm of torque @ 7500rpm. The power plant is mounted to a deltabox frame with aerodynamic aesthetics ensuring it is light yet rigid, stable, and streamlined for maximum performance. Demoing its capabilities were Team Philippines’ ASEAN Cup Race riders Vingie Coloma and Masato Fernando.