After its launch in an exclusive event that was streamed online, Yamaha Philippines brought the latest standard motorbike in the Mio series at  the third Arangkada Motorsiklo Festival held at 10th Avenue in Caloocan City.  Executives from Yamaha Philippines, as well as Caloocan City Mayor Oscar Malapitan and Vice Mayor Macario Assistio III, were present.

Powered by a 155-cc, single-cylinder and fuel-injected engine, the Yamaha Mio Aerox S is mated with a V-belt automatic transmission producing up to 13.8 N-m of torque. It also now has a Stop and Start System which limits gas consumption and emission by turning off your engine when idle. The Anti-Lock Brake System (ABS) at the front tire enhances stopping power, while the Smart Key allows key less ignition. 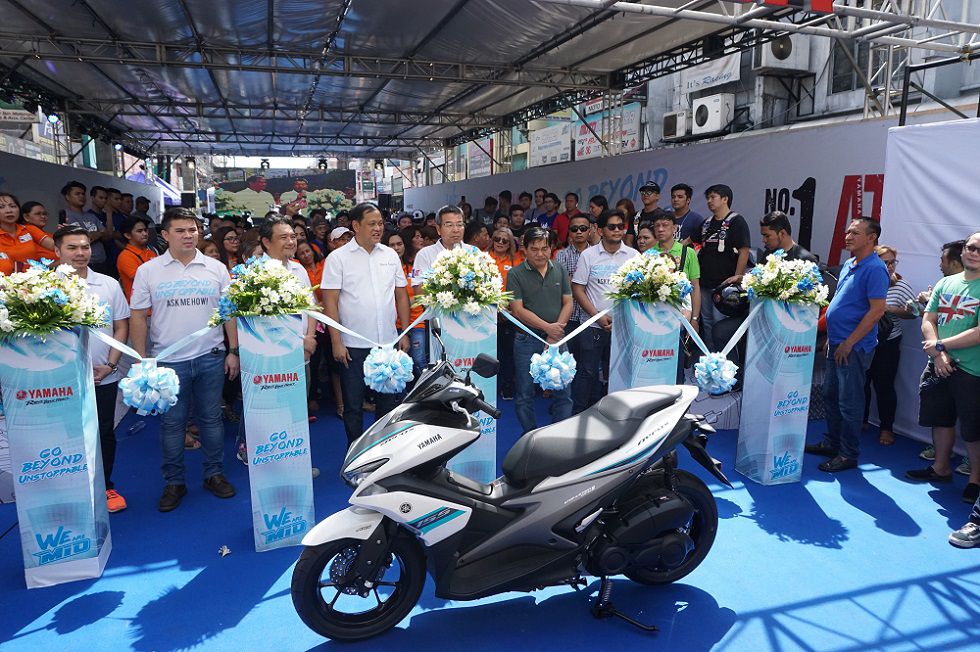 The reservation slots were easily filled in a matter of hours, leaving other hopefuls on the waiting list. A confirmation message from Yamaha staff were sent to those who qualify to the pre-order process. About 150 customers who placed pre-orders online claimed their unit during the event.

Coming in two colors of matte black and white, the Yamaha Mio Aerox S is now available in authorized dealers nationwide for PHP 122,900.