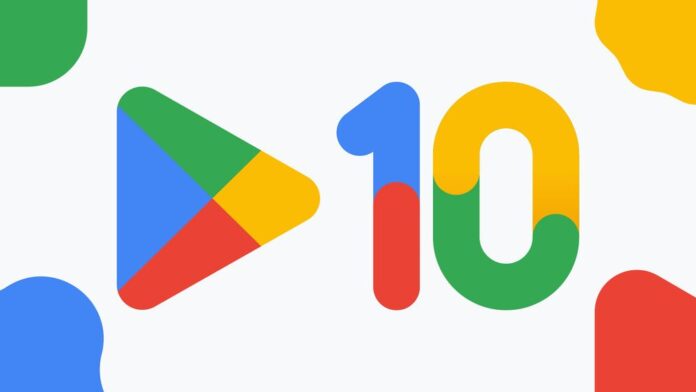 It’s been 10 years since Google Play was launched and through the years, Play’s mission has remained the same: help developers succeed and connect people to the apps that matter to them. Today, more than 2.5 billion people use Google Play every month to discover apps, games and digital content while over two million developers work with Google to build their businesses and reach people around the globe. To celebrate 10 years of Google Play, here are its 10 milestones in APAC and globally from the last decade:

Products and features like Google Play Pass–first launched in India on February 28, 2022–and Google Play Instant introduced new ways to experience apps and games. Additionally, Google Play Points, which debuted in Japan on September 18, 2018, allows people to earn points and rewards. To date, more than 100 million people have joined the program!

3. A celebration of favorite apps and games

Google Play’s ‘Best of’ awards celebrate the top apps, games, and other content on the platform. Over the years, it has expanded to 19 countries with new categories like “Best Hidden Gems” and “Best Apps for Good”, as well as a “Users’ Choice Award” which identifies people’s favorite titles and gives recognition to the app developers.

4. A safe and trusted space

Google Play Protect, a built-in malware protection for Android, now scans and verifies over 100 billion apps every day to help keep devices, data, and apps safe. Earlier this year, Google launched a new Data safety section where developers are required to give people more information about how their apps collect, share and secure data.

5. Help for developers of all sizes

Google is committed to helping developers grow their businesses — including providing business and technical consulting and supporting small studios through efforts like Indie Games Accelerator (IGA) which was first launched in Southeast Asia, India, and Pakistan. Among the first batch of developers who joined IGA is Monstronauts, a Filipino developer team behind mobile games Potion Punch and Potion Punch 2.

In 2019, to further support developers in the SEA region, the first in-office Developer Space opened in Singapore.

People can make charitable donations through Google Play and even use Play Points to support great causes, with 100% of contributions going directly to nonprofits.

Through research, youth engagement, and partnerships, Google Play’s Change The Game initiative celebrates and empowers women as players and creators.

Partnering with the developer community has helped bring better apps and games to people around the world, created new jobs and supported local economies. According to the Economic Impact Report 2021, app developers in the Philippines earn about PHP384 million (USD7.8 million) in revenue from both the domestic and international markets through the Google Play platform per year. Android enables app developers to save up to 25% of development time and target more than 1 billion users worldwide.

To round out this decade, Google is introducing a new Play logo that better reflects the magic of Google and matches the branding shared by many of its helpful products — Search, Assistant, Photos, Gmail, and more.

With all of that having come in only the first 10 years, it’s definitely exciting to see what else is coming in the next 10 years and beyond for Google Play. Happy 10th birthday, Google Play!

You can now use Viber to call any landline, mobile, or business—free of charge