A new band of heroes is set to take over the internet, the ragtag kind, that is. Marvel’s new band of teenage superheroes comes to one of the largest video-on-demand (VOD) service in South-East Asia, HOOQ.

The VOD service has just announced its exclusive Marvel offering: the 1st 3 episodes of Marvel’s Runaways with brand new episodes coming every week to HOOQ, same day as the US telecast.

Chief Content Officer of HOOQ, Jennifer Batty said, “We’re very excited, Runaways ticks all the boxes that we are looking for in a comic book Entertainment series!  Everyone thinks their parents are evil when they are a teenager BUT what happens when you find out they really are evil!?! With showrunners like Josh Schwartz and Stephanie Savage, producers of The O.C. and Gossip Girl, also available on HOOQ, we can expect the series to break away from some of the conventions and tropes that muddle teenage dramas.”

The series is based on the Marvel Comics superhero team of the same name.

It follows the story of six teenagers who unite against a common enemy: their parents, who reveal themselves to be super-villains in a sinister group called the Church of Gibborim. Running away from their respective homes, the teenagers work together to right the wrongs of their parents, and set on a journey to discover the secret of their origins in a fun and original spin on the superhero narrative. 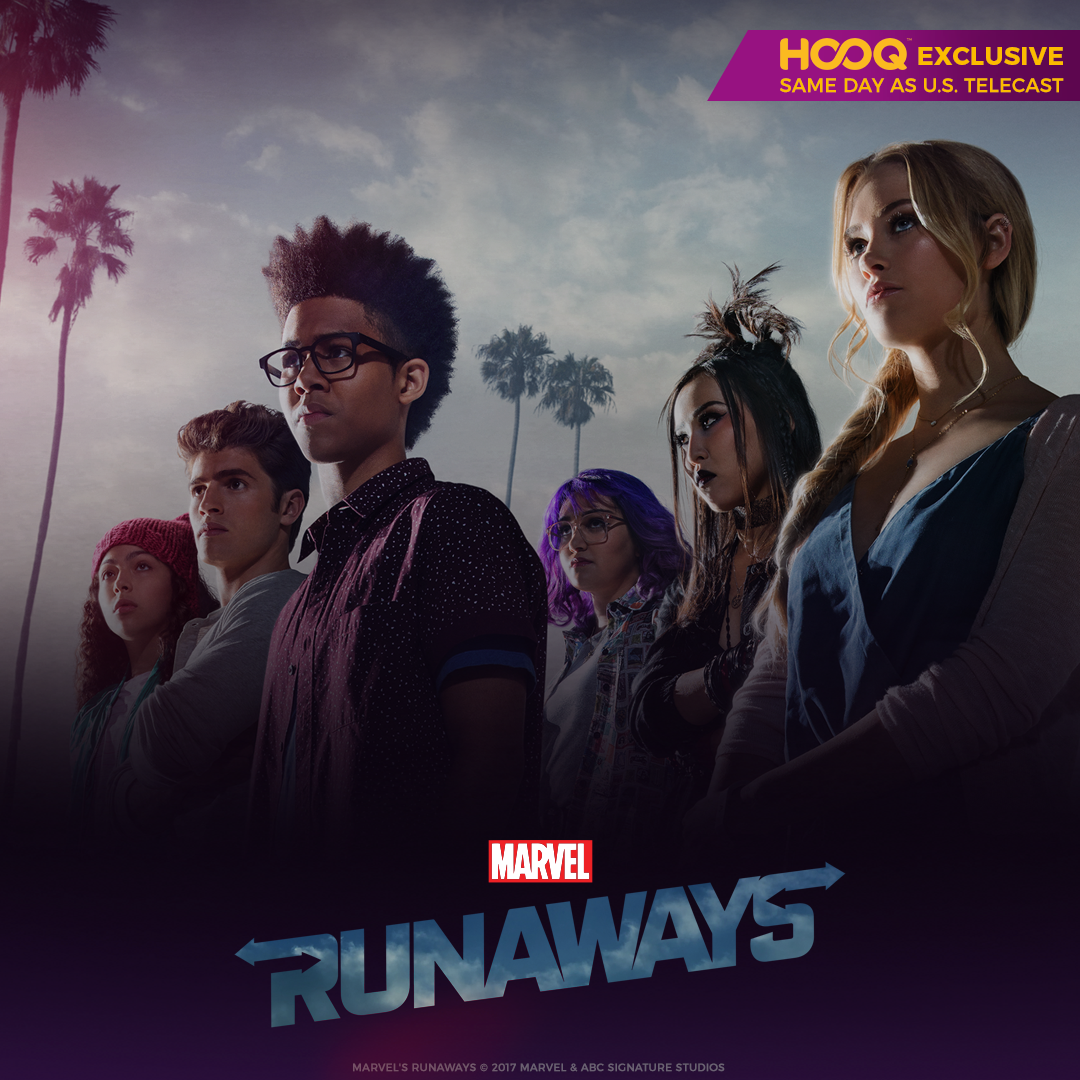 Catch Runaways and get HOOQ’d! Customers can simply download the HOOQ app from Apple Store or Google Play, sign up or log in, to access HOOQ’s extensive library of Hollywood and Asian hits. For a complimentary trial, visit www.hooq.tv. Once the free trial is up, you can pay for the subscription through credit card.

Mobile apps that took over the Philippines in 2020

People in the Philippines are always very practical when they choose their mobile apps. They choose the apps that will make their...
Read more

K-Pop’s Stray Kids talk about what’s important in Spotify: For The Record podcast

Nowadays, virtually everything can be done in the comfort of your home, with the help of the internet. From shopping for groceries...
Read more

In the wake of the pandemic, many non-essential businesses have either suspended operations or, unfortunately, permanently shut down. Some of these businesses...
Read more

GoodWork PH announces its partnership with PayMaya to provide its customers with safer and more convenient payment options on the GoodWork app.
Read more

Content revolution disrupts creative economy & pop culture: How and why it starts on TikTok