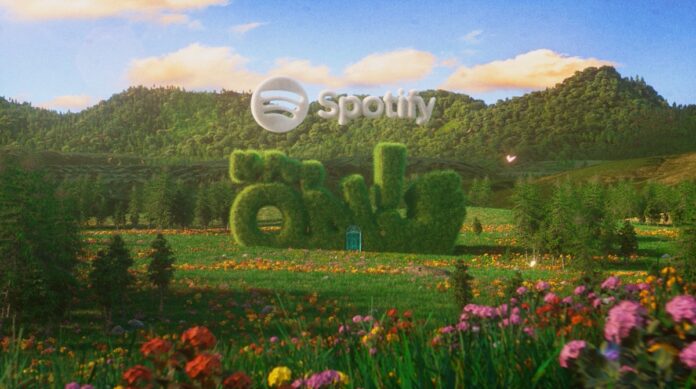 Spotify launched its newest global campaign with a series of dynamic films headlined by superstars B.I, ITZY, and SEVENTEEN. The campaign puts the spotlight on Spotify’s flagship K-Pop ON! (온) playlist, a range of top K-Pop artists, and its vision to be the ultimate destination for artists and fans to embrace all that K-Pop has to offer.

Inspired by the endless possibilities in the vast and varied world of K-Pop, the campaign films transport viewers to magical dreamlands where music and culture collide to transform the world around us. Fans can expect to join rapper B.I as he cruises through a futuristic digital metropolis, catch the girls of ITZY as they set up for an electrifying Neon Carnival, and escape with the boys of SEVENTEEN to a mysterious wonderland hidden in lush mountains.

Stans may now head to Spotify’s K-Pop ON! Track here to watch the films and access bonus content. Learn about what K-Pop means to ITZY, discover who’s on SEVENTEEN’s collab wishlist, and get inspired as B.I shares more of his ritual when he’s in the mood for some music. The track is set to be your hub for exclusive content to get up close and personal with the campaign’s star-studded cast. Behind-the-scenes footage is now also available on the platform, and fans can also look out for artist interviews over the course of the campaign.

A catalyst for emerging and established artists to reach fans with their music and a platform for stans and casual fans to discover the best in K-Pop, Spotify’s K-Pop ON! (온) playlist has scaled the genre beyond regional boundaries, languages, and cultures. Since its launch in 2014, the playlist has accumulated over 4 million followers worldwide, and over 2 billion streams, establishing itself as a global hub for the genre that continues to touch lives, spread positivity, and unite listeners through a shared passion for the music.

Following the release of the films, Spotify will continue to engage and inspire fans to turn on the K-Pop movement with a pipeline of exclusive artist content. Uncover your idols’ favorite tracks on @SpotifyKpop, and tune in to engage with a series of exclusive reels featuring some of the biggest artists.

Stay tuned to new and noteworthy music with K-Pop ON! (온) here. With more than 4 million followers today, fans aren’t just plugging into a playlist when they tune in, they are turning on the movement in music, culture, and community.