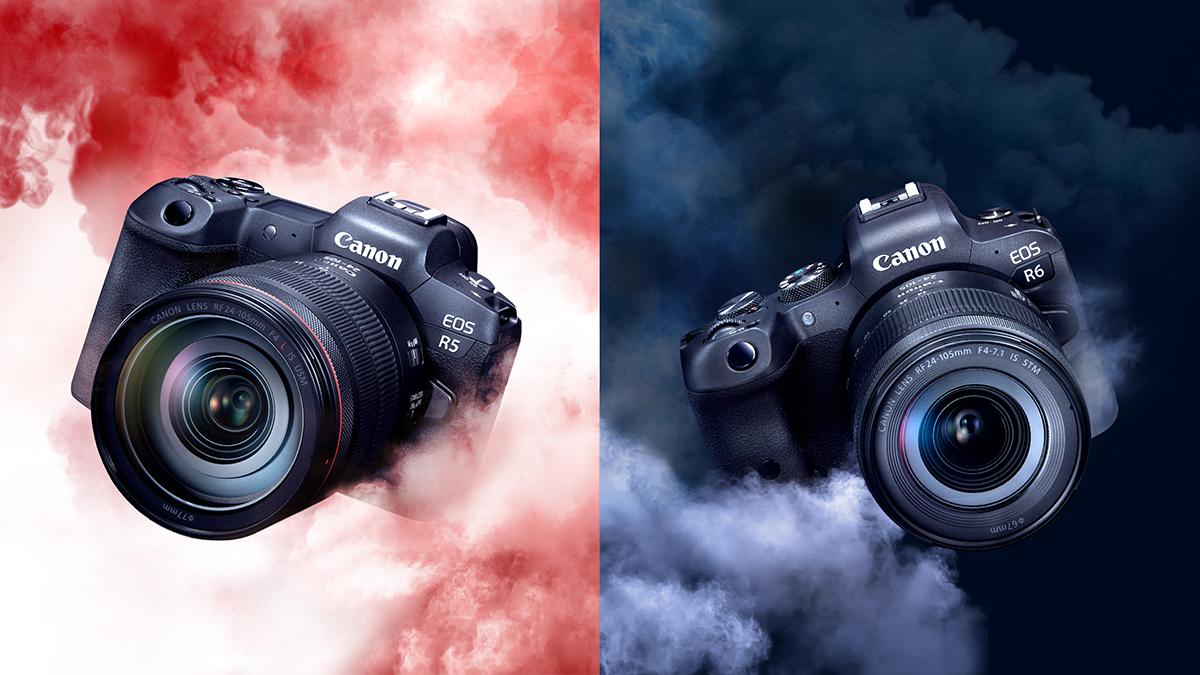 Canon has announced two new full-frame mirrorless cameras under the EOS R lineup—the EOS R5 and EOS R6. The new cameras are aimed at advanced amateurs and professionals and are designed to provide a high-quality, high-speed shooting experience. Equipped with a new and improved AF system, fast continuous shooting speed of up to 20fps and in-body IS, the EOS R5 and EOS R6 also come with dual card slots.

“We believe that the EOS R5 and EOS R6 will deliver above and beyond video performance for our advanced and professional users, with its breakthrough technologies and features. In particular, the EOS R5 is our first full-frame interchangeable-lens camera with the ability record 8K videos, which is a remarkable achievement within the camera industry,” said Benny Yu, head of consumer imaging and information division, Canon Marketing (Philippines).

Both cameras have Canon’s latest DIGIC X image processor, the same image processor from the EOS-1DX Mark III. Both cameras’ electronic shutter has a continuous shooting speed of up to 20fps at full resolution, even with AF and AE tracking. The mechanical shutter is able to at a continuous shooting speed of 12fps as well, making the EOS R5 and EOS R6 among the fastest full-frame mirrorless cameras in the market.

To keep up with the blazing-fast shutters, Canon has equipped the new EOS R5 and R6 with the new generation Dual Pixel CMOS AF II. The EOS R5 and R6 are the first in the EOS lineup to have an AF coverage area expanded to cover the entire sensor (100% x 100%). The Dual Pixel CMOS AF II also allows the two cameras to have AF Priority mode for either people or animal which recognize not just the body of the subject, but also the head and eyes of the subjects as well.

Another highlight of the new mirrorless cameras are their video recording capabilities. With the new DIGIC X processor and dual CFexpress card slots, the EOS R5 is able to record 8K movies at 30fps and 4K movies at 120fps. All these without any external accessories needed. The EOS R6, on the other hand, can record 4K videos at up to 60fps, and able to capture slow-motion videos at 120fps in FHD resolution.

Both the EOS R5 and EOS R6 have a magnesium alloy body, as well as dust and drip-proof construction. The camera bodies that are not only lightweight, but also prevent dust and water droplets from entering the camera body as well.

Both camera bodies of the EOS R5 and EOS R6 incorporate a 5-axis camera-shake blur correction In-Body Image Stabilizer (In-Body IS) function. When used in tandem with an Optical Image Stabilizer (Optical IS)-equipped RF lens, or even with RF lenses that do not have IS, the camera-shake blur reduction is as effective as up to 8-stops decrease in shutter speed.  Users would also gain image stabilization when using EF lenses that do not have Optical IS.