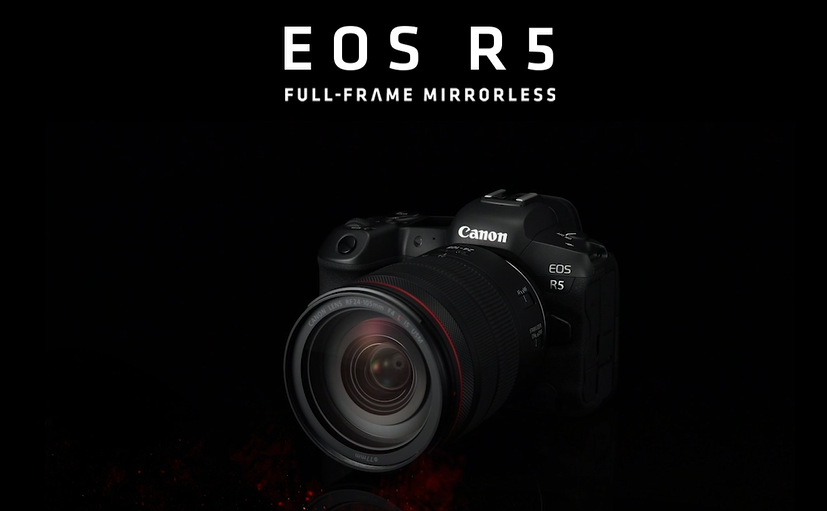 Canon says the EOS R5 will come with groundbreaking specifications in its video capabilities. The compact camera will have the ability to shoot 8K videos internally up to 30fps with full sensor width readout (without crop). This allows flexibility in post-processing or editing because of the access to four times the resolution of 4K — being able to crop in or pan within the frame and still deliver in 4K or FHD output. The camera can also shoot 4K videos up to 120fps, both internally and externally. For recording in both 8K and 4K, 10-bit YCbCr 4:2:2 internal recording with Canon Log is supported.

The EOS R5 also raises the bar for RAW movie recording, the upcoming camera will include internal 8K RAW movie recording up to 30fps with sensor width read out. Additionally, the dual pixel CMOS AF will be available in every video resolution even in RAW movie mode.

The EOS R5 also comes with an improved AF algorithm, capable of detecting the body, face and eyes of animal subjects such as dogs, cats and even birds. The Animal Detection AF in the EOS R5 is also capable of detecting erratic movements, enabling users to shoot a variety of fast-moving subjects with greater ease.

The EOS R5 will feature a 5-axis in-body image stabilization system (IBIS) which works in tandem with the image stabilization in Canon lenses to effectively reduce camera-shake blur. This makes challenging handheld shots also more easier and sharper — even when using a telephoto lens or shooting in a dimly lit environment.

Canon has also unveiled that the EOS R5 will have two card slots—CFexpress card and SD memory card. The ultra-high transfer speeds of the CFexpress card is one of the key reasons for the camera’s ability to perform continuous shooting of up to 20fps and internal recordings of 8K RAW movies.

With the addition of the EOS R5 to its lineup, Canon has dedicated to continue strengthening its EOS R System and provide its users with an imaging system that delivers higher image quality and greater ease-of-use.

Logitech Philippines has tapped Versatech International Inc. as its new official distributor for its video and conferencing room solutions. As part of the announcement,...
Read more