STEPN lets you play-to-earn while running 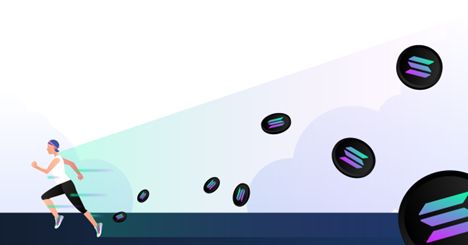 The up-and-coming play-to-earn lifestyle app STEPN leverages the power of blockchain technology to let players earn while they run or move.

When it comes to getting fit and achieving overall wellness, running is one of the best and easiest activities you can get into. You only need a pair of running shoes, your legs, and a lot of motivation to get started reaping a  plethora of health benefits such as relieving stress, enabling weight loss, strengthening joints, and so much more.

But what if aside from the obvious health rewards, there was an app that can help you monetize your passion for running?

STEPN is a Web3/blockchain-based lifestyle app, which means it incorporates blockchain technology for the decentralized transfer of information and assets. It makes it possible for the game to use non-fungible tokens or NFTs, which are unique tokens that cannot be replicated. For many blockchain-based play-to-earn games such as STEPN, NFTs act as tokens that can later be traded for cryptocurrencies. The game was launched in December 2021.

How the app works

To get started, players need to download the STEPN app through the Apple App Store or Google Play to begin playing. After signing up and creating a wallet for the application, users will need to buy an NFT sneaker from the in-app marketplace that fits their activity type: the options are Walk, Run, Jog, or Train. Players can pay for the NFT sneaker using SOL, the native cryptocurrency token of the increasingly popular Solana blockchain. STEPN is also built on the Solana blockchain.

These NFT sneakers are what the STEPN app uses to disburse the player’s earnings. Different sneakers will require different levels of activity, and have different stats for efficiency which determines the rate of earnings.  Owning a sneaker NFT will allot a player with 2 Energy points per day, and more energy points can be added once a player owns more than three sneakers, allowing for more run time and consequently, more earnings.

Once a player’s sneakers are set, all they have to do is begin moving. The app’s GPS will track a player’s movement and reward him/her for successfully maintaining the required pace of the type of sneaker they’re wearing.

STEPN users will also be able to collect another token called GMT in future updates. GMT is the game’s governance token which may be eventually earned by leveling up your NFT sneaker, halving events, and/or random daily distribution. Both GST and GMT can then be traded for other cryptocurrencies such as SOL or even fiat currencies—enabling players to literally earn as they run.

Many in the running world have already acknowledged the game’s potential to change running forever. In April, STEPN even announced it joined forces with global running shoe brand Asics to release a collection of limited edition STEPN Asics sneaker NFTs. The collection gained more than 95,000 participants and subscribed tickets from the STEPN community. The collection’s trading volume even exceeded USD10 million and maintained a floor price of USD3,000.

Indeed, STEPN has gained a large amount of attention ever since its launch just last year. The game is credited with presenting a new way for people to get fit while combining the best the worlds of blockchain and NFTs have to offer.

The good news is that it’s easier than ever for Filipinos to begin playing STEPN. For example,  SOL is already available on PDAX, the leading homegrown crypto exchange in the Philippines.

Through PDAX, Filipino STEPN players can also easily convert their pesos to SOL and purchase an NFT sneaker. All users need to do is download the app, create an account, and cash-in to begin buying, selling, and trading crypto. The locally-based exchange allows users to cash-in using 7-Eleven/CLiQQ machines, DragonPay, ECPay, GCash, PayMaya, or through online bank transfers. Cash-outs from PDAX are also done through popular outlets such as InstaPay, PayMaya, PESONet, and more. You can download the PDAX app through the Apple App Store and Google Play to purchase the SOL you need.

With STEPN, there’s more incentive than ever to get active and fit. In fact, there already is an active community of Filipino STEPN runners, boasting an ever-expanding number of 4,000+ members in one Facebook group alone.

As STEPN expands in popularity and develops gameplay even further, there’s more incentive than ever to lace up your running shoes and get moving. With the possibility of earning combined with the health benefits that come with running, it’s certainly a win-win for every runner out there.