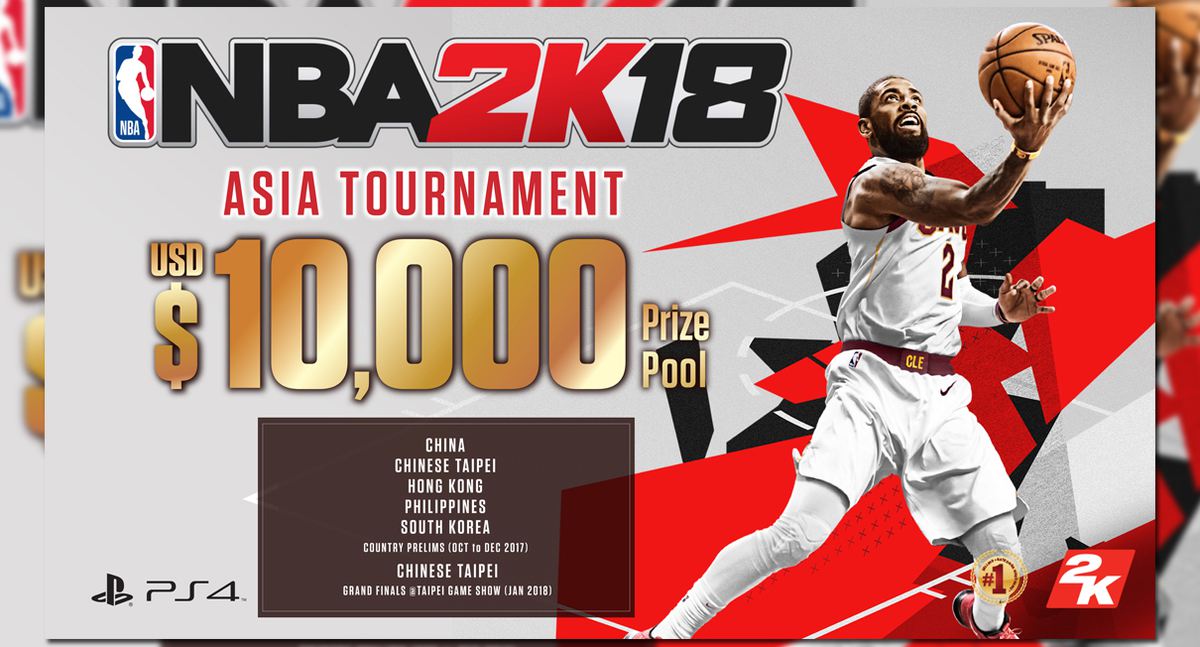 Video game publisher 2K, along with PlayStation Asia announced last September 7 that they will once again hold an NBA 2K18 Asia Tournament.

The local qualifiers of the competition will be held in Hong Kong, Chinese Taipei, South Korea, the Philippines and China between October and December 2017.

The top two players to emerge victorious from each country will represent their nations at the Grand Finals to be held at the Taipei Game Show in Taiwan in January 2018.

The NBA 2K18 Asia Tournament will be played exclusively on PlayStation 4. The third and second runners-up will be receiving USD 500 and USD 1,000 respectively, while the first runner-up will win USD 2,500. The champion will take home a whopping USD 6,000.

Participants must be 18-years-old and above with a valid passport.