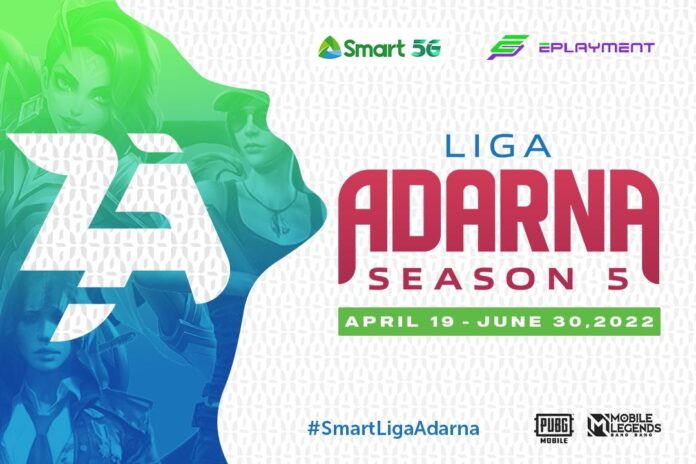 Running from April 19 to June 30, 2022, with the theme Ikaw Ang Bida, the new season of Liga Adarna will showcase once again the skills and strategic gameplays of the country’s top female esports players in Mobile Legends: Bang Bang (MLBB). For the first time this season, Liga Adarna has also added PlayerUnknown’s Battleground (PUBG) in its tournament.

This upcoming season, Smart Omega Empress (formerly known as LVD Huntress) is set to defend its title as the MLBB champion of Liga Adarna Season 4.

Avid gamers and enthusiasts can watch the games live on the FB pages of Liga Adarna, Smart Communications, Inc., and SMART Sports.

The latest season of Liga Adarna is in line with Smart’s long-standing support for Philippine esports to cultivate the passion, skill, and talent of Filipina gamers.

Aside from organizing the country’s biggest esports events and backing Filipino esports athletes, Smart supports gamers with relevant data offers and services to level up their gameplay.

Earlier this year, Smart launched the enhanced GIGA Games, which now includes data for PUBGM, on top of Mobile Legends, Facebook Gaming, and many more.

Smart Prepaid and TNT subscribers can conveniently register to GIGA Games via the GigaLife App, which is available on the Apple App Store, Google Play Store, and Huawei Mobile Services. Customers may also avail of GIGA Games by dialing *123#.

To join Smart GIGA Arena, subscribers can simply go to gigaarena.smart and create an account using their Smart or TNT mobile number. To join ongoing tournaments, users need to use Giga Arena tickets, which they can earn and accumulate every time they register to GIGA Games data packs on the GigaLife App or by dialing *123#.

Ookla declared Smart as the country’s fastest 5G mobile network and the winner of its Speedtest Awards™ for Q3-Q4 2021 with a Speed Score of 201.95. Its closest competitor posted a Speed Score of 116.08.

Know more about how Smart enables subscribers to level up their gameplay by visiting  https://smart.com.ph/Prepaid/whats-new/gigagames.