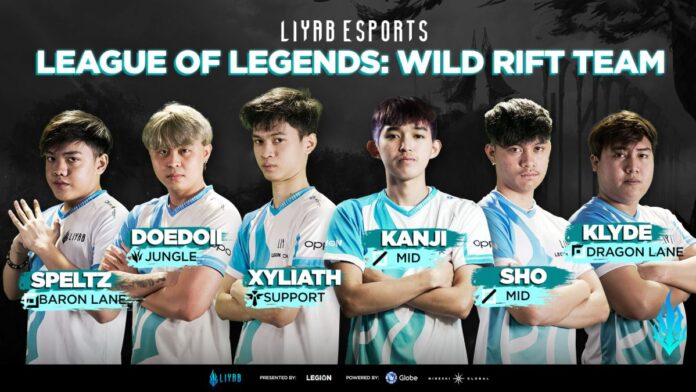 Local gaming organization Liyab Esports has announced a new League of Legends: Wild Rift (Wild Rift) roster for the 2022 calendar year. Effective immediately, they will represent the squad in all official Riot Games tournaments, set to begin next month.

The decision comes after a rigorous three-week, invite-only tryout that also included players from both Wild Rift and League of Legends PC teams of Liyab. Participants underwent private and competitive scrimmages. The team also used the opportunity to fill in its vacant head coach position. In the end, the players who had the best performance and rapport with the team were selected.

Sho was formerly with the Fennel Adversity team that represented the Philippines in the 2021 LoL: Wild Rift Southeast Asia Championship; while Klyde transfers from Oasis Gaming and was a member of Team Philippines in Hyperplay 2018, the first League of Legends competition with full ASEAN representation.

With new faces and veteran leadership onboard, the refreshed Liyab Esports group will now look to build off its success last year where it placed in the Top 3 of the LoL: Wild Rift Southeast Asia Icon Series PH – Summer Season 2021.

“First and foremost, thank you to our former Wild Rift players and coaches who have been instrumental in the team’s success since 2019. We wish them all the best in their future endeavors. As we move forward into 2022, we are confident that we have made the right moves to take Liyab Esports to the next level. Our work together represents a deeper commitment to nurture and develop the local gaming scene,” said Ralph Aligada, Head of Globe Games and Esports.

“We are proud to welcome new and familiar faces to our Liyab Esports family and are very excited to see what they can do together next year. As one of the long-standing teams in Philippine esports, Liyab has been a model of excellence for many to see what’s possible with the right support and partner. With Globe, we remain committed to providing them, as well as other local talents, every opportunity to showcase their skills so that they can someday represent the country on bigger, global stages and help elevate the Philippines as a major gaming hotbed,” added Mineski Philippines country manager Mark Navarro.

Be a part of the journey with Liyab Esports and stay updated on their latest news by following their official Facebook page (Liyab Esports).