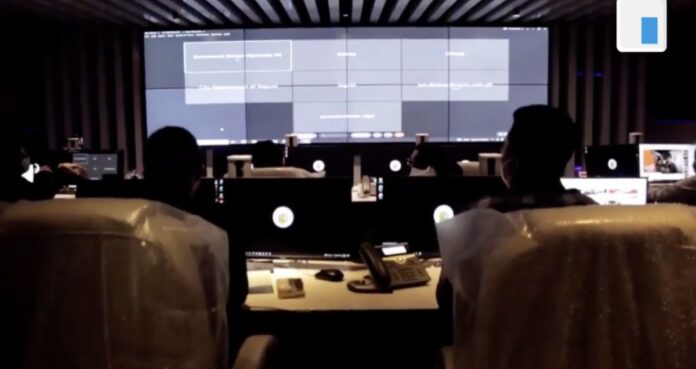 After almost a year of preparations, the Baguio city government has launched the country’s first-ever smart city command center through an inauguration at the Baguio Convention Center. According to Baguio City Mayor Benjamin Magalong, “This project indeed jumpstarted our digital transformation, and we are very proud of what we have accomplished so far even amidst this pandemic.”

The inauguration was graced with the presence of President Rodrigo Duterte. Mayor Magalong also acknowledged the attendance and hard work of representatives from Cisco, Cisco’s implementing partner NOAH, and the local government of Baguio. Members of the Department of Interior and Local Government, National Telecommunications Committee, the Office of Senator Bato Dela Rosa, and many others were also present.

“We are pushing forward with our goal to build the first smart city in the country. Our people share with me the eagerness and excitement of finally having an integrated smart city command and control center,” Mayor Magalong shared. “This infrastructure was a result of a growing partnership between Cisco and the city of Baguio, as part of Cisco’s Country Digital Acceleration Program entitled “UGNAYAN 2030.”

UGNAYAN 2030 champions digital resilience, in collaboration with the government, the private sector, and the academe to create a Philippines that is truly digital-first. “This project uses state-of-the-art Cisco technology that will revolutionize how to manage the city’s critical assets,” Mayor Magalong emphasized.

“The Integrated Command and Control Center allows Baguio to govern efficiently, and enhance the way they accomplish daily activities because it has the ability to gather data,” said Cisco’s OIC managing director Robin Llamas.

Mayor Magalong affirmed that the smart city system’s feature on big-data analytics will help Baguio identify, analyze, and solve various city problems. “The tougher challenge will now be upon us to act as a collective community to uprate, maintain, and sustain this facility, with top-notch efficiency and dispatch,” he said.

Cisco’s Integrated Command and Control Center serves as Baguio City’s all-in-one office for monitoring and coordination. Among others, the system allows video monitoring, disaster management, and crime analytics. It will be operated by a combined force from the CDRRMO, Police, Fire Services, Health, and EMS Departments.

Cisco Philippines and the city government of Baguio continue to collaborate by putting forth digitization as a way to address crucial issues of the pandemic.

“We’re pursuing digital transformation in the city of Baguio because we’re looking way way ahead, we’re thinking of a legacy that we can pass onto the next generation,” Mayor Magalong concluded.

Mercury Hackathon 2021: All about NFTs