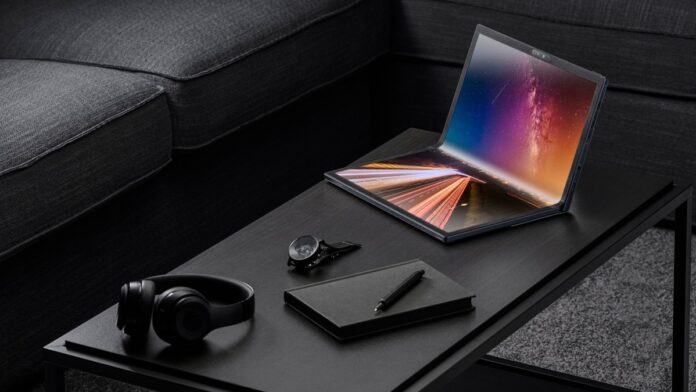 ASUS has announced its latest lineup of innovations at the Incredible Unfolds virtual launch event, continuing the brand’s legacy of pushing the PC industry into new territory with the breakthrough foldable design of Zenbook 17 Fold OLED and the commemorative Zenbook 14X OLED Space Edition. In addition, new models for both ASUS ExpertBook B5 and B3 graced the floor of CES 2022, laptops for empowering consumers and enterprises alike. These include 14-inch models for ExpertBook B5 and a 2-in-1 portable companion ASUS ExpertBook B3 Detachable. Also announced during the event are the ASUS TUF Gaming F15 and TUF Dash F15 gaming laptops, for bringing excellent performance to a broad range of gamers.

“ASUS has always been about the incredible. And we are proud of our ability to offer brilliant solutions to people everywhere, from business users to creators, gamers, and more,” said ASUS co-CEO Samson Hu as he kicked off the launch event.

During the launch event, ASUS also announced new designs on Zenbook 17 Fold OLED, Zenbook 14X OLED Space Edition, and Zenbook 14 OLED. In particular, select new laptops from the Zenbook family, such as Zenbook 17 Fold OLED and Zenbook 14 OLED, will feature a refreshed ASUS Monogram that is based on the visual concept of the ASUS 30th anniversary emblem. The modernized Monogram represents everything that Zenbook espouses: world-class innovation, an ascending spirit, user-centricity, and dedication to joyful experiences.

Featuring unique space-themed design details and finished in a special Zero-G Titanium color, Zenbook 14X OLED Space Edition celebrates a key milestone in the history of ASUS – the 25th anniversary of the ASUS P6300 laptop’s 600-day space mission. Exclusive to the Space Edition is its futuristic ZenVision, a 3.5-inch OLED companion display mounted externally on the lid that can show customizable messages and animations.

Built to withstand the rigors of space travel, the Space Edition complies with the ultra-tough US Space Systems Command Standard SMC-S-016A testing protocols, so it can withstand extreme temperatures (-24 to 61° C) when operational and vibration (20 – 2000 Hz).

The all-new Zenbook 14 OLED is a powerful, sleek, and lightweight 14-inch laptop that sets a new benchmark for portable perfection. This latest generation introduces a modern look and feel to the Zenbook series, with a bold new lid design and two elegant new color options: Aqua Celadon and Ponder Blue.

Despite its compact size — a mere 16.9 mm thin and 1.39 kg light — the all-aluminum chassis houses the latest 12th Generation Intel Core processors with Intel Iris Xe graphics, up to 16 GB of RAM, and ultrafast PCIe 4.0 SSDs. Co-engineered with Intel, the Zenbook 14 OLED design will meet the requirements of an Intel Evo laptop for responsiveness, instant wake, battery life, fast charge, and intelligent collaboration.

Portable Power for Business on the Go: ExpertBook B5 14”

Both models still have their distinctive ExpertBook features such as Ultralight and durable magnesium-aluminum alloy body, NanoEdge display, Thunderbolt™ 4 connectivity, and both are powered by 11th Gen Intel® Core™ processors. These new 14-inch models can also be equipped with the latest Intel Wi-Fi 6e network card and a dedicated garage for its stylus(ASUS ExpertBook B5402F only).

Designed to surpass exacting industry thresholds, such as MIL-STD 810H U.S. military standard, ExpertBook B3 Detachable is built to survive every extreme, from freezing temperatures to the searing heat of deserts, and high-speed shocks to everyday bumps.

Maximized for productivity, the ASUS ExpertBook B3 Detachable is Powered by the latest Snapdragon® 7c Gen 2 Compute Platform, which offers the perfect balance between great performance and long battery life to the job done, effortlessly.

TUF Gaming F15 and F17 laptops offer the 12th Generation Intel Core i7-12700H processor and up to an NVIDIA® GeForce RTX™ 3070 Laptop GPU with 140 W max TGP — a potent combination that delivers incredible gaming performance. For added power and control, a hardware MUX Switch gets around a performance drawback of gaming laptops, which tend to route the GPU’s frames via the CPU’s integrated graphics to the display. Gamers can use Armoury Crate to fire up a direct GPU mode that reduces latency and improves performance by 5-10% on average.

To match these performance gains, the laptops’ Arc Flow Fans have an updated 84-blade design. Each individual fan blade has varying thickness and a 0.1mm tip, which reduces turbulence while improving airflow. The overall design is quieter yet offers 13% more airflow than the last generation. For gaming-grade visuals, all 2022 TUF laptops are equipped with high-refresh-rate display options, including up to FHD at 300 Hz for the fastest FPS gameplay or QHD at 165 Hz for more immersive experiences. To top it all off, F15 and F17 feature new mecha anime-inspired designs and meet MIL-STD-810H specifications to ensure their durability on the go.

Originally launched in 2021, TUF Dash was created to present a thin and light form factor that was infused with TUF Gaming DNA. Continuing this legacy, TUF Dash F15 — the 2022 model — has been updated and upgraded with the latest hardware while keeping the thickness of the chassis under 20 mm.

Featuring a 12th Generation Intel Core i7-12650H processor and up to an NVIDIA GeForce RTX 3070 Laptop GPU with MUX Switch, TUF Dash F15 is an exceptionally capable gaming machine in a thin, light chassis. Brand-new DDR5 memory running at 4800 MHz easily breezes through even the most intense multitasking, and dual PCIe 4.0-capable SSD slots enable more than enough high-speed storage while on the go. For stunning visuals, a QHD 165 Hz panel with 100% coverage of the DCI-P3 color space keeps gamers immersed and provides a color-accurate space for content creation. With Thunderbolt 4 support, adding an external dock or a high-speed storage drive is simple and straightforward. Plus, for peace of mind while on the move, TUF Dash F15 also supports USB Type-C Power Delivery up to 100 W, enabling top-ups through a wide variety of compatible chargers and battery packs.

Prepare for this year’s “Hybrid Possibilities” with HP laptops