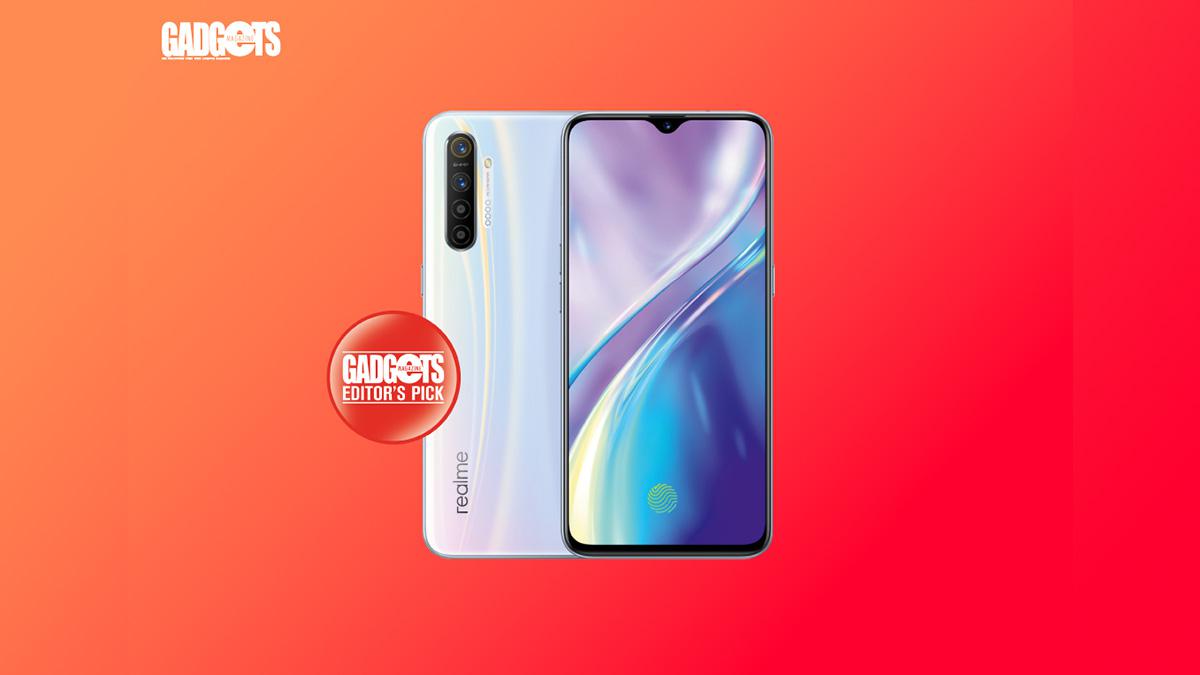 The Realme XT color schemes are eye-catching. The gradient finish on our pearl white unit was mesmerizing with the phone changing color right before your eyes.

The Realme XT sports a 6.4-inch FHD+ Super AMOLED dew-drop display. The phone is covered by Corning’s Gorilla Glass 5 which gives users extra confidence in case they have butter fingers. Thankfully users will have a better grip on the sides thanks to an aluminum frame.

You’ll find the volume rockers, as well as the sim tray, on the left side of the phone. On the right is the power button. You won’t find much on the top, only a mic hole, while at the bottom is the downward-firing speaker the USB-C port for charging, and the 3.5 mm jack.

The Realme XT isn’t lacking in the power department, thanks to Qualcomm’s Snapdragon 712 AIE chip paired with an Adreno 616 GPU. Memory is also a strong suit of the XT, and 8GB of RAM is more than enough to run most apps and games. The 128 GB of internal storage is also UFS 2.1, so files are loaded and accessed much quicker. If that’s not enough, the Realme XT also has expandable storage up to 256 GB via its dedicated MicroSD slot.

Realme has often boasted about its camera, and the Realme XT is no exception. It is carrying a quad-camera setup at the back, with a 64-megapixel main shooter. Following the main camera, it has an 8-megapixel ultrawide angle lens capable of up to a 119-degree field of view. Beneath the ultra-wide lens are two 2-megapixel sensors, one a dedicated macro lens and the other is the phone’s depth sensor.

The phone is powered by a 4000 mAh battery that is capable of VOOC 3.0, and though they did leave out wireless charging, the phone does have an in-display fingerprint scanner.

One of the first things I noticed upon receiving the phone was its weight. The Realme XT seems bulky to look at, especially with the jelly case, but the phone was surprisingly lighter than my current daily driver.

Speaking of daily driving, the two weeks with the Realme XT was fairly pleasant. The processor and RAM combo provided a smooth experience for me. The phone was blazingly fast in opening multiple apps.

Thanks to the powerful CPU-GPU combo, the Realme XT is a surprisingly capable gaming device. Both Call of Duty: Mobile and PUBG ran in high settings with no significant frame drops. Additionally, the phone was cool all throughout my heavy gaming sessions.

Another thing that amazed me was the battery life. The Realme XT has a smaller battery capacity compared to its siblings the Realme 5 and Realme 5 Pro. Despite a full 1000 mAh difference, the 4000 mAh battery lasted me throughout the day, sometimes even two, despite an hour of intense gaming and an always-on Wi-Fi Hotspot.

Realme is marketing the XT as a camera beast and it delivers. The 64-megapixel camera provided good details in the tests that I done. It’s not perfect though; some photos came out warmer than in real life but it was only a limited thanks to the timely update. The video department is also fairly decent, it can shoot HD videos in 60fps and 4K in 24fps. What disappointed me was the lack of optical stabilization in the camera which would have greatly helped since it already has a beast of a sensor.

The phone does have some drawbacks. The button layout forces unwitting uses to repeatedly capture screenshots when locking the phone. Another pet peeve I had with this phone was the speaker location. Since the downward-facing speaker is located at the bottom left of the phone, you could easily cover it with your palms when gaming. I was also left disappointed by the fact that there was no NFC or wireless charging support for the price.

Pricing is where the Realme XT takes a hit. PHP 16,990 is a bit much for the specs the phone offers. Don’t get me wrong, the phone’s camera is great but it just needs a bit more in the other department to be more competitive at the price point.

If you’re looking for a phone with a great camera without breaking the bank too much, then this might be it.

Be your own boss with the new Nokia 5.4

The home of Nokia phones, HMD Global, has today launched the latest addition to its 5 series smartphones globally – the Nokia 5.4.  The new...
Read more

vivo remains a top smartphone brand throughout the pandemic year