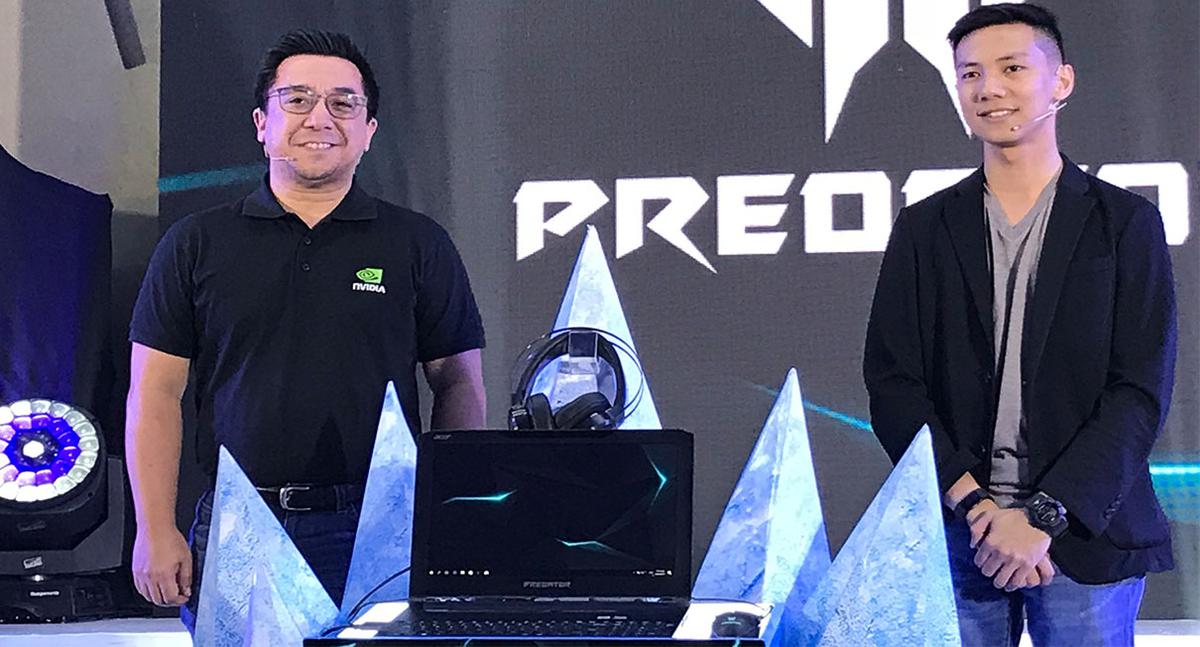 The Predator Triton unleashes a ton of power despite its small and portable form factor—forged thin at just 18.9mm, it features a slim chassis that lets users take their games with them, wherever. At first glance, gamers will see  the familiar  obsidian black color, the chassis that’s   embraced by  aluminum, and aqua blue accents instead of Predator’s usual red.

Alongside aggressive accents and angular corners is the ‘cut to diamond’, aqua blue-silhouetted Predator symbol that’s stamped on the laptop’s lid. Capable of being lit with the same blue tint is the RGB low-profile mechanical keyboard.

With toughness in mind, Acer equipped the  Predator Triton with components that are built to last. The laptop is equipped  with a versatile Corning Gorilla  glass plate that serves as a viewport for the AeroBlade 3D Fan and the Precision TouchPad. Similarly, at the north of the keyboard is the same durable Corning Gorilla  Glass that sports a thickness of  only 0.7mm.

The Predator Triton also sports a  crystal clear 15.6-inch full HD IPS screen that’s perfect for gaming, even at night. And if you prefer to plug it to a bigger display, the laptop gives you the option of using its its display ports—HDMI 2.0 or Type C Thunderbolt 3 .

The Predator Triton dominates towards overclockable graphics domination that’s packed in a thin chassis. The laptop sports a 8GB NVIDIA GeForce GTX 1080 GPU and Intel’s 7th Generation Intel Core i7 7700HQ processor for its CPU. It sports 32GB of DDR4 2400MHz, and is equipped with not one, but two PCI SSDs.

Additional features include the Max-Q Design for optimization;  and for audiophiles, 3D Dolby Atmos Sound and TrueHarmony.