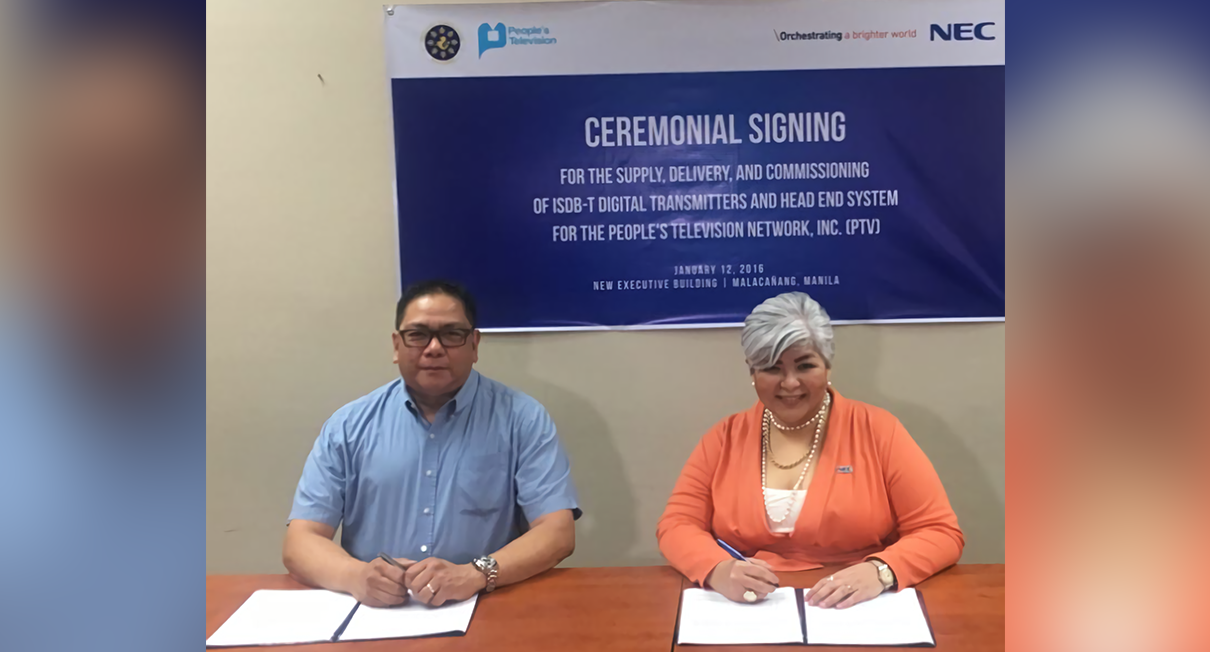 NEC Corporation and NEC Philippines, Inc. has signed a contract to provide digital terrestrial TV equipment for the People’s Television Network, Inc. (PTNI), the public broadcasting service of the Philippines.

This contract supports the expansion of digital terrestrial TV broadcasting in the Philippines, which has been gaining momentum since November 2013 when the country adopted the Integrated Services Digital Broadcasting Technologies (ISDB-T) standard.

Under this contract, PTNI is scheduled to introduce digital terrestrial TV transmitters and compression multiplexers across six locations in the Philippines, including Manila, Baguio, Naga, Guimaras, Cebu, and Davao, by July 2017. NEC is providing total support for the introduction of these units, including their provision, installation, and the training of personnel.

The equipment that NEC is slated to provide features some of the world’s highest levels of power efficiency, and is highly evaluated for superior reliability in the broadcasting field.

“NEC is proud to be working with PTNI to expand the delivery of high quality broadcasting to a larger audience in the Philippines,” said Elizabeth Pangan, president of NEC Philippines. “As part of NEC’s focus on providing Solutions for Society, this equipment will help to ensure that broadcasting and access to information is reliably maintained, especially during times of emergency, such as when powerful storms strike the region.”