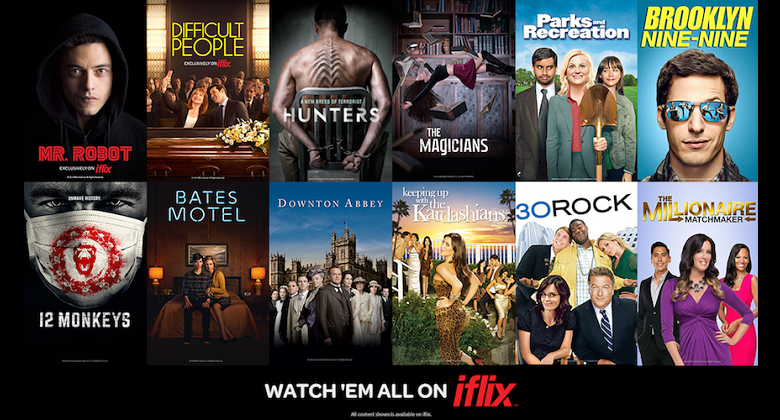 After entering a multi-year content licensing deal with NBCUniversal International Distribution, iflix subscribers now have access to hundreds of hours of television programming from NBCUniversal’s (NBCU) portfolio, including over 20 first-run TV shows and popular catalogue titles.

iflix now has exclusive premiere rights in the region to top NBCU TV series including the critically acclaimed Mr. Robot, fan favourites Difficult People and Hunters, and the highly anticipated fantasy series, The Magicians. Based on Lev Grossman’s best-selling novels, the new series will come to iflix in June. Each show will be available for the first time in the Philippines only on iflix.
Also available on iflix are current hit programs including Downton Abbey, Grimm, Brooklyn Nine-Nine, Bates Motel, 12 Monkeys, Keeping Up with the Kardashians, The Millionaire Matchmaker, and many more.

iflix subscribers will also be able to binge on a huge selection of NBCU’s most popular catalogue shows, including every episode of the Emmy award-winning drama series House as well as Emmy winning and nominated comedy series such as 30 Rock, The Office and Parks and Recreation.

Now available in Malaysia, Thailand and the Philippines, iflix will continue to roll out its world-class service to key additional Southeast Asian markets in the coming months. Offering consumers thousands of first-run exclusives, award-winning TV shows, blockbuster movies, popular Asian content, kids programs and more, each subscription provides users unlimited access to the service on up to five devices, including phones, laptops, tablets, and television sets, for viewing wherever, whenever. iflix subscribers can also download TV shows and movies from iflix’s extensive library for offline viewing. The service is priced at only PHP 129 per month in the Philippines for unlimited access with no ads!

For new subscribers, iflix offers a complimentary 30-day trial with full access to its world-class service, features and content, with no credit card or payment details required. Go to www.iflix.com to register.