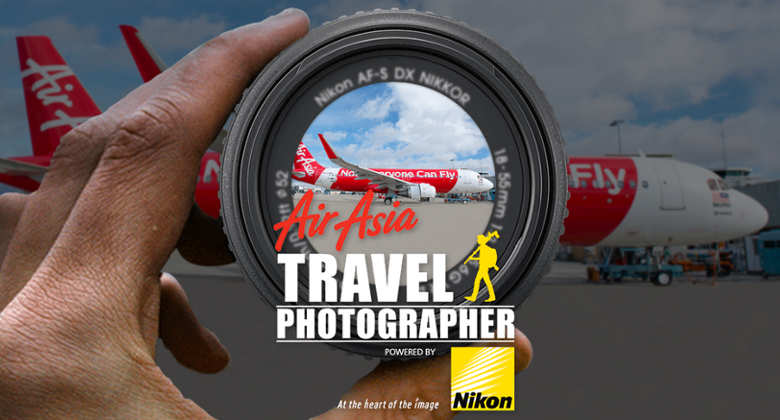 Four non-professional photographers—a barista, car salesman, and two office workers—traveled across Asia from July 21 to 28, capturing the region’s sceneries and culture in the hopes of becoming the first AirAsia Travel Photographer for 2015. The contest is sponsored by AirAsia and ThinkDharma Inc., the country’s exclusive distributor of Nikon products.

The four contestants include Velvet Lagman-Macasaet, an executive assistant and marathon runner; Sarah Garcia, hotel front desk officer; TJ Nepomuceno III, car salesman; and Paul Delfin, an indie music fan and barista. Famed photographers from the Philippines and Malaysia accompanied them in their travels to coach them on the art of the camera. These Nikon Pros include George Tapan, Raymond Cruz, Parc Cruz, and AirAsia’s resident photojournalist Adam Lee.

The winner will be decided via online voting, with polls over at www.airasiatravelphotographer.com to be opened starting August 20 and announcement of the grand winner to be held on September 11. Lucky voters will have a chance at winning Nikon cameras and AirAsia loyalty points which can be used for free flights to the brand’s 100 destinations.