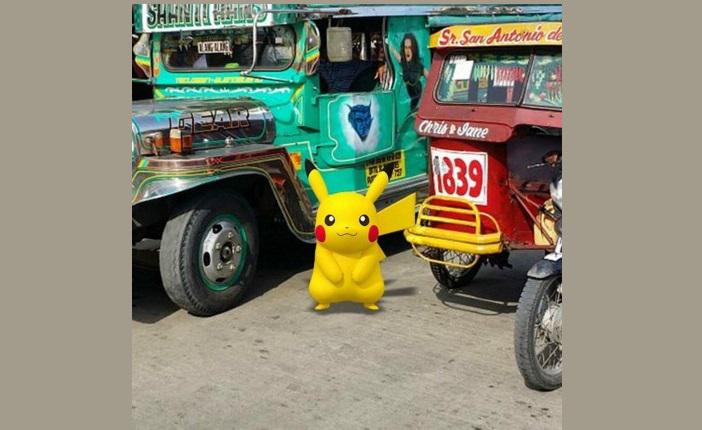 One with the legions of Filipinos excited for the arrival of Pokemon GO in the country, leading mobile services provider Smart Communications will give subscribers 7 days of free data access to Pokemon GO upon the launch of the hit game in the Philippines. This offer is available on both Android and iOS.

Smart and TNT subscribers who are using iPhones or Android smartphones can enjoy 7 days free data access to Pokemon GO upon accessing the game and start playing without data charges for 7 days upon the launch of the game in the country. No registration/activation required. Just download the app and start playing the game.

A location-based augmented reality mobile game, Pokemon GO lets players assume the role of a trainer who discovers and catches Pokemon or “pocket monsters” as if in real life using the GPS and camera of their smartphones.

Players level up their Pokemon and battle other trainers to gain Pokécoins that can be spent on in-game items.

Developed by Niantic Labs in partnership with Nintendo affiliate The Pokemon Company, Pokemon GO has swept gamers since it was first launched in the USA, Australia and New Zealand on July 6. The game is now available in over 30 countries, including Japan, where the original Pokemon game and anime series originated.

“Smart is one with the whole nation in waiting for Pokemon GO to finally go live in the Philippines, and we are very excited to welcome the game in our own big way,” said Kathy C. Carag, Smart Mobile Business Head.

“Smart subscribers nationwide can look forward to more special treats and promos that will allow them to make the most of their Pokemon GO experience.”

Drumming up the excitement among millions of Filipino fans, Smart joined the rally for #PHForPokemonGO on social media since the game was released in select markets last July 6.  On Twitter alone, the anticipation and clamor for the game reached more than 14 million impressions on over the last couple of weeks for Smart and Pokemon Go.

Smart and TNT subscribers can easily level up their gameplay via convenient and secure Pokemon Go in-app purchases even without a credit card.

To respond to the limitations of the lockdown but still ensure that they provide good service to their customers, Philippines AirAsia Inc....
Read more

Are you still using an outdated 3G SIM that gives you slow internet? If yes, it's time to upgrade to a Globe...
Read more