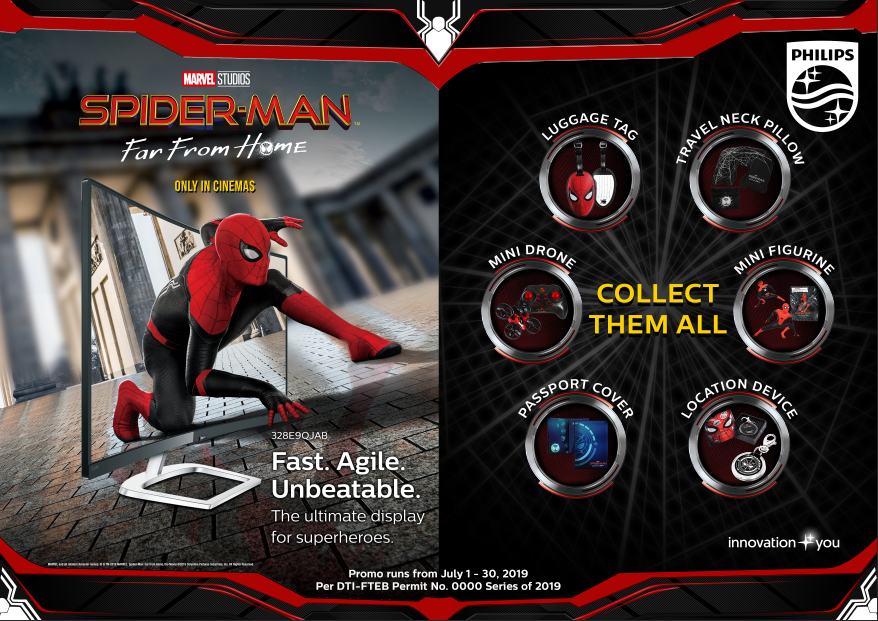 Philips Monitors recently partnered with Sony Pictures Entertainment to hold an exclusive premiere of the most awaited sequel of the Spider-Man franchise.

Set after the “Avengers: Endgame,” “Spider-Man Far From Home “puts the spotlight on Peter Parker, a.k.a the web-slinging superhero, who goes on a school trip with his friends in Europe. Trouble follows him as elemental threats from another dimension appeared to sow chaos. Getting recruited by both Nick Fury and a new superhero Mysterio for a mission, he is stuck to choose between taking the responsibility to continue Iron Man’s legacy and pursuing a normal life.

The brand will also be giving away special “Spider-Man: Far From Home” merchandise for free to customers who will purchase select models of Philips Monitors until July 31, 2019. Among the items that are up for grabs are mini drones, travel neck pillows, mini-figurines, and more when they buy participating Philips Monitors products in select dealers and outlets.

Here’s the complete list of qualified products for the promo: 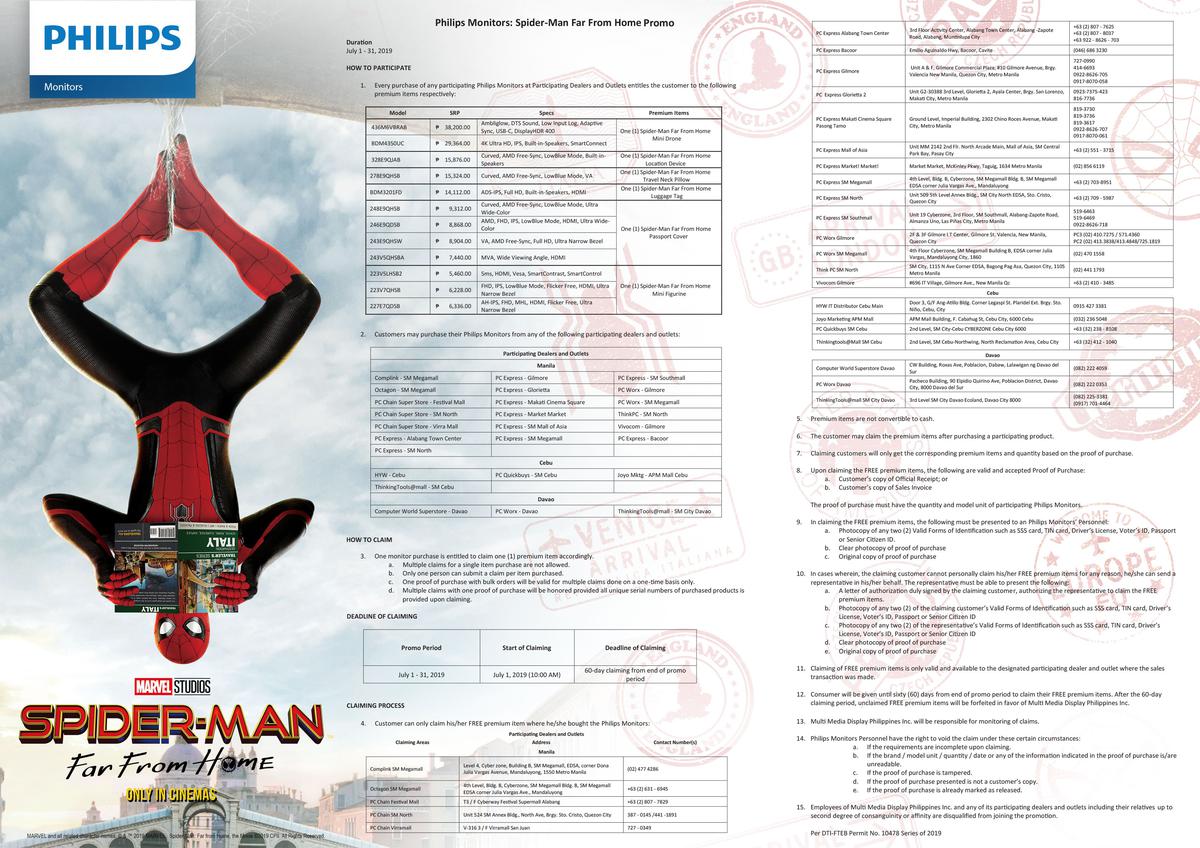 Customers can claim their freebies up to two months after the promo period from these participating dealers nationwide:

You can check out the complete mechanics on the Philips Monitors Facebook page.