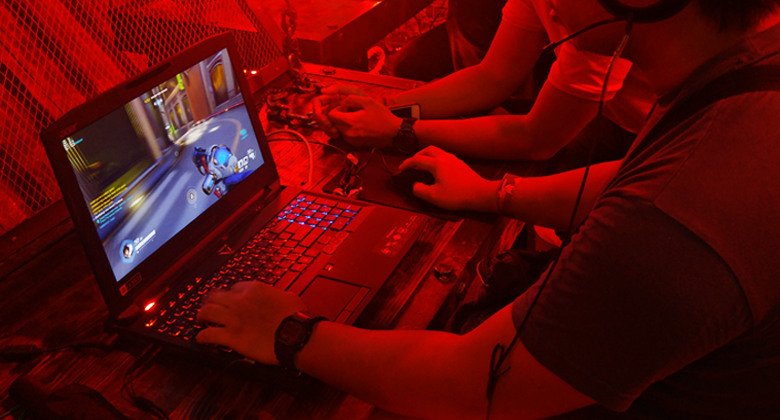 While Acer’s Predator gaming brand has been in the international arena for quite some time now, they’ve only recently brought it into the country. Their initial offerings include the Predator 15 gaming notebook, Predator X34 curved gaming monitor, Predator G3 desktop tower, Predator G1 compact tower, Predator Z650 projector, and the Predator 8 gaming tablet. 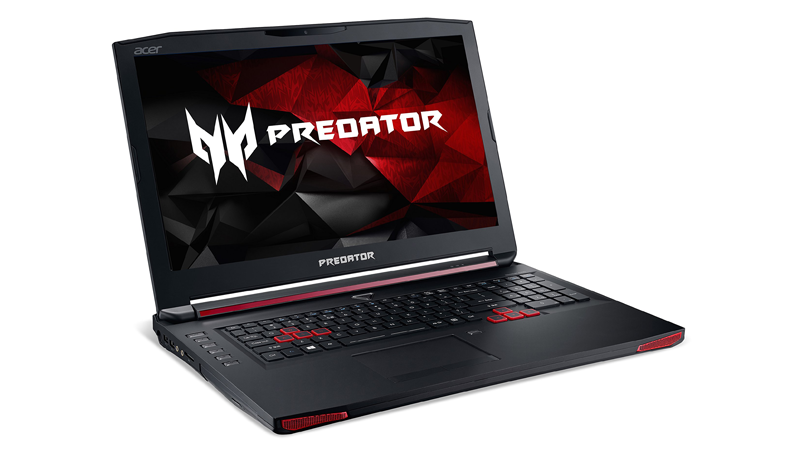 The Predator 15 packs true gaming-grade specs in a fierce looking body. Its design includes sharp angles accentuated by red accents all throughout, making its thermal rib design a real eye-catcher. Its Predator ProZone full keyboard sports customizable backlighting as well as easy-to-see WASD and arrow keys and dedicated macro buttons for better gaming control. Meanwhile, its display is a 15 inch beaut that has up to 4K resolution.

Its innards include an up to an Intel Skylake Core i7 processor, up to an Nvidia GTX 980M graphics card, up to 64 GB of DDR4 RAM, up to 1 TB HDD and 512 GB SSD storage, and up to an 8-cell Li-Ion battery. It also boasts Predator-exclusive features such as FrostCore cooling (swaps optical drive for custom fan cooler), Killer DoubleShot Pro bandwidth optimizer, SoundPound 4.2 audio driver, and DustDefender rear exhaust. The base model sells for PHP 69,995. 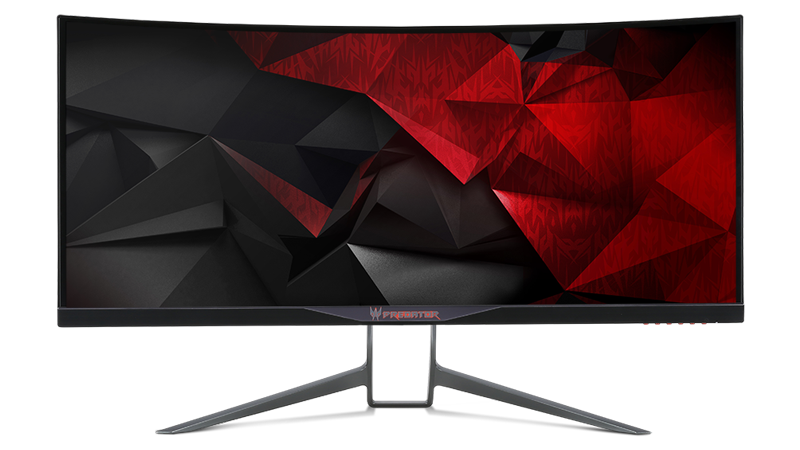 Claiming the title of “world’s first curved gaming monitor,” the Predator X34 comes in with a 34 inch diagonal with a 21:9 aspect ratio and Ultrawide Quad HD resolution of 3440 x 1440. While it comes with a standard 60 Hz refresh rate out of the box, the monitor itself can be overclocked up to 100 Hz, with tearing and screen artifacting prevented through Nvidia G-Sync technology. The Predator X34 also boasts of other features, including Flicker-less Technology; GameView color adjuster; ZeroFrame design for seamless multimonitor setups; and UnderGlow lighting for additional bling. Two 7 W DTS speakers are also on board. It is priced at PHP 64,980. 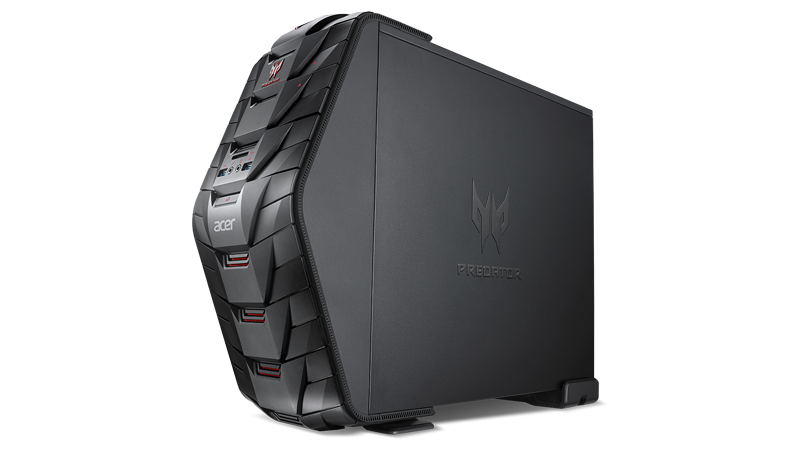 The Predator G3 is a compelling pre-built desktop, with up to an Intel Core i7-6700 quad-core processor, up to an Nvidia GeForce GTX 970, up to 64 GB of DDR4 memory, and up to a 3 TB HDD. Its innards are easily upgradeable thanks to Easy-Swap expansion bays at the front and standard slots on the inside. It also boasts of Sound Blaster Cinema 2 drivers for great audio outputs as well as a front-mounted headset cradle for your pair of cans. The base model sells for PHP 59,999. 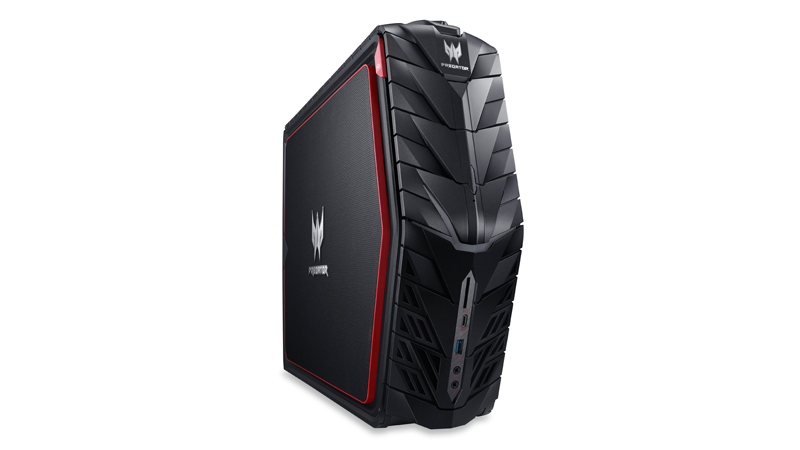 If the G3 is too large for you, then the itty-bitty Predator G1 may be more your style. Arriving in a mere 16 liter enclosure, the G1 nevertheless manages to pack the same burly innards as its bigger brother. It also features sound-reactive lighting in the front panel, Killer DoubleShot Pro bandwidth optimization, and a USB 3.1 Gen 2 Type-C port. 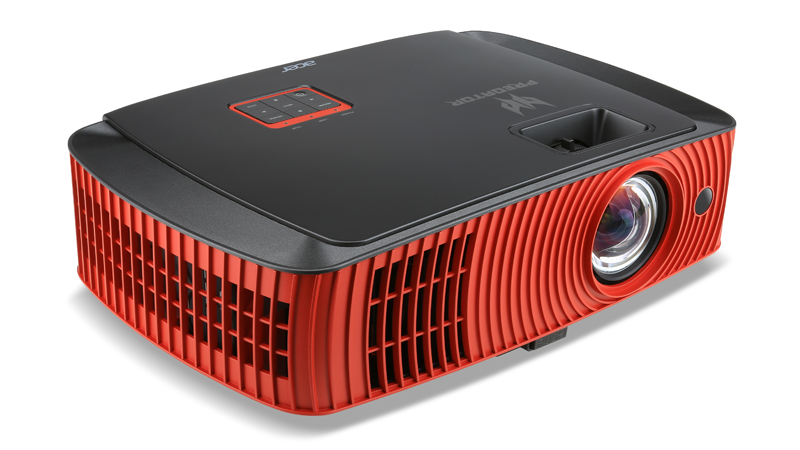 The Predator Z650 is a gaming (yes, gaming) projector packed with enough features to actually support that claim. First, it features Game Auto Mode which analyzes content in real time and automatically adjusts the projector’s settings to enhance it.. Second is Bluetooth-capable dual 10 W DTS Sound speakers for hassle-free audio. Third is a wide throw ratio of 100 inches at 1.5 meters for optimal image size even in a small space. And fourth is wireless and lossless 1080pl streaming. It has a PHP 78,990 price tag. 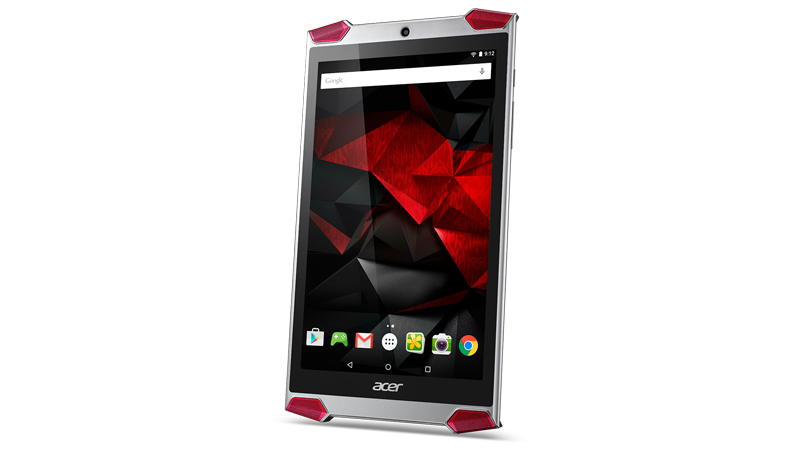 Designed for those looking for an ultra portable yet powerful device, the Predator 8 packs an 8 inch Full HD screen, four powerful speakers, and dual haptic feedback to give users unmatched gaming experiences. It is tagged at PHP 17,990.