HP Delivers Premium Style and Substance for the Modern Workforce

HP Inc. today unveiled a range of new devices, displays and accessories designed for the modern workforce, including the rollout of several award-winning premium features to the best-selling HP EliteBook 800 series and HP ZBook 14u/15u mobile workstations. As the world’s most secure and manageable PCs and mobile workstations, these devices – along with the all-new HP Thunderbolt™ Dock G2 and expanded portfolio of four new HP 4K displays – will bring powerful innovation and premium experiences into the mainstream workforce.

“The game has changed and standard issued corporate devices of the past no longer meet the needs of the workforce of the future, particularly among Gen X to Gen Z professionals,” said Kris Seville, PC Business Unit Manager, HP Inc. Philippines. “Our latest EliteBook and ZBook offerings set new standards for design, performance, and functionality. Whether it’s the world’s thinnest devices or the industry’s most robust security features, HP is redefining the commercial PC experience for the modern workforce.”

Today’s modern workforce requires greater flexibility in where and how work gets done. Sixty-two percent of people work from more than one location and 81 percent work during their personal time, illustrating the need for devices that seamlessly connect any time, any place.

As boundaries around traditional workplaces are erased, security becomes even more important. Nearly 70 percent of organizations have reported compromised laptops in the past 24 months, demonstrating the need for robust security features that provide constant protection and resiliency in the event of an attack. At the same time, as workplaces become more collaborative, the need for innovative tools is on the rise. The PC is at the center of this shift, with laptops the most frequently used device for meetings and collaboration.

Today’s announced devices each feature HP’s premium design language previously only available on the HP EliteBook 1000 series, with chiseled linear wedge profiles and anodized aluminum covers for sleek and strong devices that can hold up to the challenges of the workday. A standout feature for users who work in multiple, diverse locations, the EliteBook 800 series is the world’s first business notebook with an ultra-bright display that automatically adapts to changing light conditions, a feature also available on the ZBook 14u/15u.

Durability and sustainability go hand-in-hand as more businesses look to maximize their hardware investment and minimize their environmental impact. The EliteBook 800 series and the ZBook 14u/15u passed MIL-STD-810G testing and are more easily serviceable than previous generations. The ZBook 14u/15u have industry-leading durability in a thin and light 14 and 15-inch form factor, as they passed two additional MIL-STD tests for bench handling and crash hazard shock for unpredictable conditions in technical environments. The devices in this lineup are ENERGY STAR® certified and EPEAT® Gold registered, reflecting HP’s commitment to sustainability.

The EliteBook 800 series features the world’s only notebooks with a world-facing, noise-cancelling microphone, which removes unwanted sounds when in individual mode or enhances for 360-degree voice pick-up when in conference mode. The ZBook 14u/15u also carries this innovative feature for collaboration. All these devices come with the HP Premium Collaboration Keyboard, which features built-in keys to easily manage calls, and include HP PhoneWise, the world’s only Windows solution to text and call from the PC across iOS and Android™ devices.

New PCs and Workstations include: 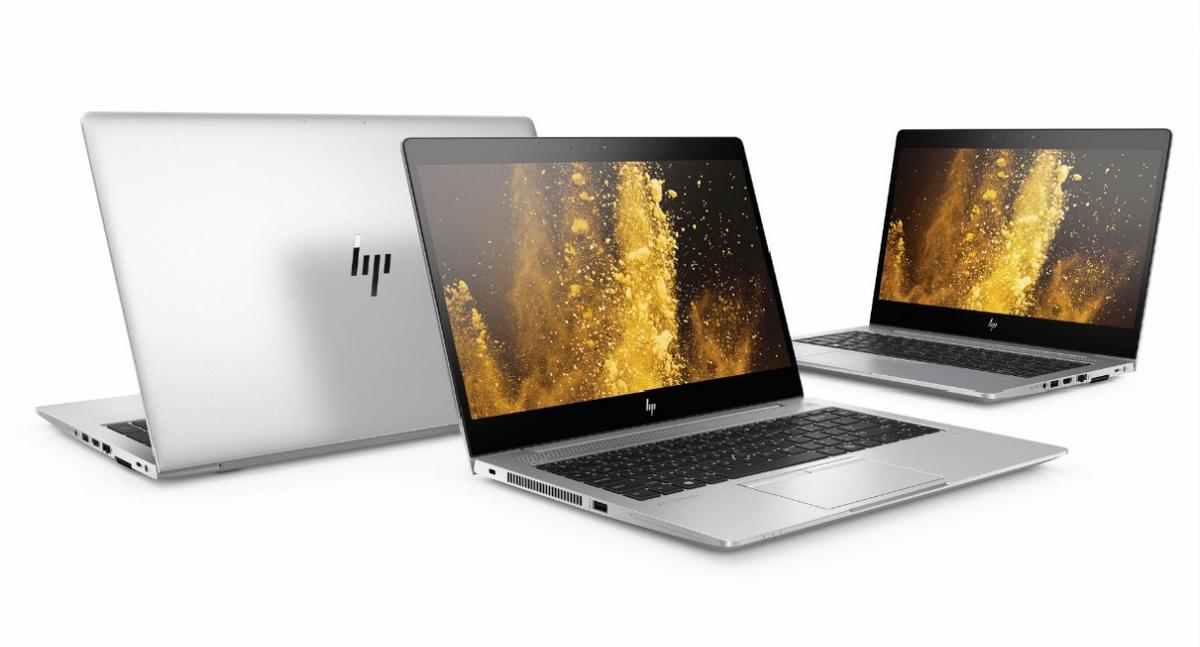 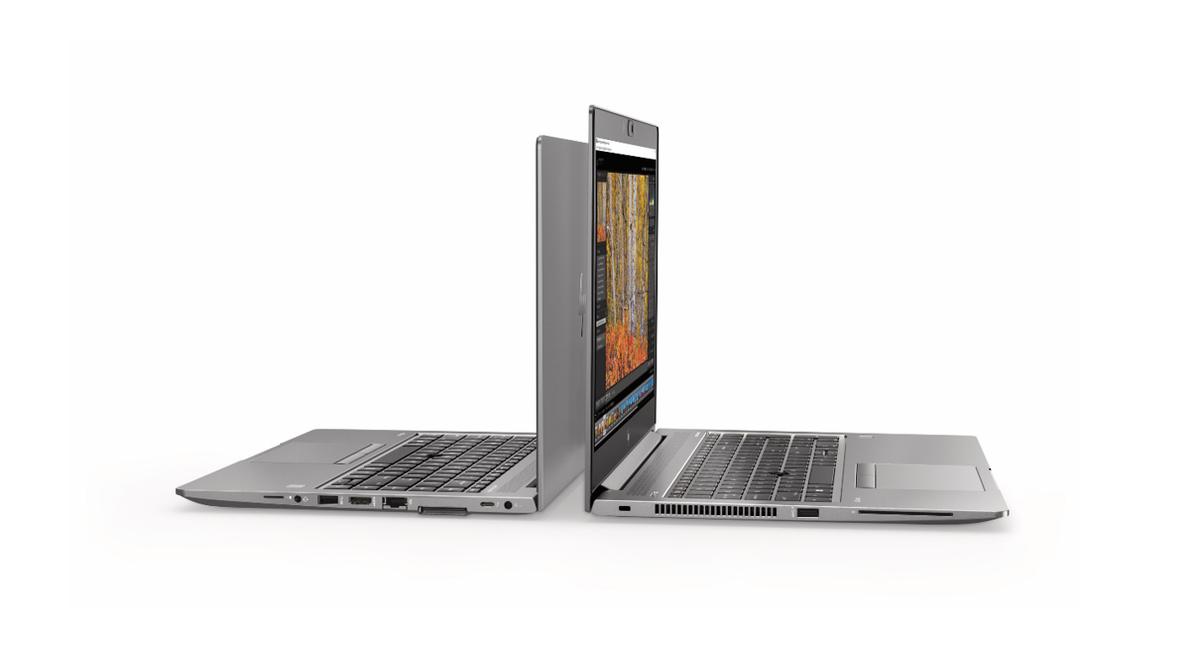 For a clean, sleek and productive desk, HP is announcing a new dock and 4K displays:

The new HP Thunderbolt™ Dock G2 is the world’s most versatile Thunderbolt™ dock and its highly innovative design gives users a clean and functional working space while enabling IT to support any HP or non-HP device notebook with Thunderbolt™ and USB-C™ functionality. This compact dock provides power, handles up to two 4K displays, and is the world’s first Thunderbolt™ dock featuring an optional audio conferencing module – great for closed offices, small huddle rooms, or focus rooms – all through a single cord.

Pair the new dock with a variety of new 4K displays from HP for multitasking with clear, crisp content and applications. The HP EliteDisplay S270n is HP’s first 4K EliteDisplay that can pull video and data and send up to 60W of power to the PC with just one USB-C™ cable connection.

To address the high standards of engineers and designers who need a consistent color calibration, the new HP Z27 and HP Z32 are factory color calibrated to meet the requirements of these users’ unique workloads. The HP Z43 (image below), HP’s largest 4K display, is for users who require a larger screen. All three 4K HP Z Displays offer 10-bit color so users can view over 1 billion colors, millions more than standard 6-bit or 8-bit displays. Also, each of the new 4K Z Displays offer a USB-C™ connection that not only connects video and data, but delivers 65W of power back to the PC. 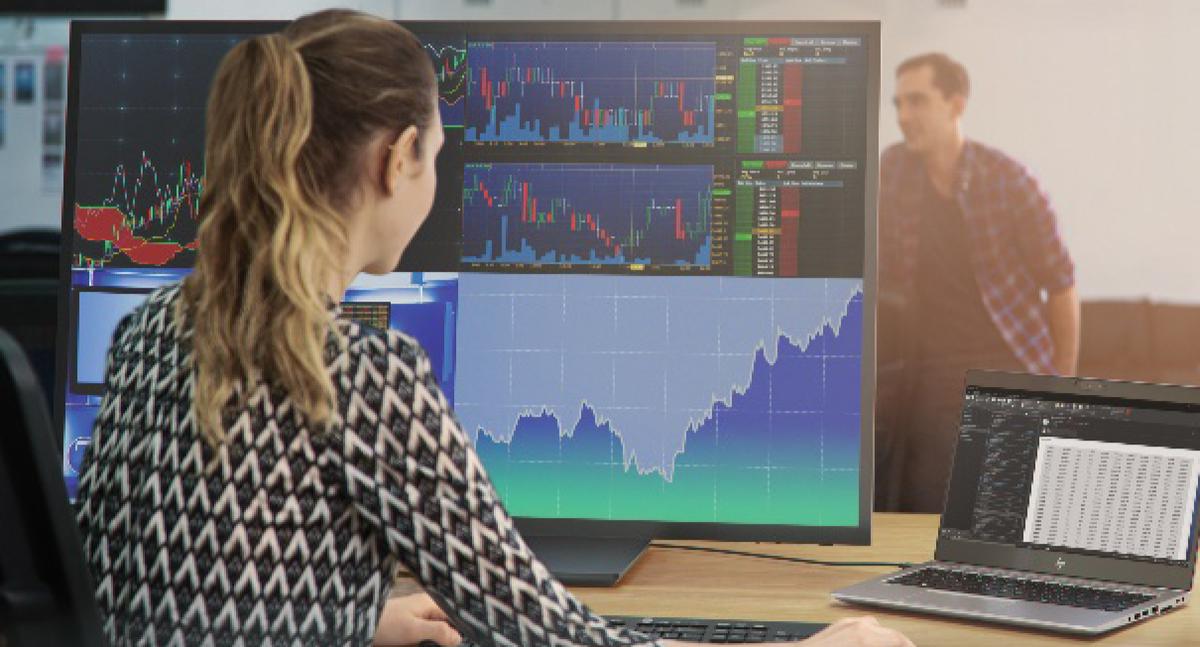 As security continues to be a priority businesses and users, choosing the right PC hardware is increasingly becoming a security decision. This is why HP designs its EliteBooks and ZBooks to be the world’s most secure and manageable PCs and workstations5, now with even more security and manageability features to combat today’s threats.

“Security is a constantly evolving space – an area where no one can claim that they’ve solved security and how a PC OEM approaches security needs to be top priority when a business is making a purchase decision,” said Patrick Moorhead, principal analyst, Moor Insights & Strategy. “I applaud HP’s approach to endpoint security and its commitment to hardware security, as security should be an important consideration factor for anyone looking to purchase a PC.”