Fans of new Netflix original series “You” were in for a treat as its two leading actors recently dropped by in Manila for an exclusive press event and a special meet-and-greet with select fans.

Partners from the Philippine press and entertainment industry flocked to The Peninsula Manila for an exclusive sit-down panel, “In Conversation with You,” with the show’s biggest stars,  Gossip Girl’s Penn Badgley and Shay Mitchell who made a name in American primetime TV by playing strong female personalities.

During the special interview with the media, the pair discussed the success behind You while delving into the show’s impact on audiences who use social media, including its effects, both good and bad. 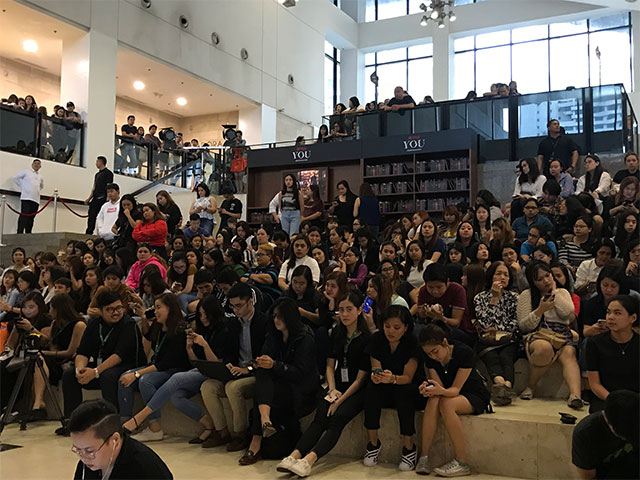 To celebrate their special stay in the country, Netflix hosted special events for the entire week for fans’ enjoyment. The meet-and-greet between Badgley and Mitchell was held at Greenbelt 5 in Makati City in which superfans spent a day in conversation with the stars.

The fun continues until January 19 as fans who will troop to Greenbelt 5 can tour a replica of Mooney’s Bookstore and “The Cage,” the show’s so-called glass room. The installation is open to the public.

Globe customers can catch other electrifying Netflix show titles while on the go through the official Netflix app. Globe Prepaid customers can subscribe to their favorite promos like GoSAKTO90 and GoSURF50. TM customers who subscribe to EasySurf50 and up will get an additional 2 GB for FREE to GoWATCH their fave shows anytime, anywhere from Netflix, and other streaming services. It’s never been this easy to #PlayItRight and stream the best entertainment from legitimate sources only.