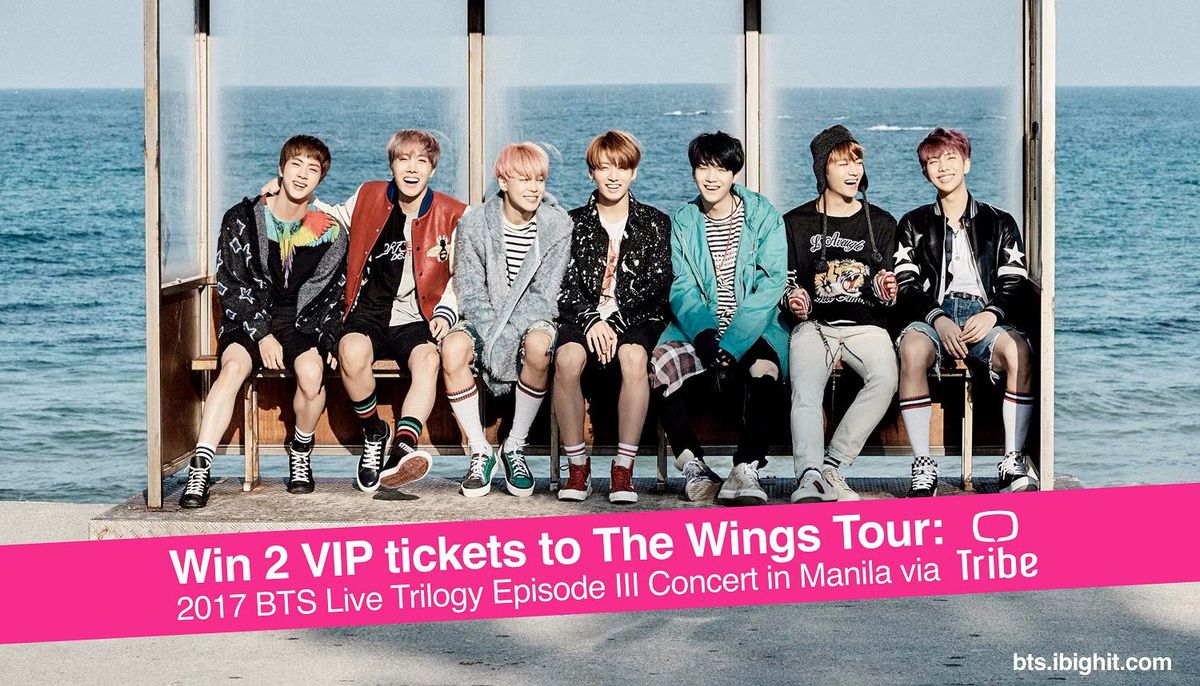 BTS is a kpop boy group that has swept the world with their Wings album–ranking first on iTunes in 26 different countries. This 7-member group also has a huge social media following, and was even recently nominated in the Top Social Media Artist category of the 2017 Billboard Music Awards.

The group is now gearing up for their second solo concert in Manila, happening on May 6 and 7 at the SM Mall of Asia Arena. For those still without a ticket, download the Tribe app via Google Play or the Apple store, register your account, and binge K-dramas, Anime shows, or linear channels.

The Tribe user who spends the most time watching content on the app from April 10 to 23, 2017 will win two VIP tickets to the The Wings Tour: 2017 BTS Live Trilogy Episode III Concert in Manila

Download the Tribe app now via Google Play or Apple Store and get a chance to win those BTS tickets!

For new users Tribe offers a 30-day free trial. Subscription fee is just at PHP 69 a month and PHP 30 a week. Simply text “Tribe69” to 7227 for Globe subscribers to enjoy live and on-demand shows.