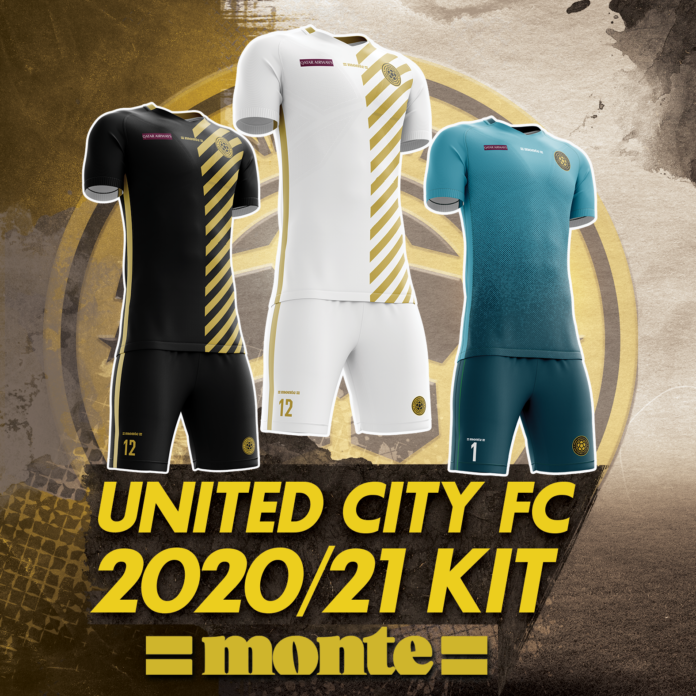 United City Football Club (UCFC) has announced its new Monte Athletics home & away kits ahead of the Philippines Football League (PFL) season, and the AFC Cup campaign set to take place in Vietnam next month.

United City Football Club (UCFC) co-founder Eric Gottschalk says, “I’m very happy to announce that Monte Athletics will be the official kit supplier of UCFC for the 2020 season.  We chose them as we want to stay true to our mission of supporting football in the Philippines; and this should also include its stakeholders, the local community.  We were right away convinced of the premium quality of the high-performance range of the Monte products, so it was an easy decision to partner with them for our inaugural season.”

Gottschalk also says that this may also be the first time in Philippine football that a club has launched an official season kit which was jointly designed by both the brand and its players, and at the same time, will be carrying a logo which was part of a public design competition voted by the fans.

“It all goes back to the fans and the community, without them, we are nothing.  Even our video producer has local heritage, (US based filmmaker Angelo Petroccione Reyes of Reyes Productions). This is only the beginning, and everyone will have a lot to be excited about this season,” ends Gottschalk.

Monte Athletics will offer the club’s merchandise, ranging from replica jerseys to branded face masks. Fans may purchase the official UCFC Home & Away replica jerseys at the Monte Athletics online store on Lazada from 1 September onwards.  The club will also announce additional retail and online partners in the Philippines.