Over the past couple of years, Pioneer Insurance has reached out to talented Filipinos from various colleges and universities to showcase their creativity in the arts.

This year, Pioneer partnered with Team Manila in launching the Big Heart Graphic T-Shirt Design Contest with entries taking inspiration from the random acts of kindness by Filipinos.

More than 150 designs were submitted to the competition from all over the Philippines for preliminary screening by graphic designers and creative teams from both Pioneer and Team Manila. The designs were also promoted heavily on social media including Facebook, YouTube, Instagram and Twitter. 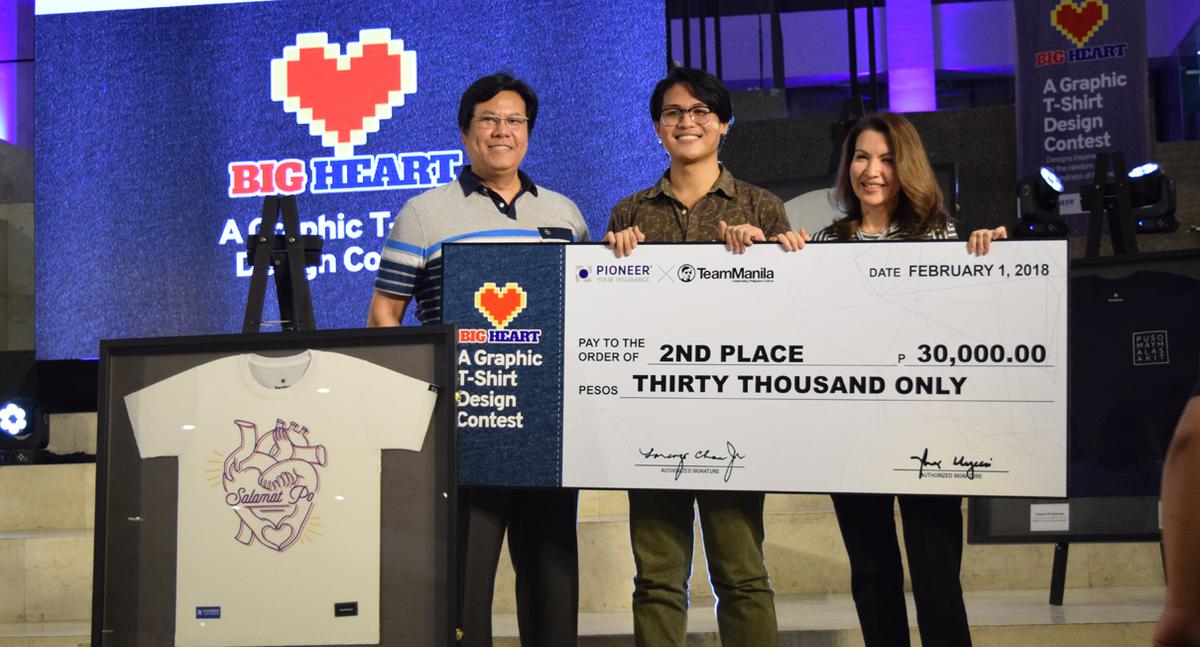 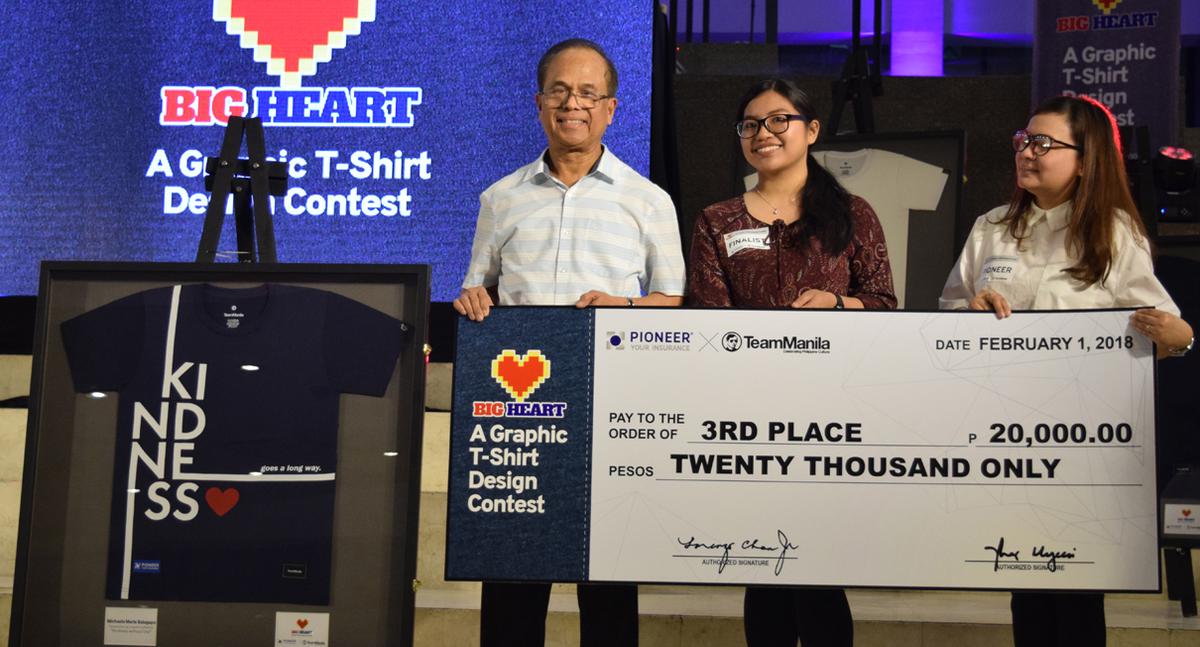 The top three finalists were also awarded insurance coverages from Pioneer, as well as a chance to make a profit from their t-shirt designs which will be made available for purchase at Team Manila Lifestyle stores, the Suez & Zapote Gallery and Lazada beginning March 1.