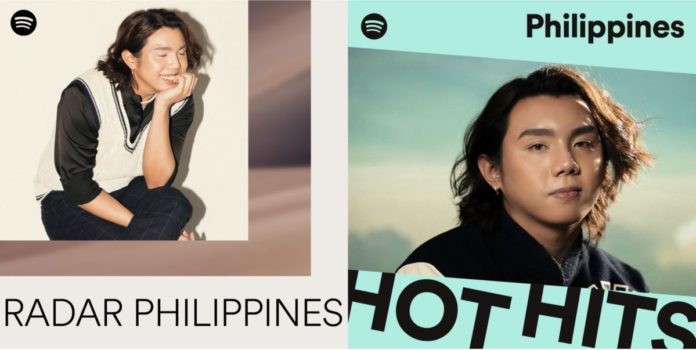 Alternative pop and R&B artist, Zack Tabudlo’s Binibini has broken a record on Spotify as the longest-running number #1 local track by a Filipino RADAR artist on the Philippines Top 50 Chart this year. It maintained its reign at the top of the charts for six consecutive weeks, as well as gained global footing by topping the charts for four consecutive weeks in Global Viral.

At just 19 years old, the Island Records Philippines/MCA Music signed singer was added to Spotify RADAR Philippines, a global program unearthing emerging artists, spotlighting their work on the global stage and connecting them with new audiences. After seeing huge listenership on the RADAR Philippines and OPM Rising playlists, Binibini made its way to OPM playlist  Tatak Pinoy and subsequently scored a spot in Spotify’s flagship playlist Hot Hit Philippines. To date, it is Zack Tabudlo’s best-performing track on Spotify, amassing more than 18.3 million streams since its release. It also made it to the Viral 50 charts internationally including Canada, Singapore, Hong Kong, Saudia Arabia, and UAE.

“Binibini holds a special place in my heart as it is inspired by a previous relationship that left a lasting mark on my life. It expresses a powerful and indescribable attraction between two lovers, who are waiting for the right moment to show their true feelings. Seeing how much the song resonated with listeners not just locally, but globally is a surreal and fulfilling personal milestone and I’m thankful to have Spotify’s support throughout this time. I’m looking forward to continuing to grow as an artist and reaching more fans with Spotify’s help,” said Zack Tabudlo.

“We launched our RADAR program in early 2020 with the aim of amplifying the reach of emerging local artists. Seeing what Zack Tabudlo and Island Records Philippines / MCA Music has achieved is an exciting thing for us here at Spotify,” said Kossy Ng, Spotify Asia’s head of music. “As the first-ever RADAR artist with his track topping the Philippines Top 50 Chart for six consecutive weeks and also consistently ranking in the Global Viral charts, Zack’s accomplishment is a testament to how local and global listeners are connecting with his music on Spotify. We continue to be deeply committed to our local artists, putting their passion at the center of our efforts and helping them get the recognition they deserve.”

While Binibini continued its current reign, his  2020 single Nangangamba also entered the charts for the first time following Binibini’s launch to sit at #5 on the Philippines Top 50 and Number #1 on the Global Viral 50 charts, standing at 11.37M streams to date. With a combination of powerful and soulful vocals, and driven by melodic beats, Tabudlo is known for going beyond traditional pop and mixing a balance of new and old techniques in the track to bring his listeners on a journey.

Other Filipino local artists on the RADAR Philippines program include Alisson Shore, Alamat, BGYO, Elle Sabastian, Rob Deniel, Nathan and Mercury, covering a full spectrum of genres such as hip-hop, indie-folk, and much more. Listen to Zack Tabudlo here.

Paint the town purple with #SpotifyPurpleU