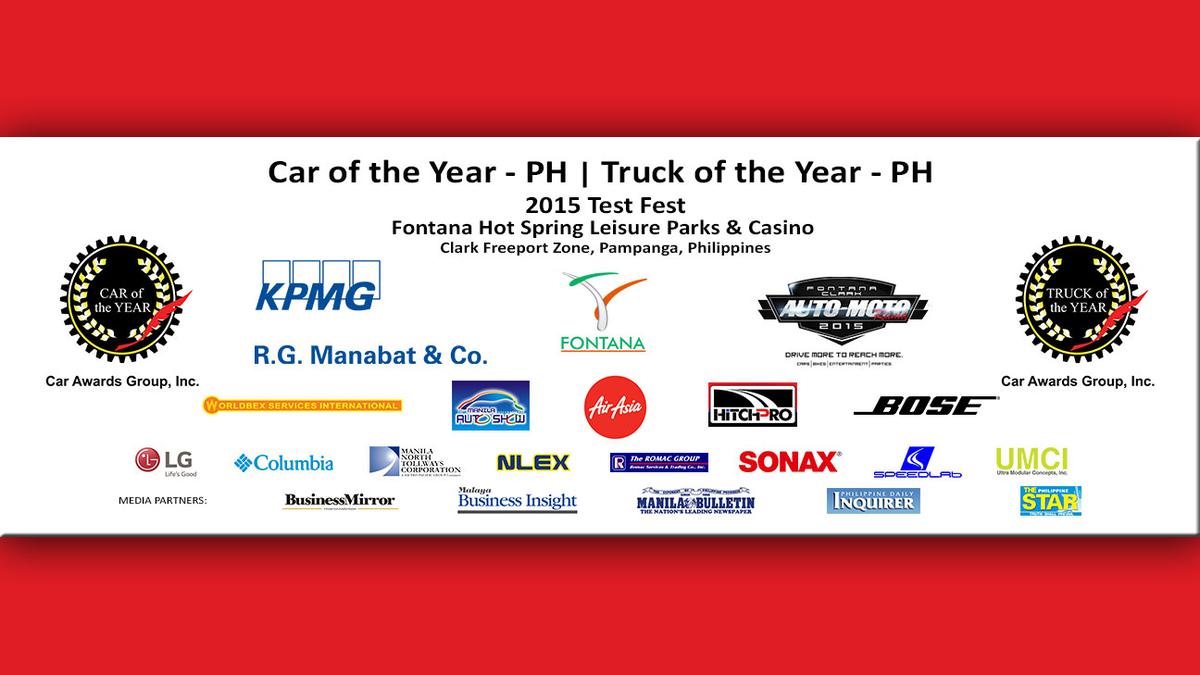 The Car Awards Group, Inc. (CAGI), is all set to begin their 12th testing season to determine the best of the best among the recently launched vehicles in the market today. With firm commitments from almost all car manufacturers and distributors, this year’s testfest promises to be a busy one for the participating members.

The Fontana Hot Spring Leisure Parks & Casino shall serve as the staging area for both qualitative and quantitative testing to determine this year’s batch of awardees. Participants go through a predetermined route inside the Clark Freeport Zone for the Quantitative testing. This year’s testing shall be held every Saturday of October starting on the 10th, with a possible mid-week schedule to accommodate all entries. A golf tournament and the awarding ceremony is scheduled to be held on November 13, 2015 to coincide with the Fontana Clark Auto Motorama 2015 to be held from November 13 to 15, 2015.

New this season is CAGI’S partnership with auditing firm R. G. Manabat & Co., a Philippine partnership and member firm of the KPMG network of individual firms affiliated with KPMG International Cooperative (KPMG International). The company has helped CAGI refine the COTY-P and TOTY-P Awards process and methodology, and shall conduct an independent validation of the testfest results.

Aside from the much-coveted Car of the Year – Philippines and Truck of the Year – Philippines titles, some of the categories to be awarded shall include Basic Subcompact; Subcompact, Premium Subcompact; Compact Car, Executive Car, Luxury Compact Car; Ultra-Luxury Car, Subcompact Crossover; Compact Crossover; Compact SUV; Midsize SUV; Pick-up 4×2; Pick-up 4×4; Subcompact MPV; Compact MPV; and Large MPV/Van. The entries that top their respective classes then become the candidates for COTY-P and TOTY-P.

Since its beginnings in 2004, CAGI has been giving more than a decade’s worth of awards to the most outstanding vehicles available in the market. Independently recognizing the best vehicles in each class without the sway of advertising revenue is CAGI’s contribution to raising consumer awareness. The group takes pride of the fact that their operations are free from any support from manufacturers and dealers, save for the vehicles submitted for testing.