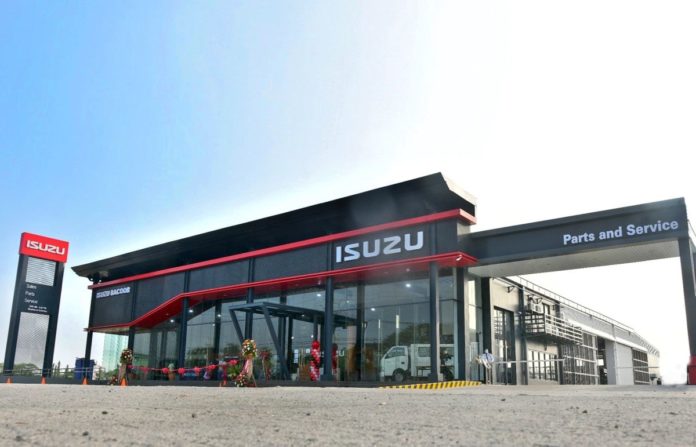 Covering a total land area of 5,000sqm, Isuzu Bacoor is located along Molino Boulevard. It showcases the new Isuzu IOS (Isuzu Outlet Standard) design highlighted by a sprawling showroom that can display four light commercial vehicles, and a service shop with thirteen LCV bays and two CV bays that can cater to all types of Isuzu vehicles, from LCVs to big tractor head trucks.

This dealership officially becomes IADI’s 11th dealership in Isuzu Philippines’ dealer network. It also extends IADI’s reign as the number one Isuzu dealer group—a recognition it earned in 2020. IADI, wholly owned by AC Motors, has been IPC’s partner since 1996 with a dealership network that spans the entire country.

Part of a two-pronged strategy to capture one of the fastest-growing markets in the region, Isuzu Bacoor will cater to the northern Cavite customers, while maintaining the current Imus branch that will eventually be its satellite office. Later this year, IADI is planning to establish another dealership in Dasmariñas City to cater to the southern municipalities of Cavite, ultimately covering the entire province as demand and service requirements increase.

For more information about the IPC dealership network and its roster of products and services, log on to www.isuzuphil.com.

5 reasons the Ford Ecosport is the perfect first car

#ZeroSafeguardTax on the Hyundai Reina to fast forward your business