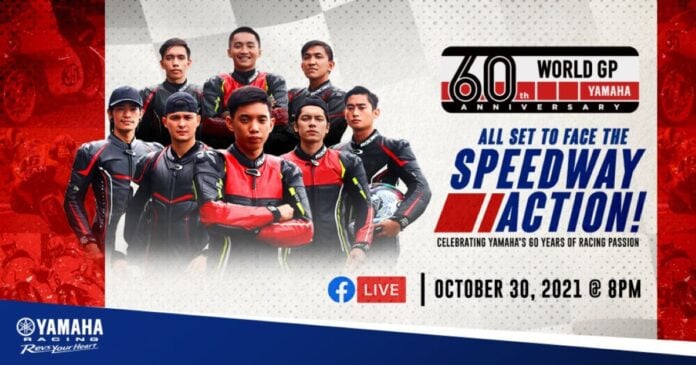 The WGP 60th Anniversary of Yamaha didn’t go without its own celebration in the Philippines with a racing event at the Carmona Race Track to commemorate the milestone. This is the first time since the pandemic that Yamaha has held an on-ground event. The highly anticipated event was exciting for both those on the racetrack and  the viewers who that watched through Yamaha’s Facebook page.

The race day pitted 2 teams against each other for a special WGP competition. Team All-Stars were made up of Mio ambassador Matteo Guidicelli, vlogger Motodeck, Yamaha racers J.E. “The Hitman” Inguito and April Mascardo. On the other side was Team Icons with actor Carlo Aquino, Yamaha VR46 Mastercamp Rider “The Wonderboy” McKinley Kyle Paz, media representative from TopBikes Matthew Galang, and Yamaha racer Kerwin Chang.

This roster of professional riders and motorcycle enthusiasts had a day filled with activities that tested their knowledge about Yamaha’s rich 60-year history in the WGP and their passion on the track.

The event was also an avenue to launch the brand-new special 60th WGP edition Motorcycles of the Sniper 155R and the Mio Aerox S. Each machine is an embodiment of Yamaha’s decades of racing excellence that continues to push the limits of a rider’s ability. Each is also a piece of history that Filipinos can have and experience for themselves.