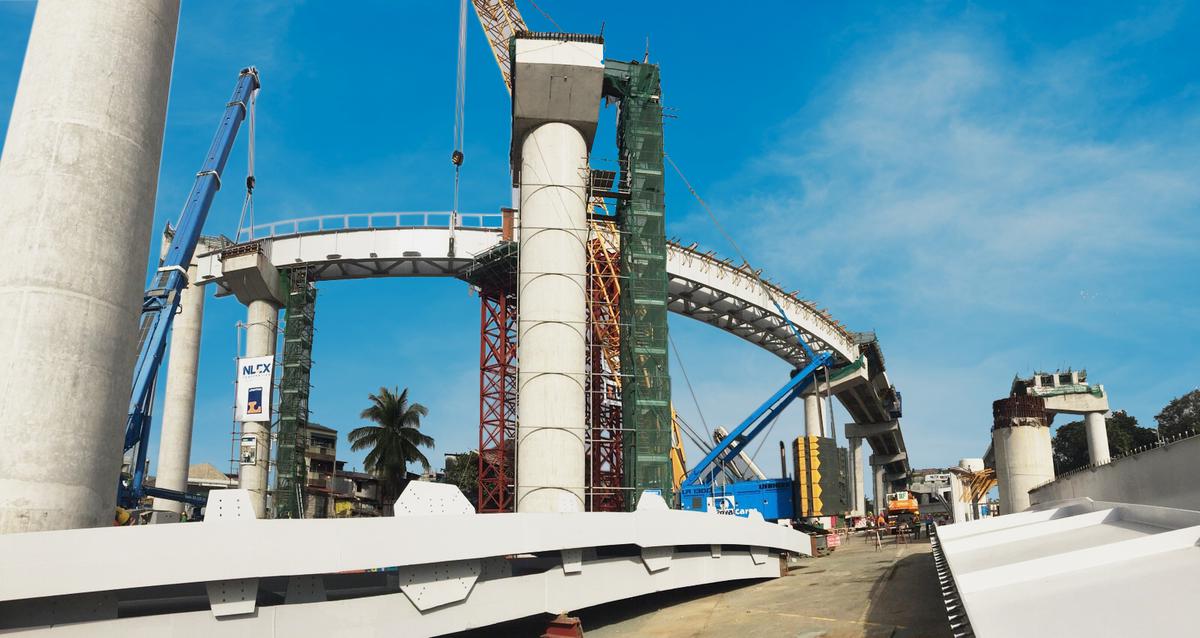 The multi-level NLEX Caloocan Interchange along C3 Road, which will serve as strategic converging point of NLEX Harbor Link Segment 10, its C3-R10 Section, and the NLEX Connector, will soon be completed with a massive steel girder launching undertaken recently.

This interchange is aimed at providing efficient journeys for motorists traversing the said expressway network from NLEX to Caloocan, Malabon, Navotas, Manila and vice versa.

“The installation of these girders is crucial in our construction process as we target to open the Malabon Exit by February 2020 and the entire C3-R10 Section by March 2020,” said NLEX Corporation president and general manager J. Luigi L. Bautista.

So far, the tollway company has completed most of the bored pile foundations for the C3-R10 Section while column, crosshead erection works, beam launching, and deck concreting are rapidly in progress.

With the project’s current status and utmost productivity at site, the tollway company is confident to deliver the project as scheduled.

“Our team is working double-time to make the C3-R10 Section accessible and provide travel convenience to our motorists,” Bautista affirmed.

Opened in February 2019, NLEX Harbor Link Segment 10 is the 5.65-kilometer, 6-lane elevated expressway that originates in Karuhatan, Valenzuela City over Governor Pascual Avenue in Malabon City and Caloocan Interchange. It is extending 2.6 kilometers from Caloocan to R10, Navotas City.

NLEX Connector, on the other hand, is also under construction. The 8-kilometer expressway is being built along the Philippine National Railways (PNR) tracks from the end of Segment 10 on C3/5th Avenue to PUP Sta. Mesa, Manila.

Public Works and Highways Secretary Mark Villar, whose agency is in-charge of the project, said the new interchange is essential to the completion of the NLEX Harbor Link Segment 10 C3-R10 Section—a highly anticipated expressway project that will benefit around 30,000 vehicles daily.

The C3-R10 Section will cater to port traffic thus significantly speed up the transport of goods from Central and North Luzon to Port of Manila.