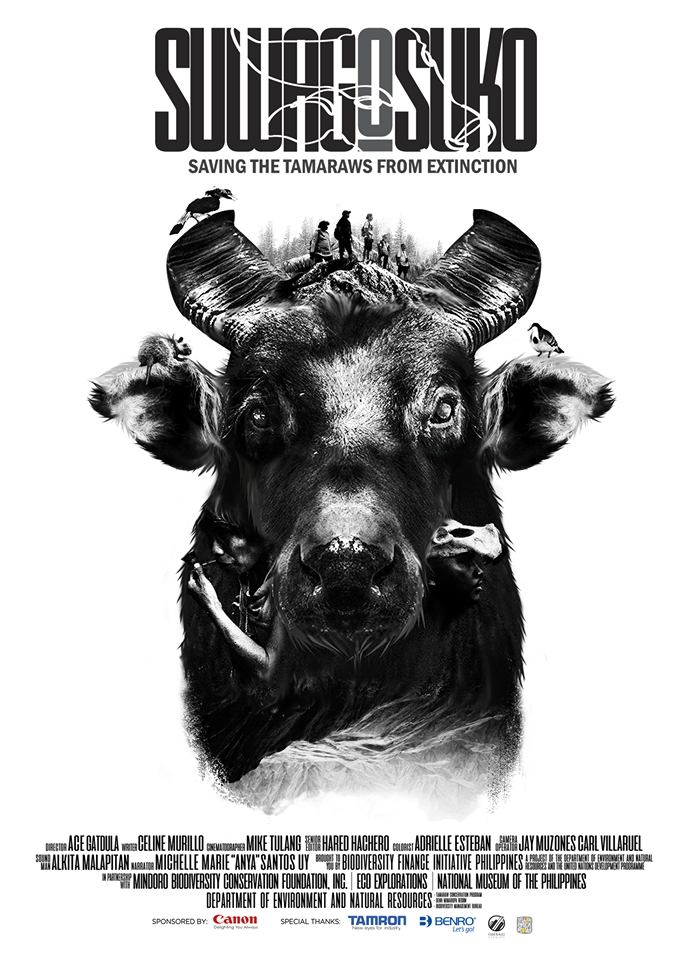 Canon Philippines continues to strengthen its biodiversity conservation programs as they once partnered with the United Nations Development Programme (UNDP) and Department of Environment and Natural Resources (DENR)  – Biodiversity Finance Initiative (BIOFIN). The partnership was made possible by a compelling expedition to Mount Iglit-Baco National Park (MIBNP), the last frontier of the Tamaraws, in a bid to protect the life and livelihood linked to the endangered animal. Footages of this expedition are woven into the 60-minute documentary titled, Suwag o Suko (Strike or Surrender), scheduled for nationwide release March 2020.

Considered as one of the world’s critically endangered animals, the Tamaraws are closely watched by a band of 23 rangers from the Tamaraw Conservation Program (TCP). The joint initiative of the UNDP and DENR’s BIOFIN and Canon Philippines sheds light on TCP’s conservation efforts and the many harsh realities faced by the rangers in the call of duty

“Hidden from sight, the challenge of conservation becomes all the more difficult. That’s why Canon Philippines and our partners are pooling our resources together to share the cause of the rangers to a wider audience,” said Vice President Anuj Aggarwal.

“Suwag o Suko is a call for solidarity, for us to collectively stand with the rangers and show our support for the Tamaraw’s and country’s biodiversity conservation efforts.”

The film follows the trail of rangers themselves, from when they leave camp to when they overcome external threats of weather, tensions arising from cultural practices, and come home to choose to strike or surrender their cause for another day.

Strike or Surrender: Making the Choice for Conversation

The documentary already premiered at the National Museum back in October in celebration of the National Tamaraw Month. It is scheduled for nationwide screening, including campus caravans, starting March of this year.

Suwag o Suko is intended to reach as many local viewers as possible and its narrative is told in the language of the rangers (Filipinos) but will be translated for native speakers of Cebuano, Hiligaynon, Visayan, Chavacano, and Bicolano.

“We do not want to simply raise funds for Tamaraw conservation through this film. We also want to spread awareness on the plight of the largest land mammal in the Philippines, similar to our very own Philippine Eagle, which is well known by Filipinos and people around the world,” said assistant secretary for climate change and concurrent director of the Biodiversity Management Bureau of DENR Ricardo Calderon. The DENR is currently reviewing the Tamaraw Conservation Program in order to strengthen the conversation of the critically endangered tamaraw.

“Found nowhere else in the world, the Tamaraws are a source of pride for Filipinos.  As the film’s viewers of the film will discover, the survival of these animals is closely linked to the lives of rangers and communities surrounding the conserved area,” adds Aggarwal.

Biodiversity conservation is one of Canon Philippine’s priority areas for outreach. Last May, the company joined DENR-BMB and BIOFIN to raise awareness on biodiversity’s role in upholding food security, in celebration of the International Day of Biodiversity. Likewise, the partnership gave rise to a video contest in June to help generate online resources on the importance of biodiversity on the nation’s health and food security.

Learn more about how to support TCP’s conservation efforts by e-mailing BIOFIN at [email protected] Meanwhile, catch a glimpse of Suwag o Suko by watching the trailer on the program’s Facebook page (https://www.facebook.com/suwagosuko/).

#SpeakUpForNature in “Earth Hour: Your Turn”