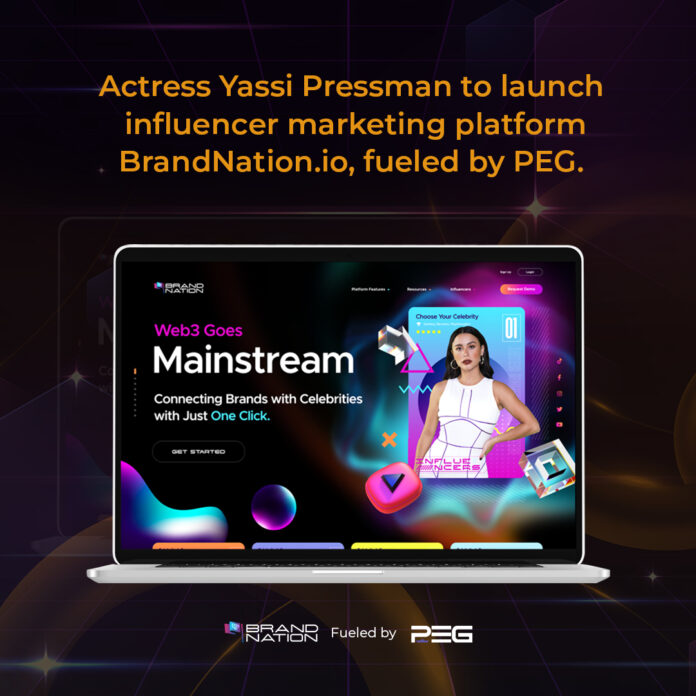 While millions of Filipino fans around the world may be most familiar with Yassi Pressman for her work as an entertainer, she is now gaining an equal amount of success as an entrepreneur. The twenty-seven-year-old Pressman is gearing up for the launch of BrandNation.io, backed by a dream team of top investors and technologists.

It’s important to note that Pressman has achieved this milestone amid a bleak investment climate. According to Crunchbase, Q3 was the worst quarter for venture capital fundraising, since the first quarter of 2020, when the uncertainty of the pandemic still cast a long shadow on the startup world. This current dearth of venture capital points to a general downturn in startup innovation.

The fact that Pressman managed to raise support from investors and technologists points to the value of BrandNation.io. As an influencer platform, BrandNation.io will connect influencers, brands, and their fans all on a single platform that will serve as the hub for promotion, exposure, partnerships, and revenue-generating activities in the space.

The features will be robust and advanced for each stakeholder. Brands, for example, will be able to automate the campaign creation process for influencer marketing in just a few clicks, gain access to real-time data about each campaign, and achieve mainstream adoption through collaborations with even A-list celebrities, including Pressman herself.

According to Pressman, influencers and celebrities will be drawn to BrandNation.io because it will be a channel to work in a future pillar of the economy: web3.

“There’s a lot of noise in the web3 space, so it’s difficult for influencers and celebrities to find legitimate brands to work with. Some in other markets mistakenly endorsed projects that were later proven untrustworthy. BrandNation.io eliminates this problem: We connect with only the best, most trusted brands in the industry,” said Pressman, who added that the core mission of BrandNation.io is to be a bridge into web3.

To provide further context, ventures in cryptocurrency and web3 face an uphill battle when trying to get in touch with these influencers. BrandNation.io streamlines this process by putting brands in touch with the best influencers for them in just a few clicks.

To achieve this goal, BrandNation.io will offer multiple features that benefit all stakeholders, such as complete integration with all social media platforms, such as Facebook, TikTok, and Twitter, as well as real-time rewards and payments via PEG Token, the native token of Players Elite Guild.

This PEG Token is notably backed by BLX, the native token of BLOX, a decentralized autonomous organization (DAO) registered in Wyoming, United States. Through this technological backbone, users and brands with PEG can more easily transact with one another for collaborations and partnerships, directly through the platform.

Pressman said that BrandNation.io is set to start in the Philippines during its phase one launch this fourth quarter of 2022, and expand into Asia Pacific as part of phase two, before achieving virality as a product and going fully global.

“Every country has its flagship startup. I think BrandNation.io can really represent Filipinos well on the global stage, as it plays to our strengths: Our country, after all, is the social media capital of the world. It’s about time that we show the world how brands, influencers, and consumers can more efficiently perform our influencer marketing,” said Pressman.

Check out BrandNation.io for its coming Philippine launch are encouraged to visit its home page or reach out to Pressman and the team at [email protected].